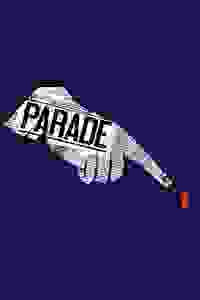 A concert revival of the dramatic musical about the conviction of Leo Frank, based on a true story.

Later known for its unrelenting combination of historical detail with hauntingly poignant lyricism, the original run closed after only 84 performances.

Recommended for audiences ages 13 and up.

See it if Great story with good music and writing. Relevant.

Don't see it if Framing song is relevant and seem to glorify the confederacy. Very little is explored of the anti-semitism. Needs book updating.

See it if You like emotional musicals with s serious subject matter. Great music and vocals from cast. Had always wanted to see this show.

Don't see it if You are looking for an upbeat or happy musical.

See it if You like super talented all star casts doing shows that are frighteningly relevant with todays scary political turmoil. Cumbersome staging.

Don't see it if You’re looking for fluffy, ray of sunshine sort of theatre. This was dark and foreboding.

See it if you like a powerful drama with great acting, based on a real disturbing event of anti semitism that is very relevant today.

Don't see it if you don't want to see a lynching onstage or disturbing hate talk. Read more

See it if You want to see one of America’s greatest musicals — one that is very rarely revived — with an incredibly talented cast and orchestra.

Don't see it if You dislike dramatic shows that are a punch in the gut. This is a very sad true story from 1915, though relevant today.

See it if you’re interested in true, historical dramas; love Jason Robert Brown; or are craving some excellent performances and resonant themes.

Don't see it if the idea of child murder, antisemitism, or wrongful convictions are triggering for you. Read more

See it if you want a story that has something to say, performed by people at the height of their craft. This is a very important show, especially now.

Don't see it if you only like jukebox musicals.This score is brilliant. The staging and performances are terrific.The subject matter is important.

See it if All-star cast. Brown himself conducted lush score. Ben Platt and Micaela Diamond are terrific in challenging roles with a wonderful duet

Don't see it if it is very dark and deals with difficult issues -- which I appreciated, but would be problematic for a Broadway transfer

"Platt and Diamond are fearless performers...Their commanding vocals are matched by a confident production that revives the best of the original while pointing at the possibility of growth, and hope."
Read more

"It is an unapologetically dark and tragic musical...contains one of the most genuinely romantic and rhapsodic duets in all of musical theater, a stirring choral anthem...Although uneven, unwieldy, 'Parade' is a deeply moving, critical-minded, extraordinary piece."
Read more

"Arden's production of 'Parade' captures the zeitgeist, Dayenu. That it's so good, with an excellent company and tight orchestra, is an even bigger mitzvah."
Read more

"As far as the plot goes, it's pretty straightforward... Let us heap praise by the barrow-load upon the entire cast, with many rounds of applause to the glorious score."
Read more

"The entire, ever-present cast—principals and ensemble—appear to be as engrossed in the proceedings as the audience...It is advised, though, that interested playgoers do try to see this production before—to borrow a phrase—this 'Parade' passes by."
Read more

World events have inadvertently raised the significance of the New York City Center’s Annual Gala presentation of the brilliant new staging of the Jason Robert Brown/Alfred Uhry musical "Parade" which debuted over two decades ago. Anti-Semitism and xenophobia have risen to epidemic levels. This moving dramatization of actual events drives home the inevitable results of such unreasonable hatred.
Read more

"It’s an incredible show, though, and Arden and his team must be applauded...I would not be surprised if this production gets another life and I’ll be going back repeatedly if it does."
Read more