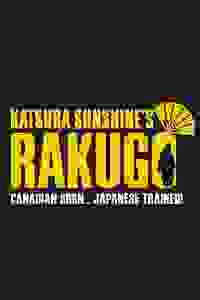 The only living non-Japanese Master of the art of comic storytelling, brings Rakugo to New York.

Katsura Sunshine's 'Rakugo' features a lone storyteller dressed in kimono on a minimal set. He uses a fan and a hand towel for props to tell a comic monologue followed by a traditional story.

Rakugo is the 400-year-old Japanese traditional art of comic storytelling. Katsura Sunshine, who is originally from Canada, is the only Western Rakugo Master of the 800 Rakugo Masters. Sunshine's show bridges the gap between the East and the West.

The show was nominated for an Off-Broadway Alliance Award for Best Unique Theatrical Experience. Sunshine was also the bilingual MC for the opening reception of the G20 Summit in Osaka.

See it if If you want to see a comedy one person. Talks about Japanese culture.

Don't see it if Thought it was unemotional at times and repetitive.

See it if You want to experience a multi cultural stand up show or if you like one person shows.

Don't see it if If you don’t like one person shows.

See it if you have a kid in tow for Long Name, Miso Bean, Tiger...the stories were kid pleasers. I found them repetitive and only mildly humorous

Don't see it if you expect a full program of entertainment; 11/19 was 50 minutes. KS ardently tried to please; interesting exposure to Japanese comedy. Read more

See it if you'd like a little exposure to Japanese language and customs where you get a few chuckles by a charismatic storyteller.

Don't see it if you expect hilarity - I got to the punch lines before he did! Also, this adult version contained 1/3 of his family show by his own admission

See it if you are interested in Japanese culture. It is an opportunity to see this technique demonstrated in English with acknowledged differences

Don't see it if you dislike presentations with no physical action or humor that depends on lots of verbal repetitions.

See it if you'd like to see a Japanese form of humor done by a Western man. Funny at times and simple staging.

Don't see it if you want to see a comedy or a performer with strong personality.

See it if Katsura's quirky, ingratiating persona is the highlight of this fusion evening of Japanese storytelling & stand-up Intro monologue well done

"‘Katsura Sunshine’s Rakugo’ Offers Stand-Up Comedy Without the Standing: Mr. Sunshine is one of the rare Westerners to become a master of the centuries-old Japanese comic storytelling form."
Read more

"It's almost impossible to dislike Katsura Sunshine, whose presence is immediately disarming… If you question whether the funny would get lost between different cultures, rest assured because here, humor is quite the universal language and laughter never needs translation."
Read more

"I’ve seen rakugo in Japan but never in English, which made it such a delight to visit…Katsura Sunshine’s often hilarious performance…His audience-friendly act…ranges from 15-second jokes to extended narratives, always with an inevitable punchline…Just watching Sunshine’s facial and gestural contortions is worth the price of admission."
Read more

"The stylized telling involves a great deal of repetition, mobile facial expressions, sound effects and much exaggeration—all delightfully intimate and low-keyed...'Rakugo' may be a bit coy and small-scale in its storytelling for Americans, although it is difficult to judge by this one, singularly unconventional tale. It lacks the colorful staging of other Japanese classical theater forms, but has an intimacy and a feeling of improvisation that makes it easy to love."
Read more

“A funny, exciting performance of traditional Japanese stories. Sunshine is a bright and emphatic performer...He is a delightful storyteller...He talks very fast, which makes silent or pantomimed moments more entertaining than you’d expect...If you’re looking for a good way to laugh and forget your troubles, and also learn a few things about Japanese culture, this is the show for you.”
Read more