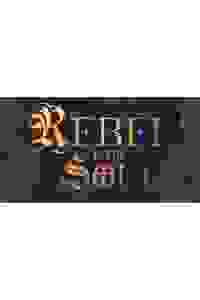 View in admin
Rebel in the Soul
NYC: Chelsea
75
Score it Scored!

Rebel in the Soul NYC Reviews and Tickets

Irish Rep presents the world premiere of this new history-based drama about the political maneuvering of three passionate men in '50s Ireland regarding postnatal and children's health care.

In 1948, 33-year-old Dr. Noel Browne was elected to the Irish Parliament. Handsome, intense, arrogant, and unpredictable, he possessed little political skill but a burning ambition to rid Ireland of the scourge of tuberculosis, which had wiped out most of his family. Upon the introduction of his “Mother & Child Scheme”—a plan to provide free postnatal care to women and children under the age of 16—he quickly found himself at odds with the “Man of Destiny,” party leader and ex-Irish Republican Army chief, Sean McBride, and the ruthless, obsessive tactician, Archbishop of Dublin, Dr. John Charles McQuaid.

See it if Kirwin's docu-drama about post Irish social politics it too cluncky to have the potent impact it should. Monologue style kills dramatic pace

Don't see it if Moore's leaden direction slows already wordy nature of piece. Keating's Archbishop ignites whenever he's on stage which alas is not enough

See it if you have an interest in Irish history and/or are particularly intrigued by health care issues.

Don't see it if you are looking for dramatic conflict. The differing opinions are diluted by the use of monologues, rather than by conflicting dialogue.

See it if Will learn about an unfamiliar character in recent Irish history. Still relevant political discussion

Don't see it if Feel monologue laden, talky and undramatic

See it if you enjoy a historical drama, relevant to today's discussions, in an intimate theatre.

Don't see it if you seek escapist comedy or dance numbers.

See it if you like to learn about history through plays

See it if You like to see a play about a serious issue facing our country. It about the politics of health care and how things haven't changed.

Don't see it if You don't like serious historical drama.

See it if A small, elegant production of a page of Irish history that twines politics and church. Partly overly didactic, especially when the main...

Don't see it if ...character addresses the audience, but also inspired & revelatory of a system that substitutes piety for good works.

"'Rebel' is a tale chock-full of relevance, so why does this world premiere fail to stir the soul? Some of it has to do with the way Kirwan introduces us to the story: A series of extended monologues...exhaustively establish the exposition before any characters are actually put in dialogue...Fitzgerald's performance occasionally betrays Kirwan's lazy construction...Director Moore at least makes the context of Irish politics clear in a mostly ham-fisted production."
Read more

"If the playwright had really let his characters engage in the cut and thrust of ideas and personalities, struggling over a piece of legislation that is really a proxy war for a nation's soul, how much more gripping 'Rebel in the Soul' would be. The business of giving each character great big dollops of exposition turns the theatre into a lecture hall, leaving not enough room for the intriguing conflicts at the drama's center...If you're going to write a play, for heaven's sake, write a play."
Read more

“If this all sounds a bit over-intellectual, well, so is the play. Though the intelligent script may be based on real people, they are forever describing themselves--and each other--in ways that real people never do. Think about practically any play by George Bernard Shaw, and you begin to get the picture. And although Moore, as director, has done much to compensate for the tiny stage space on which the expansive story unfolds..., she isn't abetted very much by her actors.”
Read more

“Kirwan employs the monologue as his chief dramatic device which allows his trinity of principals to exercise their verbal prowess and argue their specific political views…However, a string of monologues can also result in a loss of emotional power. While Kirwan does punctuate his script with more dynamic interchanges, the piece never completely flies. That said, there are powerful moments…A solid diversion for those who like their theater with a twist of politics.”
Read more

"It is a politically charged drama that's both informative and compelling. Patrick Fitzgerald plays Dr. Noël Browne with brilliant intensity, perfectly capturing the character's arrogance and ambition...The play is a bit heavy on the monologues, but then again, these provide character insights that the audience couldn't get any other way...'Rebel in the Soul' is your chance to experience some of the most formidable characters in Irish history up close and personal."
Read more

“Crisply staged by Charlotte Moore...it's consistently gripping although it too often substitutes expository monologues for dramatic action. However, several scenes, especially a riveting discussion toward the end between Browne and the Archbishop of Dublin, make up for the playwright's overdependence on direct address…Given the room's intimacy, though, it wouldn't hurt for the men to lower the decibel level and stress the realism of their intentions over the grandiosity of their rhetoric.”
Read more