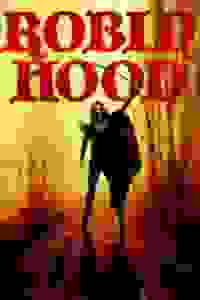 New Victory Theatre presents a swashbuckling adventure from Seattle Children's Theatre; a classic story theatrically told by a cast of four through fast action, sword fights, trickery and puns, and lots of mischief.

Medieval folklore comes alive with sword fights and archery as the Prince of Thieves and his merry men do all the wrong things for the right reasons. The legendary tale of good versus evil, 'Robin Hood' inspires with his attempts to equalize the paupers with the pampered. Word play and physical comedy make light of the Sheriff of Nottingham and his soldiers’ desperate attempts to capture the elusive Robin. With relentless quick wit, a versatile cast of four takes on every role from the sneaky Sheriff of Nottingham to the sassy Maid Marian to bring the legend of England's most famous outlaw to life.

See it if you like great actink and thought-provoking performances. Good for adults, too.

Don't see it if you don't want another version of Robin Hood.

See it if you're looking for a show that you can bring the kids to. I saw it with an audience filled with children and the energy was infectious.

See it if Great sword fights and costumes.

See it if I saw it at Doane Private college. It was amazing they toke a classic and then changed it.

See it if If you like a fun energetic show that teases and pleases.

"It’s perfectly pitched to the 10-and-under crowd, as well as anyone older who admires witty and inventive stagecraft...'Love of theater starts here,' New Victory’s slogan goes. This troupe from Seattle certainly makes a zippy contribution to that mission."
Read more

"A delight designed for children and adults. This show never talks down, but encourages audience participation, which keeps your child’s attention and yours for about two hours. That in itself is impressive...The serious themes are balanced with just the right amount of humor. There was no mistaking the laughter from the children or the ooh’s and ahh’s. This is the perfect swashbuckling treat for the entire family."
Read more

"The production is very child friendly, encouraging audience participation...The cast is hardworking and likable. They move about the set quickly and athletically and ease seamlessly into different characters, with the help of quick costume changes. The sound effects lend a lot to setting the atmosphere. This is a thoughtfully and well-executed production on every level."
Read more

"Its 'We sure could use a Robin Hood to save us now' opening and closing isn't as heavy-handed as it could be, and the rest is told with a sense of humor that had the kids in the audience laughing and cheering from their seats...'Robin Hood' offers kids of all ages food for thought at whichever level is right for them. And it's also, as mentioned previously, very funny, to boot."
Read more

View in admin
B
Marcia Kellogg

"Though the speaking cast is just four members strong, they bring to life all of your favorite characters from this classic story. Along with well edited lighting and sound, the audience is immediately taken to the edge of Sherwood Forest...Soon, the actors are swinging across the stage, sword fighting and rocking out to air guitar–yes, really! The audience was laughing, gasping, and sitting on the edge of our seats."
Read more

"Director Allison Narver’s lively, compact staging nods to the present mood. But it’s the durable, ever-relevant legend of England’s most beloved outlaw, delivered with robust stagecraft and irreverent high jinks, that wins you over...Narver has granted the cast license to really cut up and make derring do, and they do."
Read more

"Simply the mention of Robin Hood evokes images of high adventure and the all-too-familiar story of good versus evil. On its own, it’s a ripping yarn sure to entertain the kids. In the hands of Seattle Children’s Theatre you can expect a treat Go see this show – your kids will love it...! 'Robin Hood' at SCT is one of the most entertaining theatrical experiences in town."
Read more