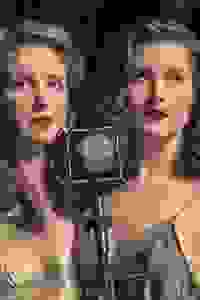 Set in 1943, this drama concerns two sisters who infiltrate an underground bar that caters to jazz-loving Nazis finding an escape in the music they are meant to forbid. Part of the 2018 Planet Connections Festivity. More…

One particular SS Lieutenant welcomes a sweet romance, though these girls have been tasked to seduce him to a darker fate. Inspired by several true events woven together to create an evening of music, dancing, boozing, and secrets.

See it if You like shows that are a bit outside the box-a bit all over the place, but come together to ultimately tell a smart riveting WW2 drama.

Don't see it if If you don’t like shows done on a shoestring. I appreciate them but you do have to be able to fill in a lot with your imagination.

See it if you are interested in innovative scripts, inventive staging, or in looking at a unique act of resistance to the crimes of the 3rd Reich.

Don't see it if you want a traditional play, or have no stomach for hearing about Nazi atrocities.

See it if YOU WANT TO REFLECT ABOUT WW 2 IN EUROPE. THE TWO WOMEN WERE GREAT.. THE BAND WAS PART OF THE SHOW. NICE LIGHTING EFFECTS INTIMATE SETTING

See it if About two young women dealing with WW II.

Don't see it if If not interest in time period.

Also At times could not hear the Cast talking for the direction they were facing. The fan was on in the room, and with the music sometime cut the sound of hearing the Cast talking. But in the way that may it feel more reel. For in a club you have music and noise going on. This show is a good show and with work will get great.... Read more Read less

See it if You like being bored. You're obsessed with the very small resistance against the Nazis.

See it if You're up for good costumes holding up a too-long script made indecipherable by an inaudible cast. Plot and character points lost upstage.

Don't see it if You're expecting clear plot, actors projecting or some idea of Amsterdam, 1943 or the Resistance in WW II.

Also Who knew that a long night in 1943 Amsterdam could sound like Depression-era Memphis or New Orleans? And with a rap tune thrown in to boot? Only the 3 word program note gives a clue.

It's difficult to know what playwright and lead Erika Phoebus had in mind here, since the cast, quite often drowned out by the competent if weirdly joyless onstage band, didn't project vocally, leaving plot and motivations muddled. Isaac Byrne's direction seemed to take a back seat to Phoebus's energy, leaving all lax, long & unfocused.

Still, the concept of Resistance assassins as "rusalkas," seductive, dangerous female spirits luring young men to their untimely ends, according to myth, is novel. Too bad, the dip into melodrama, compounded by many things, including that extra pistol in the prologue — the theatrical concept of "Chekov's gun" may be old but it's certainly sound.

Phoebus & Elizabeth Kensek were well matched, even if Kensek seemed lost at times, and T.E. Hackett on drums held all together.

See it if you enjoy a slow evening and actresses difficult to hear. Idea seemed good execution not great.

Don't see it if you enjoy a strong story, direction and a show worth your time. Definitely a festival show - there are better.

Don't see it if If you prefer air-conditioning and accoustics; setting a play in 1943 and mentioning Kristal night does not qualify for based on true events

See it if An interesting, unusual play with music about women resistance fighters in WWII is of interest

Don't see it if You're not interested in the topic.

See it if you like moody period pieces or have an interest in WWII and/or The Resistance.

Don't see it if You have poor hearing (it was very difficult to hear in the venue, which made it harder to understand and therefore enjoy).

See it if you can!

See it if You are interested on seen a classic very well represented in a creative way full of interesting details.

Don't see it if You are not interested in the subject, but the theater piece is really worth of seen.

Also The audio of actors crucially needs to be improved. The band is a wonderful part of the piece with excellent music embedded in the action and they rightly control volume, despite that, It is sometimes difficult to listen the actresses because of the ventilation equipment noise. Other than that I believe this is a most see piece.... Read more Read less

See it if You enjoy intimate staging, minimal props, and an absorbing performcace. You would like to see a inventive and well written new play

Don't see it if You prefer a theater to have ac or conventional seating. You are looking for a light hearted play. You are bothered by quiet acting

See it if you like the subject matter of the holocaust, or history.

Don't see it if This time in history is disturbing to you.

See it if You are interested in knowing more about the second world war.

Don't see it if You are not ok with seeing weapons on scene.

"Presents an explosive mixture of eroticism and danger, but not in a cheesy, action-film-like way...'Rusalka' is at its best when the dialogue yields to the dynamic, dance-like staging...Occasionally the dialogue and vocals intertwine, transferring the audience into the consciousness of the chara...
read more
Get Alerts Alerts On Alerts Off

Theatre 4the People
Producer
Get Alerts Alerts On Alerts Off 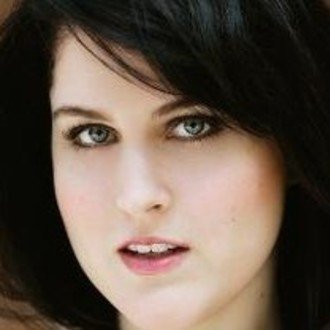 Erika Phoebus
Playwright
Get Alerts Alerts On Alerts Off 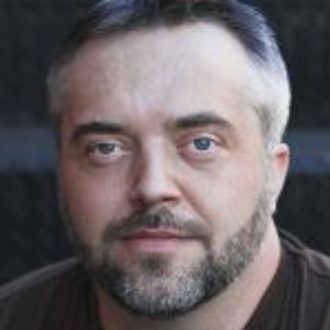 Isaac Byrne
Director
Get Alerts Alerts On Alerts Off