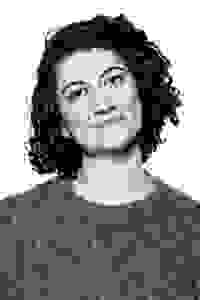 A new thriller tracking the human cost of immigration policy.

Taroon once served as an interpreter for the U.S. military in Afghanistan. Now the Americans — and their promises of safety — have withdrawn, and he spends his days in hiding, a target of the increasingly powerful Taliban. On the eve of his son’s birth, Taroon must remain in his sister’s apartment or risk his life to see his child. Sylvia Khoury’s play looks at the overlooked legacy of America’s longest — and ongoing — war.

See it if Interesting and absorbing story with some very intelligent reveals. Very well acted.

Don't see it if Some illogical writing, really doesn't make sense and severely detracts from the natural flow of characters' actions & audience enjoyment

See it if You enjoy family dramas. Felt it was strongest during the intense/suspenseful moments. Really well done with great performances.

Don't see it if You can look past plot holes. Some story choices didn't make sense. Was disappointed in the ending, wish they took in different direction

See it if You want to see an example of how the war in Afghanistan had more layers than we could have ever begun to understand. Tense. Terrific drama.

Don't see it if You’re looking for something light and fluffy or something that’s not going to challenge you a little. Read more

See it if you want to experience the sound and sight of living in fear when promises are broken and lives are threatened - you will feel the tension.

Don't see it if you are bothered by loud sound that opens & then ends the play or you cannot sit through a one act loaded with tension among the characters.

79
Brings to life as a family drama the tragic fate of those afghanis who helped the americans but then were abandoned to the taliban, with that fate extending to their family & friends

Don't see it if ending stuffs way too much into it; melodramatic & at times strains credulity; script functional not elevating Read more

See it if you like a powerful and intense drama.I was on the edge of my seat the entire time. Great acting and script.

Don't see it if you don't like a tense drama. Read more

See it if Family dramas that is intense about living in fear and war.

Don't see it if You want a light and happy show.

See it if you’re looking for a show that’s relevant to current events or are a news junkie.

Don't see it if you’d rather be blind to the struggles of people outside our borders (even though we cause many of those struggles).

In Selling Kabul, Khoury employs the basic tools of stage thrillers to evoke the plight of a family caught in deadly political crossfire… As tense and involving as Selling Kabul is, however, one wishes that certain inconsistencies had been ironed out in the months since its thwarted March 2020 debut… Still, Khoury is a talent to watch.
Read more

"Khoury’s achievement is unmistakable...Since Selling Kabul is a high-wire drama, worse developments befall Taroon, Afiya, Jawid, and Layla. The four are a row of vertical dominoes collapsing, though no further shocks will be itemized here. It’s enough to say “drama” hardly begins to describe what goes on. Even moments of melodrama poke through. Aside from Layla’s initial visit and an exchange between Taroon and Jawid towards fade-out, bickering and outright knockdown-drag-outs dominate."
Read more

Will a former Afghani U.S. Armed Forces interpreter get himself and his family out of the country before he’s captured by the Taliban in 2013? This is the crux of playwright Sylvia Khoury’s gripping, thoughtful and suspenseful drama, Selling Kabul. In a straight through 100 minutes, Ms. Khoury crafts an accessible overview of that conflict, sets up a compelling story and employs a classic plot device. Khoury’s smooth passionate dialogue imparts exposition and biographical details while advancing action with technical accomplishment.
Read more

"With “Selling Kabul” playwright Sylvia Khoury gives us a thoughtful, riveting exploration of the human costs of war once the fight is over for the state, but ongoing for the individuals decommissioned from the effort – on every level."
Read more

As timely as the drama might be, I think it would be a mistake for theatergoers to rely on “Selling Kabul” as a source of information about Afghanistan or the U.S. involvement there. Rather, it is a twisty drama that benefits from a fine production ….an increasingly taut weave that tightens around the characters’ necks. If you look too closely, though, there are some holes in that weave
Read more