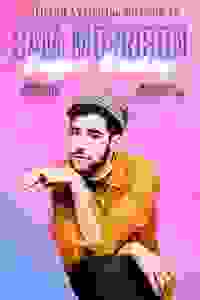 Sugar Daddy follows comedian Sam Morrison as he meets his late partner at a gay bear festival, and finds hope and humor in grieving his passing.

See it if You are interested in a gay comedian’s one man show detailing how he copes with grief following the death of his boyfriend from COVID.

Don't see it if You don’t enjoy one person shows. Closer to a standup comedy set than play. Read more

See it if you like fresh, inventive humor ... and a very seductive performer. Also, if you're brave enough super-gay content.

Don't see it if there is anything about gay life that bothers you. This show leaves nothing to the imagination.

See it if you enjoy funny and heartfelt comedy and a look into humor as a way to heal grief. Beautifully done. Sam is a joy and very vulnerable

Don't see it if you don't like some gay humor and sexual references though its done so well.

See it if You are open to a beautiful, moving account of a love story with many hilarious and touching beats throughout.

Don't see it if You have bad taste.

“ 'Sugar Daddy' is a kind of group therapy...Turning his tragedy into comedy doesn’t mean it makes any more sense. But if joking can make grief less sacred and more profane, what’s a bit of laughter between tears?"
Read more

“The show is packed with detours, non-sequiturs, unprintable references to sex, and an in-your-face blood-glucose level check...Laughter may be the best medicine, but that doesn’t mean it’s easy.”
Read more

“While there is much to admire in the writing, the comedy tends to supersede the grief...Perhaps with time and more perspective, he will embrace the audience into the narrative more fully. How sweet that would be.”
Read more

“I was almost always amused by what he [Morrison] had to say and how he said or, um, unabashedly demonstrated it... he succeeds at broadening the concept of grief — of convincing holdouts that death may be no laughing matter, but finding a way to see it in an alleviating light can be.”
Read more

“In any case, Morrison provides much to think about, much to empathize with, and a generous supply of laughter for his audience, whether gay or straight. “
Read more