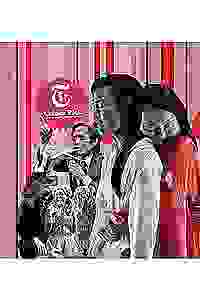 Ma-Yi presents an encore staging of "Suicide Forest," a bilingual nightmare play excavating the Japanese-American consciousness and its looming relationship with sex, suicide, and identity.

In 1990’s Japan, a teenage girl grapples with her sexuality in a nightmarish, male-defined society as a salaryman desperately tries to escape his masochistic psyche. Both are clawing for their self-worth. When their two journeys collide, they expose their darkest desires fueled by shame as they now confront life and death with the notorious Suicide Forest looming over their imagination. Performed by a Japanese heritage cast, "Suicide Forest" examines the role of community and the inner struggles of emotional, psychic and social suicide through the playwright’s lived stories and inner landscape.

See it if you love experimental, strange, other-worldly theater. SF is unrelentingly weird/unsettling. It makes cultural points, but has no real arc.

Don't see it if you want coherence; mostly incomprehensible. Theater's goal is to entertain &/or enlighten; I experienced neither. SF was NOT for me. Gd set

See it if If you like surrealist plays that are different in style and focus.

Don't see it if This play goes very dark. Some real intense moments . If you dont like sex, sex themes.

4/5 Stars. "It's a raw, provocative and eviscerating exploration of the artist's own identity, wrapped in the bubble-gum-pink and pastel hues of Tokyo export Hello Kitty."
Read more

"'Suicide Forest' is a fantasy on themes of identity in three movements. It is, by turns, brilliant, baffling, and highly self-indulgent…It's a head-scratcher, an original, an irritant. With this one, you're on your own."
Read more

"This illustrates the biggest problem with 'Suicide Forest': it takes on too many issues, jumping from social to sexual to mythological to intimate family subjects. Making the play even more difficult to understand is that it is performed in both Japanese and English."
Read more

Score: 90%. "For 'Suicide Forest's' frightening scope and ambition, it works because of its masterful creative shepherding. The depth of Lee's collaboration with Ogawa has effectively teased out many of the beats in Lee's script that make it so original."
Read more

"When the fourth wall breaks, this nightmare-vision play about Japanese-American identity cracks wide open, and what’s underneath is so heart-stingingly tender and explicitly personal that the whole work shifts...Go see it at the Bushwick Starr, where Aya Ogawa has directed a wild ride of a production...For a haunted daughter, this play is an exorcism. But it is also an embrace."
Read more

"Simultaneously confounding and thrilling...Lee's sudden swerve toward introspective navel-gazing is a double-edged sword: As touching as it is...it does also leech away the more beguiling sense of mystery the play had heretofore built up...Even if not all of Lee's formal and emotional gambits work, enough of them connect to make 'Suicide Forest' an invigoratingly risky, genuinely thought-provoking experience, one worth seeing no matter your linguistic and cultural background."
Read more