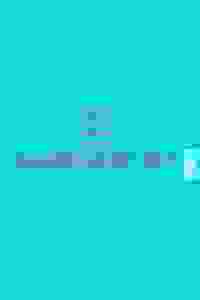 This annual festival of new American short plays returns to 59E59 for its 11th consecutive year.

The festival's two series consist of three plays each. See the lineup for Series B.

'Playing God' by Alan Zweibel, directed by Maria Mileaf: Unhappy that a brazen doctor fudged the due date of a pregnant woman's baby because of his vacation, God decides to put him in his place.

'Jack' by Melissa Ross, directed by Mimi O'Donnell: Maggie and George and Jack have been inseparable best friends since college. But when Maggie and George divorce, Jack is the only thing holding them together. Until suddenly he isn't. A play about growing up, growing apart, and letting go of your first love.

'Acolyte' by Graham Moore, directed by Alexander Dinelaris: Young marrieds and Ayn Rand devotees find themselves in over their heads when one of her weekly Saturday night discourses on philosophy takes a surprisingly personal turn.

See it if you like to see new works, especially short plays that create an entire world in a very short time. 2 of the 3 plays were wonderful.

Don't see it if you aren't willing to suffer through a dud play (the last piece was a bore) in order to see 2 gems. Loved the first 2.

See it if you enjoy a varied program of short plays that are well-performed. I liked it better than Series B.

Don't see it if you prefer full-evening works. Read more

See it if you’ll sit through two tedious shorts in order to get to a third, really well crafted one in which Ayn Rand spars w/ intellectual inferiors

Don't see it if you won't google Rand before the show. First 2 shorts are negligible so if the subject of the 3rd doesn’t interest, don't go Read more

See it if You appreciate the craft of the short play that still provides full dramatic experiences.

See it if You like small "in-the-works" theatre. "Jack" was the most decent of the 3. "Playing God" was funny, but, could be tweaked... The 3rd felt

Don't see it if Dated and pretentious... Overall, decent work, but, the 90-min felt dragged... I'll be seeing "Series B" next week.. We'll see how that goes

See it if you like plays that personify God; you want to see the top notch Yale Sch of Drama MFA '17 grad Bronte England-Nelson in a meaty role.

Don't see it if you don't enjoy short plays; you don't want to see 3 plays that aren't connected

See it if You enjoy seeing new work, short play format and excellent acting. All three plays were interesting, original and wonderfully performed.

Don't see it if You don't like dramatic or off Broadway theatre.

See it if You like small theater environment with 3 short, but absorbing plays. An inexpensive evening of really good theather.

Don't see it if you want the pomp and circumstance of a big production.

“‘Acolyte’ is so tantalizing that you want to know more about what happened, yet it also works perfectly in 30 tight minutes…‘Jack’ is a seemingly lighthearted piece that lands quite the emotional punch...Ms. Ross sometimes flirts with cutesiness but always stops short, and she neatly captures the ebb and flow of a conversation...Zweibel supplies the sugary filling with ‘Playing God’…It may feel like an extended skit, but Mr. Zweibel has a way with old-school one-liners.”
Read more

"Each of its three playlets takes a situation and diminishes it: We get an inert story about grief, a psychosexual talkfest that builds to an anticlimax, and a divine retribution plot with no thunder...Ross seems a draft away from done. Moore offers ‘Acolyte,’ a one-act burdened with an easy target...Sadly, nothing could rescue Zweibel’s ‘Playing God’...Despite a lazy Trump joke, the sketch seems to have been dusted off after years in the drawer. Back it goes."
Read more

"Ross’s play ‘Jack’ puts a sweet, hyperrealistic magnifying glass to a moment of closure between a divorced couple...Ross understands that dance well and maneuvers her characters through it with humor and sincerity...Zweibel's sketchlike comedy ‘Playing God’...Some of the silliness falls flat, but ultimately the play does raise some interesting questions...Moore's play ‘Acolyte’ is the wildest and most unexpected ride of them all…It's absurdity of the most revealing and fascinating sort."
Read more

“A superb variety of wonderfully performed pieces with moments that will make you laugh and touch your heart. The shows are tailor-made for your summer viewing…‘Playing God’ is a very clever and thoroughly enjoyable play…Edgy, yet amusing, ‘Acolyte’ is a well-conceived, thought-provoking show…An excellent opportunity to enjoy some of the best new plays that Off-Broadway theater has to offer.”
Read more

"'Acolyte,' the highlight of the evening...Under Dinelaris' taut direction, each member of the cast delivers...'Jack:' Despite the sad subject matter, what follows is frequently hilarious...Ross has a fine ear for the absurdities of her characters' arguments...After these two offerings, the third, 'Playing God,' is a disappointment. Zweibel's playlet is a limp television comedy sketch...Nevertheless, this is the best evening at 'Summer Shorts' in several years."
Read more

"A trio of plays, two of which are quite engrossing, with a third that serves more as a featherweight palate cleanser between the others...Ross's ‘Jack,’ a piece that earns both our laughter and our tears…’Playing God’ does seem like a piece of sketch comedy...This play is more chuckle-engendering than memorable...The biggest surprise is reserved for the final work in the 90-minute evening. It's a play called ‘Acolyte’...Moore has managed to create a fascinating piece."
Read more

"An evening of one-act plays is best when they are unified around a single theme or the plays have something in common. Series A of 'Summer Shorts 2017: Festival of New American Short Plays' is a delightful bill around couples arguing - but over very unusual issues. The three playwrights, each with their own sensibilities, represent Oscar and Emmy winners as well as a finalist for the American Theatre Association's Francesca Primus Prize."
Read more

"'Jack:' Playwright Ross shows a knack for the minor dramas of everyday life, whereas the two-person cast, under the guidance of director O'Donnell, convincingly portrays messy, sometimes illogical emotions...'Playing God' is rather slight, but there are a few witty one-liners worthy of laughs...Compared to the other short works, 'Acolyte' is tauter, with a faster pacing and a more sophisticated premise, providing plenty of food for thought once the curtain has come down."
Read more