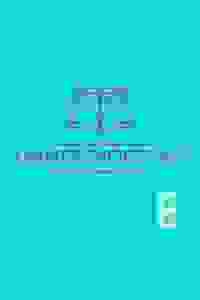 This annual festival of new American short plays returns to 59E59 for its 11th consecutive year.

The festival's two series consist of three plays each. See the lineup for Series A.

'Break Point' written and directed by Neil Labute: This play concerns the meeting of two world-class tennis players on the eve of their semi-final match at the French Open. Is this a friendly meeting, an elusive game of cat-and-mouse, psychological strategy, or is there something even darker at work here? A funny yet sobering take on masculinity, competition, sportsmanship, and the great American drive to succeed.

'A Woman' by Chris Cragin-Day, directed by Kel Haney: For the past ten years, every time her church passes around the anonymous elder nomination cards, Kim simply writes “A Woman.” This is because her NYC intellectual denomination does not allow women deacons. This year, her church's new pastor, Cliff, calls her bluff.

'Wedding Bash' by Lindsey Kraft & Andrew Leeds, directed by J.J. Kandel: When a newly married couple invites their two friends over for a post-wedding rehash, things get tense when it becomes clear that maybe people didn't love the wedding as much as they said they did.

See it if you like short pieces.Writing is quite good.BreakPoint drags a bit, but is interesting.Should be cut by 8-10 min.All are worth seeing

Don't see it if you like longer, more traditional shows.I was surprised that some of the acting was really weak.Usually these are very well done.Glad I went

See it if you like a varied evening with three completely different short plays. If you only have one evening, see Series A.

See it if you feel like channel-surfing but with plays. Most of these performances are pleasant and none make you think too hard.

Don't see it if 3 consecutive plays that consist almost entirely of people sitting and talking to each other would bore you to tears. Read more

See it if You like well-acted, well thought out, intelligent plays. Better than "Series A". "The Wedding" was the best; comical. "A Woman", on the

Don't see it if Other hand, was a little slow-moving... Nice staging; intimate. Worth the minimal fee...

See it if you like short plays that are unrelated to each other, whether funny or thoughtful, or both; you like provocative stories

Don't see it if 30 minute plays aren't your thing; you only like happy endings

See it if You enjoy short and young plays

Don't see it if You don't want to risk seeing something less than excellent. 2/3 plays were great; the first one was "under-cooked" and too literal

See it if You like to laugh at situations you can relate to.

Don't see it if You are looking for serious drama

"A delightfully breezy 90 minutes. It's a sampler platter of religious patriarchy, wedding antipathy, and athlete hero worship—each executed with insight, humor, and refreshing brevity...Cragin-Day writes a whip-smart female lead...Kraft and Leeds shift toward the sitcom-esque with their hyperbolic comedy 'Wedding Bash'...If 'A Woman' offers the best depiction of human nature and 'Wedding Bash' the worst, 'Break Point' shows us the most accurate."
Read more

"Superb playwriting, expert direction, and outstanding performances. ‘Summer Shorts’ is a true celebration of new American plays…Comedy reigns in ‘Wedding Bash’…The wedding bash gets bashed in this very clever show…‘Break Point' is a captivating view of one man's zeal for recognition at the cost of good sportsmanship and integrity...‘Summer Shorts’ is a highlight of the summertime theatre season. The plays are an excellent selection of pieces that will enthrall audiences.”
Read more

"It's good to see LaBute in fine form with 'Break Point,' the highlight of this year's B program...Under the author's acute direction, Greer nails both Oliver's entitlement and the flop sweat underlying it...Cragin-Day's 'A Woman,' the most original offering...Haney's sensitive direction is aided enormously by the work of Ikeda and Boyett...'Wedding Bash' is a frothy little sketch...The wrap-up is hasty and ill-conceived, but the actors mine the material for their fair share of laughs."
Read more

“Well-acted and thought-provoking...'A Woman:' Thanks to the excellent performances under Haney's direction, the back-and-forth is never less than compelling to watch...'Wedding Bash:' It's all basically a silly sketch comedy, but the dialog and performances make for a fun addition to the evening...'Break Point:' It's nicely done, and the two actors make you feel like you are watching a metaphorical game of tennis...All in all, the collection...is among the strongest in recent years."
Read more

"While the three plays in 'Summer Shorts 2017: Festival of New American Short Plays - Series B' have been given proficient productions each seems ultimately unsatisfactory. All seem like first drafts rather than completely fulfilling their potential. The three authors could learn a lesson from the three plays in Series A which all hit their marks. Interesting experiments but failures nevertheless."
Read more

"'A Woman:' A staid, thoughtful examination of what fighting for one's beliefs looks like...'Wedding Bash:' A cartoony look at the limits of friendship...Feels like something out of a 'Seinfeld' episode...It enables the short to acutely poke fun at the strange rituals of the modern wedding...'Break Point:' LaBute—who directs here as well—creates mysterious characters with murky motives...'Break Point' tantalizes us with the question of who really has the upper hand."
Read more

"This crop did not live up to past experiences. And the very odd fact about this is that all of the plays had the nugget of a great idea at their core...What is surprising here is that with all the talent that is out there ready to submit a script or to jump on stage, this choice of plays and actors was the best that could be found...I don’t know the process for this festival, so perhaps the cast was short on rehearsal time...The directors' work did little to give these stories a leg up."
Read more

“Brave, unique, and thought-provoking one-act plays…'A Woman:' Cragin-Day keeps the language natural and the tension unexpected. Haney’s direction keeps us intrigued and visually interested throughout. ‘Wedding Bash’ is an engaging piece with excellent performances from the entire cast…A highly humorous and enjoyable show…LaBute brings us nothing short of brilliance, satisfyingly delivered with the fine acting skills of KeiLyn Durrel Jones and John Garrett Greer.”
Read more