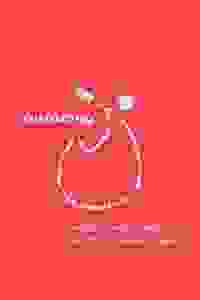 A new, unapologetic drama about family, sex, life and death, and starting over in 2018. Part of the 2018 Planet Connections Festivity.

Chelsea has no idea how to take care of her older sister, Marissa, after her failed suicide attempt, until they each discover the “horrors” of Tinder.

On a first date, don’t open with your botched suicide attempt.

See it if A very good story about siblings. Depressing at times. It will leave you thinking about it afterwards.

Don't see it if A minimal set. Deals with depression ; suicide. If you like musicals or something lite.

See it if a hybrid that sends up the straight cyber-dating scene even as it considers life's basic question (why go on?) sounds interesting to you.

Don't see it if you do not enjoy productions done on a shoestring budget.

Also This play won me over early on. On the surface it sends up the straight cyber-dating scene. But it’s really an examination of life's basic question: What is your purpose in life? And if you can't find it, should you even go on? All 4 characters in this play, 2 women, 2 guys, are appealingly quirky; all are treated like human beings, even the cocky rich guy who’s allowed to reveal surprising depths. The central character, a sometime-suicidal, almost-failed artist, & her much younger sister are very good when working out their excruciating relationship. They share a mother, but because of the age gap & their personalities, not a lot else. But they grow to. The guys they double date, though hardly stick figures, are discarded a bit peremptorily, like women are more often in these tales, but both actors make us care. (Confession: I'm gay & watching how straight people meet & mate is always like watching a similar but ultimately different species. Why can't you guys simplify this?)... Read more Read less

See it if you want to see sibling tension about suicide and partnerships. Some good acting but needs refinement to present a better production.

Don't see it if you have difficulty hearing in a acoustically challanging venue with air noise and background music/sounds with voices soft and too loud.

See it if You want to see something that is very honest, real and doesn’t beat around the bush

Also I’ve said it before and I will say it again there have been some duds at this festival but there have been some really great plays and this is at the top. I would be shocked if someone doesn’t take this play and produce it in an off Broadway venue. Doesn’t need to be cleaned up too much it’s ready to go as it is. Word must be getting out about this festival because the first weekend the crowds were very small but I’ve noticed this week they’re getting larger and larger and I’m so happy!... Read more Read less

Also I enjoyed this play. They all did a great job. There were some funny moments in this performance and there were many moments that were though provoking. I am glad I cam to see this play.... Read more Read less

See it if You want to see ~2 solid performances.

Don't see it if You want to see good direction. One actor wasn’t reined in and the transitions didn’t help the flow of the story.

See it if very relevant topic,great acting by the main character,complex plot.It will stay with you after you leave the theater.

Don't see it if uncomfortable seats, minimal staging, and sometimes it was hard to hear the actors.

See it if You enjoy contemporary work focused on the existential struggles of urban life, especially in regards to finding meaningful relationships.

Don't see it if You don't like contemporary work.

See it if You want to see a powerful, thoughtful meditation on life and the bonds we make. The characters all have depth, flaws, and likability.

Don't see it if You do not want to grapple with themes of depression and suicide.

See it if you like character-driven, dark comedies dealing with interpersonal relationships, you have a love-hate relationship with your sister.

Don't see it if you are scared of examinations of mental illness and suicidal tendencies, you are offended by casual sex, you hate millenials.

Also This play was surprisingly robust for a short-run festival. The bag is always mixed with downtown festivals since they're pretty much a dime a dozen these days. Surfacing deserves its own independent run. The writing was quick and quippy, always interesting, and the actors handled it with facility. I loved that the characters, even the protagonist, were satisfyingly damaged and complex. My primary complaint about the night has to do with the staging. Early in the play, a HUGE canvas was leaned up against a pole, blocking literally 50% of my sightline of the action onstage. That canvas remained there for the duration of the play. Why in God's name would you allow people to sit in those seats? I ended up standing for a few of the scenes so that I could peek over the canvas, and during the more intense scenes, where it felt like it might be intrusive to stand, I just sat back and listened.

Recommended. Just make sure you don't sit where I sat.

See it if you like plays that are somewhat dark, you have a brother or a sister, you have never been to this theater, cool space and great area

Don't see it if you prefer happy, upbeat, cheerful stories

Also I enjoyed this show-I like the way they went about things, there were lots of funny parts to lighten up the dark parts-it was very relatable having the characters be on blind dates-
the only reason I gave it an 80 is because the acting could have been better
... Read more Read less

See it if You have a sibling who drives you nuts, or have ever had a really weird Tinder date.

Don't see it if You react badly to frank discussion of depression and suicide.

See it if you appreciate dark humor and want to watch real, flawed humans deal with real life circumstances in an aggressively honest script.

Don't see it if you prefer lighthearted stories and don't want to watch heavy subject matter.

See it if You enjoy dark comedies, relevant narratives with depth and humor, and if you’ve ever been on a bad Tinder date (yep, that’s everyone..).

Don't see it if You don’t have a sense of humor or don’t have an appreciation for hard-hitting topics of discussion.

Also Surfacing is a fantastically relevant show that captures the experience of rebuilding oneself after failure or tragedy, with the messiness and vulnerability of putting the pieces back together and the underlying need to connect with others. It is an incredibly relevant show that makes you laugh, pushes you through discomfort and pulls on your heartstrings. A must-see!... Read more Read less

“Surfacing” hasn't been reviewed by any Critics (yet!) 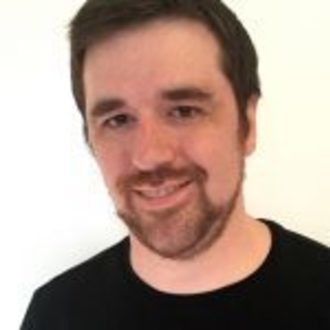 Mike Poblete (artist)
Playwright
Get Alerts Alerts On Alerts Off 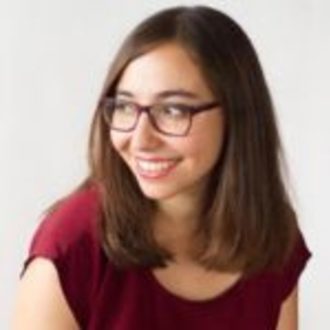 Daniella Caggiano
Director
Get Alerts Alerts On Alerts Off