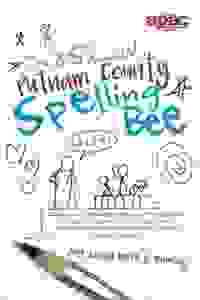 The Astoria Performing Arts Center presents a revival of the Tony-nominated musical comedy about quirky kids putting everything on the line to win.

Each member of a lovable, eclectic group of sixth graders is eager to win the spelling bee. During the proceedings, led by our fearless leaders Rona and Vice Principal Panch, we meet shy Olive, returning champ Chip, distractible Leaf, overachiever Marcy, activist Logainne, and self-assured William and his 'magic foot.' Through spelling and song, the struggles and dreams of the participants are revealed and explored as we root for each one. Featuring songs by William Finn ('Falsettos') and a Tony-winning book by Rachel Sheinkin.

See it if You want to laugh a lot. The performances were really good! I was pleasantly surprised all around.

Don't see it if Seeing a show in a church basement frightens you. That said, keep an open mind. It's good!

See it if you have never seen this musical before. Also, why add the intermission (to sell concessions?) The second act takes a long time to re-start.

Don't see it if you are as perplexed as I am as to why this needed a musical score. The book is strong enough, and the music does not enhance the piece.

See it if You want to see fantastic talent! A delightful show!

Don't see it if You don't want to go to Astoria

See it if Even if you saw any of the originals on or off Broadway. A total treat. Great cast.

Don't see it if You don't like beautifully produced musicals.

See it if you enjoy a clever, well-produced show

Don't see it if you don't find children entrancing

See it if You like Great script and music

See it if you support APAC. They have done some great work. Admittedly this not my favorite show. It is one joke that becomes tedious.Not APAC's fault

Don't see it if don't like silly musicals. Disappointing cast and direction from APAC.

Don't see it if you aren't interested in musicals.

"A delightful concoction of song, dance and jokes performed by a game, stylish cast. The Tony Award-winning musical is silly fun, and silly fun is what the audience gets along with wit, gentle social commentary, and lots of esoteric words to spell along with the cast…The APAC’s production rivals the original Broadway production with its warmth and good humor and makes it clear why this musical will be a staple of theater companies for years to come."
Read more

"It is a show that has had so many audiences in stitches, and this production is no different...The one issue I find in any version of this show is the stereotyping...Regardless, energetic song and dance numbers litter the evening and keep a smile on everyone's face…Director Dev Bondarin does a wonderful job honoring the original production."
Read more

"Director Dev Bondarin seemed to explore the piece through a realistic lens. She rarely deviated into the over-the-top comedy the text desperately desires...Heart was present, humor was not...From voice to orchestration, the sound was thin and hurt the overall energy. With no personal microphones, relying on volume was near impossible...The company was mediocre at best."
Read more

“The kind of show that makes it clear that, in the right hands, any subject can provide the impetus for a stage musical...Director Dev Bondarin keeps things moving along at a clip, providing a few surprises along the way, one involving the largely unseen band. Michael Ferrara, the musical director and keyboardist, leads a crackerjack five-piece group of musicians...Middle school was rarely this much fun.”
Read more

"To close its current season, the Astoria Performing Arts Center has mounted a delightful, fun version of 'Spelling Bee' with some stellar performances...Director Dev Bondarin keeps the evening humming along with the right mix of straight humor with a side of pathos. She has opted to split the usual one-act show into two with a 10-minute intermission and this new version works just as well without a loss of momentum."
Read more