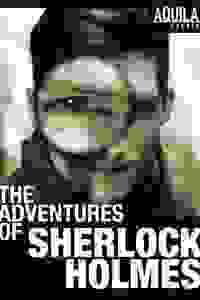 View in admin
The Adventures of Sherlock Holmes
NYC: Brooklyn
77
Score it Scored!

The Adventures of Sherlock Holmes NYC Reviews and Tickets

Aquila Theatre presents the adventures of London's legendary sleuth, Sherlock Holmes, who's played by a woman in this comedic, fast-paced thriller.

Sir Arthur Conan Doyle's vivid characters jump from the page weaving a tale of suspense and intrigue. In addition to Sherlock Holmes, many of Doyle's other characters are on hand such as the trusted sidekick Dr. Watson and Irene Adler, the woman who got away. More than a century after his debut, Sherlock Holmes remains the definitive and most famous detective in world literature. The Aquila Theatre brings its energetic physical style to this new adaptation of Doyle's popular detective series. Playing at the Queens Theatre and Brooklyn's GK ArtsCenter.

See it if This is not a family show!

Don't see it if If you like mystery then this is a good show!

See it if Your a nerd

Don't see it if Your not a nerd

"Director Desiree Sanchez has expertly adapted three adventures for the stage...I was totally enthralled...This is a powerful repertory theatre company that slithers in and out of roles, shedding characterization with skill and speed...Sanchez has masterfully crafted yet another piece of theatrical genius. Her direction is polished and laser sharp. She gets the maximum amount of potential out of every stage moment, has exceptional attention to detail, and is a demiurge of direction."
Read more

"Jackie Schram portrays Holmes with originality. There is terrific energy in the production moving the play at a rapid pace and much of that is driven by Schram...Director Sanchez is wildly inventive, and the production choices made were carried out beautifully...This version offers a wonderful revelation answering what a female actress might do with the part of Sherlock. Frankly, Schram nails it."
Read more

"Aquila mounts a slick, fast-paced, and highly entertaining rendition of that old sleuth from Baker Street and proves once again that gender norms, when they are overturned on stage, make for some refreshing performance. The genius behind Sanchez’s production is that it is simultaneously old and new; an almost unusually faithful rendition of three of Doyle’s original stories combined with a modern staging that incorporates elements of film noir and laugh-out-loud physical comedy."
Read more