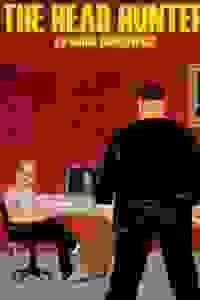 View in admin
The Headhunter
NYC: Lower E Side
73
Score it Scored!

The Headhunter NYC Reviews and Tickets

A screenwriter and his mobster cousin are forced to deal with the family issues that tore them apart. Part of the 2018 Planet Connections Festivity.

Casmir, a screenwriter, has sold the exclusive rights of his screenplay to a sleazy Hollywood producer. He confesses what he has done to his cousin Salvatore, a hit man for the mob. The screenplay, a bio-pic, contains truths about Sal’s father that are more than incriminating. Enraged, Salvatore vows to get the screenplay’s rights back to Casmir even if it means eliminating the producer. The two cousins are forced to deal with issues that tore their family apart and drove them to be who they are: one an artist, the other a ruthless killer.

See it if You enjoy tension between relatives who suffer from past family squabbles well acted but slow in spots, overly intense in others.

Don't see it if you are offended by rough language or are looking for a happy play. Read more

See it if you want to see a play that rings some very surprising changes on an old formula.

Don't see it if you have no need to sit through yet another mob story, even one that is full of surprising twists of plot. Read more

Don't see it if You are not interested in a story about a mobster and his cousin and the family issues they dealt with. Read more

See it if You don't mind a constant barrage of profanity. Unfortunately the theater was extremely hot and had to leave at intermission

See it if family drama presented in a somber & reflective way.This play uses morbid humor while suggesting the approach of danger.Absorbing,intriguing

Don't see it if See it ,and support the 2018 Planet Connections Festivity. Read more

See it if you like David Mamet, you enjoy mafia stories,

Don't see it if you are offended by filthy language

See it if You’d like to see a play about dsyfunctional family members,mainly 2 cousins, sometimes dark,sometimes hilarious,family secrets are revealed

Don't see it if Profanity, messy stage, Italian mafia talk, are not your thing. There is a beheaded Hollywood agent on the dining table during 2nd act! Read more

See it if you like gangsters, mobster lingo, stories about family secrets & the need for revenge -- the suspense of who will get whacked by the finale

Don't see it if the "f" word or profanity and casual racism offend you; if you don't like plots involving problems that are solved by killing someone Read more