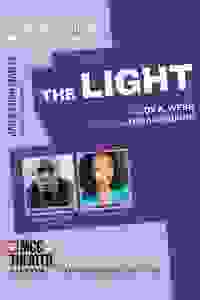 MCC's new drama introduces us to Rashad and Genesis on what should be one of the happiest days of their lives, but their joy quickly unravels when ground-shifting accusations from the past resurface. More…

Can their relationship survive the growing divide between them over who–and what – to believe? "The Light" is a reckoning that unfolds in real-time and peels away the layers of truth, doubt, pain, and ultimately the power of love.

See it if you'd like an intense discussn of black women in Amer society. MeToo isn't just the crime, it's the aftermath. Clever rom-com turns tragic.

Don't see it if you need a perfect script. Rashad's difficult past is overdone. Gen's refusal to teach R seems cruel (stakes are so high). But moving, impt.

Also TL starts slow, but the witty banter is enjoyable. If the couple has agreed to marry, doesn't Gen owe Rashad more honesty and guidance? Still, her points about the dismissal of black women by society (including black men) ring true.... Read more Read less

See it if powerful performances in this astoundingly realistic gut-wrenching writing. Such relevant issues treated with depth and respect. A must see.

Don't see it if you can't handle heavy emotional drama.

Also The range and intensity of emotions depicted by these 2 actors is wider than almost anything I have seen on a stage.
The writing is exquisite. Not only is it showing us the issues and placing us in the middle of the dilemmas, but most importantly and uniquely, it is showing us ways in which to deal with them in mature, respectful and vulnerable ways.
Brilliant!!

See it if Young couple discovers intense differences due to biases based on past experiences. Can they continue to love each other? Deeply moving.

Don't see it if You are not up for heavy themes including racist oppression and rape, from the perspective of black men and women.

Also After the show, a moderator engaged the audience in an intelligent, enlightening discussion. It was interesting to hear the different reactions people had to the play's challenging topics.... Read more Read less

See it if you like intense, contemporary dramas dealing with interpersonal relationships in surprising, realistic ways as relevant as today's news

Don't see it if you don't like 2-character one act plays that deal with #MeToo and R. Kelly-like issues with confrontations and personal anguish

Also You get enough theater to last you a week in this play's 70-minutes, believe me. The two actors are amazing.... Read more Read less

See it if you're looking for a show of the moment--particularly one that tackles the #MeToo movement and race relations.

Don't see it if you're looking for escapist entertainment. This show is a reflection of the current state of our country. And it ain't pretty.

See it if you appreciate an excellent drama about relationships and the issue of sexual assault. Very relevant, very intense.

Don't see it if you do not like discussions or issues about sexual assault and rape.

Also The intensity of the acting especially of the young actress was amazing. The issues brought up were very relevant to today's events and very thought provoking. In 70 minutes you go from a humorous beginning to a very powerful and intense conclusion.... Read more Read less

See it if you crave great acting, writing, sets and topical stories; both actors are wonderful while they make you laugh then rip your heart out.

Don't see it if up close and personal is unappealing; the #metoo issue is a painful one especially if it hits too close to home; you don't like tension.

Also As it happens, I was sitting next to Masden's father who told me his daughter is thoroughly exhausted every night after the show - even worse on matinee days. I thought he was referring to the work load, but now understand he was talking about the emotional drain. She puts her heart and soul into this character.

I am impressed with the pain and tenderness portrayed by Belcher when he comes to understand what his loved one is trying to tell him. This is a play worth seeing.

See it if you like well written, well acted shows that make you re-think your beliefs.This is as good a show as I've seen recently.Absolutely riveting

Don't see it if you want a light rom-com.There are elements of that, but it is more about Black Lives Matter/Me Too issues.Touching on a very deep level.Go!

See it if you hate that any policy/cultural progress in favor of women or black people occurs at a 1 step forward, 30 steps backward pace.

Don't see it if you’re undisturbed by the never-in-our-lifetime rate of change because even w/ regression the future of you & yours is foreseeably bright.

Also This is it. “That taught me how to be a better human,” is what I overheard as we left the theater. The explanatory scope of this play is astounding. On par w/ Hannah Gadsby’s Nanette in its careful construction, insight, & potency. (Of course, there were some who managed to watch Nanette without realizing a major cultural moment was happening before their eyes.) I wonder if this is how 19th century audiences felt when A Doll’s House premiered.

I suspect most people prefer to understand #MeToo as another perishable meme. The Light is the antidote to that obtuseness. Webb really puts it on the line. I can’t think of another living playwright who has made the point so effectively that personal relationships need to be revolutionized as much as political ones. Flawless writing, direction, and acting.

See it if you like to see powerful acting performances and relevant themes. It's a captivating piece of theater in the context of current events.

Don't see it if you're looking for something less serious. Or you don't want to see a play that alludes to such current events like Kavanaugh or R Kelly.

See it if A terrific two-hander. Belcher and Masden meet each other blow for blow in a fascinating, very emotional play.

Don't see it if If you’re looking for light entertainment, this isn’t the show for you.

See it if interested in portrayal of race, gender & power issues by 2 terrific actors in a show that is multi-layered & very timely. Great set.

Don't see it if occasionally contrived plot developments, but still well worth seeing.

See it if play that begins as romantic comedy & then becomes an intense look at issues of gender, race, power - accusations & who is believed

See it if Intense two-hander evolves from romance to drama in tightly plotted 70 minutes. Achingly sensitive as lovers try to understand each other.

Don't see it if Very emotive and well done, but occasionally the messages, important as they are, overwhelm the interplay between actors.

See it if you're ready for a serious play that tackles many current issues in a thoughtful and emotional manner.

Don't see it if you don't want to be faced with a multitude of themes in one show (listed below).

Also Wow - what a powerhouse of a story! Starting with the excellent set design by Kimie Nishikawa, you are in for quite the ride in just 70 minutes. The characters deal with #metoo, black lives matter, male privilege, rape and more.
The only small nag is that the dialogue "feels" scripted at times. Two people in a relationship would not be talking speaking so formally to each other.
... Read more Read less

Don't see it if you are not interested in inter human relatioships, affects of racism, gender inequity over the years, Hearing devices did not work.

See it if you're looking for a timely two-hander that engages with relevant topics around race, gender, politics, education, and love.

Don't see it if you're uncomfortable with issues of race/gender/sexual assault.

See it if Strong, beautiful and disarming story. Great actors.

See it if you want to see a timely play that deals with serious themes. Black lives matter and me too are both addressed here. Both actors fabulous.

Don't see it if you want something light. If you don't like dialogue driven dramas.

Also I liked this a lot, however at times it felt like there was almost too much thrown in. Some of the dialogue didn't ring true, as it sounded more like exposition, rather than how these characters would talk to each other. However these are small criticisms and the play is well worth seeing.... Read more Read less

See it if You are okay with heavy themes—sexual assault, race, discrimination, bias—in a play that’s tone is not always consistent. Still amazing.

Don't see it if You can’t handle the above, or want a comedy. My only complaint was that the writing sometimes felt like exposition and less like dialog.

See it if You want to see a timely “issues” play engagingly written and staged, with superb acting.

Don't see it if You don’t like “two hander plays.

See it if exceptionally insightful, moving, demanding, intelligent, honest writing and brilliant performance are what you believe theatre is about

Don't see it if tough contemporary issues of race, gender relations and both big P and little p politics make you uncomfortable

Also What a surprise - from the perfect set, to the realistic characters and storyline from a new voice. Not a moment that wasn't important to the revelations of the play. Loved the ending.... Read more Read less

See it if you want to see two outstanding performers grapple with some of the most important issues of our time--racism, sexism, celebrity, MeToo.

Don't see it if you don't care about current issues or are far right in your ideas. This show will annoy you although you are just who should see it.

See it if you’re interested in a conversation about sexual assault in the ether.

Don't see it if you can’t handle a conversation at its most painful.

Also the plot is a Trojan horse for the issues at hand, but they are important nonetheless and the actors bring them to life effectively. The talkback facilitator the night I went was SPECTACULAR and really made this a memorable experience.... Read more Read less

Don't see it if you don't like topics about me-too, or issues mostly facing black males or females

Also I was very moved by this play. There were some funny parts and some very emotional parts that pulled me in. The acting was very strong and convincing. At one point I thought the script seemed a bit over the top - but for such a special day, their two year dating anniversary, it really wasn't.

Spoliler alert - don't read further if you have not seen the play yet...

There was a point in the play where I felt I was the only one in the audience who thought it was ok for Rashad to allow that the rap singer might be innocent when rape charges were never brought up by anyone, especially some stranger. Had his fiancé, Gen, been honest with him and told him she was the victim, he would have supported her sooner. When he first started apologizing, I was not there with him.

But it was thought-provoking and I realized she was too vulnerable to even tell her boyfriend/fiance about her college rape experience. Glad it ended with a big emotional hug.

MCC Theater
Producer
Get Alerts Alerts On Alerts Off 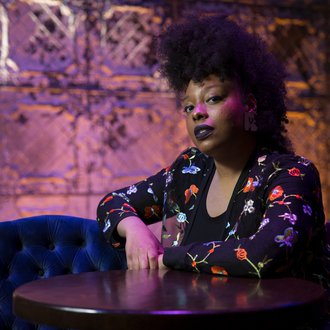 Loy A. Webb
Playwright
Get Alerts Alerts On Alerts Off 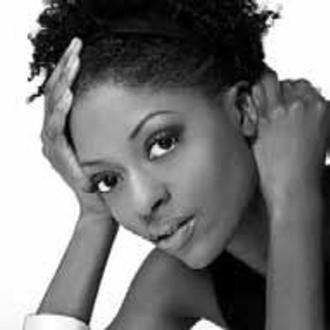 Logan Vaughn
Director
Get Alerts Alerts On Alerts Off 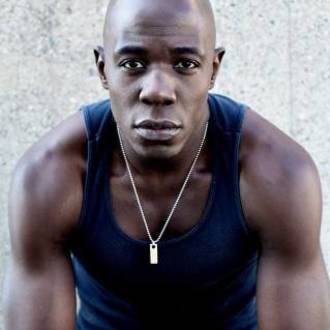 McKinley Belcher III
Rashad
Get Alerts Alerts On Alerts Off 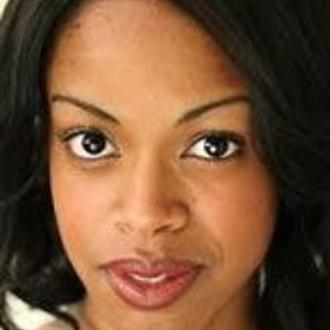 Mandi Masden
Genesis
Get Alerts Alerts On Alerts Off 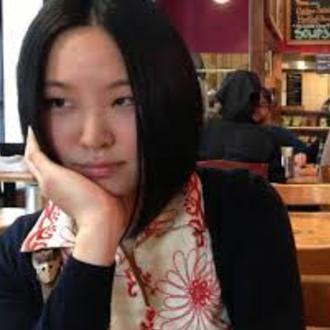 Kimie Nishikawa
Set Designer
Get Alerts Alerts On Alerts Off 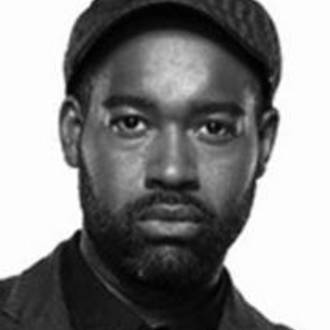 Emilio Sosa
Costume Designer
Get Alerts Alerts On Alerts Off