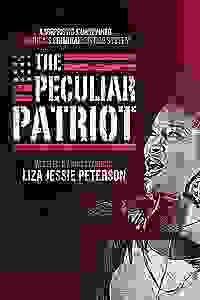 Liza Jessie Peterson's solo piece offers a fierce, comic, and shrewd indictment of the systemic inequity within America's fastest growing industry, tracing its roots from the plantation to the prison yard. (Past Reviews)

Betsy LaQuanda Ross is a self-proclaimed "Peculiar Patriot," who makes regular visits to penitentiaries in order to boost the morale of her loved ones. When she is not sharing neighborhood updates and gossip, Betsy illuminates our country's cruel and unjust criminal justice system and its impact not only on the 2.3 million people behind bars, but also their family and friends. Written and performed by the inimitable Liza Jessie Peterson and inspired by her decades-long work with prison populations including on the notorious Riker's Island.

See it if you'd like a strg blend of entertainmt/educatn. Liza, as the force-of-nature Laquanda, reveals the joys/woes of life in black America.

See it if You want to see a one person show that is as entertaining as it is informative. What first felt terribly cliched soon became obvious truth.

Don't see it if You are a racist or if you hate one person shows. This was eye opening to how racist our prison system really is. Read more