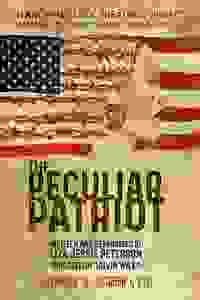 National Black Theatre and Hi-ARTS present a remounting of Liza Jessie Peterson's solo piece about the prison industrial complex and the racial disparities that feed the draconian system. More…

With more than 2.5 million people behind bars, America is the world’s leading prison superpower. 'The Peculiar Patriot' follows Betsy LaQuanda Ross as she makes regular visits to penitentiaries to boost the morale of her incarcerated friends and family, navigating love between barbed wire. As she shares neighborhood updates, gossip, and reminisces about family, Betsy delivers a shrewd indictment of the criminal justice system, with a heavy dose of humor to boot. 'The Peculiar Patriot' examines the human impact and inhuman machinery of mass incarceration.

See it if You want to see a one person show that is as entertaining as it is informative. What first felt terribly cliched soon became obvious truth.

Don't see it if You’re a racist or hate one person shows. This is an eye opening look into some truths of how racially one sided the prison system is.

Also This show made me squirm a bit in my seat. I think as a white man it would be hard to not to. That doesn’t make it any less true or any less important to become more aware of these things.... Read more Read less

See it if you are interested in jail overcrowding and issues of minority populations.

Don't see it if if you do not like one-woman shows or prefer happy more traditional plays.

Don't see it if You want to be left in the dark about a lot of things. You want to miss out on an amazing performance. You don't want to hear some truths.

Also Ms. Liza was amazing and a beautiful being. This was so believable, she did such a great job in delivering this message and enlightening us about so many things and also about visiting someone in prison. I truly enjoyed the talk back after the performance which gave even further insight. I am so glad I went. Great writing and performance.... Read more Read less

See it if This one woman show fills the entire theater. My attention never drifted from her flow of jokes. news, affection, gut wrenching information

Don't see it if You bury your head in the sand about human suffering in our country, and the government regulations that permit or encourage it to happen.

Also There is an opportunity for a talkback with the creative team after each performance... Read more Read less

See it if you want to see something that will simultaneously make you think and make you laugh. You have an interest in socio-political topics.

Don't see it if going to Harlem is not realistic for you, logistically. You do not like one-woman shows. Or you want a light, escapist night of theatre.

See it if You want to see a tour de force from Liza Jessie Peterson. The writing is brilliant, her acting is amazing, and the topic is relevant.

Don't see it if don't want to confront the reality of mass incarceration and human effects of the prison-industrial complex.

Don't see it if you insist on pretending that racism isn't institutionalized in our country via its prisons. (In which case, I hope a friend brings you.)

See it if IF YOU REALLY WANT TO KNOW WHAT GOES ON IN OUR PENAL SYSTEM.LIZA WAS TERRIFIC.TRUE TO HER AUDIENCE AND THE TRUTH.WONDERFUL SHOW.ATTEND THIS.

Don't see it if IF YOU REALLY BELIEVE IN THE AMERICAN JUDICIAL SYSTEM.THIS WILL BLOW YOUR IDEAS OUT OF THE WATER.HER CHARACTERS TELL IT LIKE IT IS.

Don't see it if You dislike one-person shows, are easily offended by profanity or wanted to see a lavish production or musical.

See it if If you want to know the real story of the African American experience in the US prison system. Excellent solo performance.

See it if After some breathless reviews, I was expecting to be blown away by this. It was fine: some strong moments, though didactic & often too slow

Don't see it if I appreciated the talkback afterwards, which was thoughtful, though wish the crowd had been given a choice on whether to stick around for it

See it if you want to become enlightened about the deeply unfair, dehumanizing, damaging treatment of individuals who are trapped in our penal system.

Don't see it if are in denial about social injustice, or don't want to be part of a dialog — because to its credit NBT encourages audience discourse.

Also Liza Jessie Peterson's smart, funny, pointed and poetic dialog is the perfect vehicle to open ears and minds to a topic that might go unheard of or unthought about. A powerful message gets delivered through the simple communications between two devoted friends. The show's energy flags a little in the middle, but the overall achievement is magnificent.... Read more Read less

See it if you want to see an honest play about the prison industrial complex and how it has affected people of color!

Don't see it if your head and mind is closed off to the hardships of people of color.

See it if you appreciate insights into the lives of those impacted by incarceration of a loved one.

Don't see it if you want a light comedy.

Also The show presents many problems and issues. I hope there will be a sequel suggesting ways to improve the criminal justice and penal systems.
I was disturbed by a civil rights display in the lobby that called police officers "the new klan".
... Read more Read less

See it if you want to gain unique insights about the criminal justice universe, you enjoy black culture vernacular ,you've never been to Harlem.

Don't see it if you're a social conservative, like traditional theatre interiors, can't accept criticisms of the criminal justice systems.

See it if interested in contemporary issues that have a negative impact on American society or the African American experience in prison system.

Also One can't see this and then not mention the mesmerizing performance by author Liza Jessie Peterson. Absolutely one of the best of the year. Both soul-searing and laugh out loud funny. Deserves awards!... Read more Read less

See it if You like drama; current issues; a cold dose of reality

See it if You like pieces that make you think.

Don't see it if You're looking for something to take your mind off of life. This show digs you deeper into the world, yourself and society.

See it if you like a well written show about the trials and tribulations of the criminal justice system with compelling acting and awesome set design.

Don't see it if you don't like to laugh or cry and you have no compassion for humanity.

See it if You are interested in intelligent, relevant theater exploring pressing social/political issues.

Don't see it if You don't like modern or relevant theater dealing with current themes.

See it if Although the preview we saw had technical difficulties and ended early, this is a tour de force show that we will go back and see again.

Don't see it if Heavy issues are not your "thing," even if made entertaining.

See it if you want to see an excellent actress bring prison visitation procedures to life while adding humor to her indictment of the "justice"system.

Don't see it if you don't have any interest in the criminal "justice" system or don't like one-person shows that last almost 2 hours without intermission.

Also I have very limited experience in visiting incarcerated acquaintances but, based on that, I can say that Liza Jessie Peterson is right-on-target with this one-person show that she herself has written. She is an outstanding actress who pulls the audience into the lives of the many people she has visited in prison as well as others who are part of her life. At times, she effectively does role-plays of some of the characters whom she is referencing. Humor is interjected appropriately and skillfully. The set is very similar to a real prison visitation room and the videos flashed on the rear wall of the stage add an extra dose of realism.

The play, however, is almost two hours long without intermission, and I found myself getting restless during some of the neighborhood gossip dialogues as well as occasional somewhat-preachy rants with which I was pretty much in agreement. This is a very good show and, with some script changes, it has the potential to move into the 80+ "great" category.

"'The Peculiar Patriot' excels at visceral moments...even as it builds a strong case against the mass incarceration of African Americans...This is a comedy about a tragedy, and a patriotic call for reform...As both a writer and a performer, Ms. Peterson knows how to wield tenderness to leaven des...
read more
Get Alerts Alerts On Alerts Off
"The best way to truly care about a nation is to heal it, and Peterson’s solo play about black love, female friendship, and the perversions of state power is a gorgeous part of that work. It also happens to be a visual marvel and a masterful example of character creation...In this rich, sweet, hi...
read more
Get Alerts Alerts On Alerts Off
"Peterson is a wonderful storyteller...Her delivery smooths over some of the rougher edges of her play, which vacillates between personal or second-hand stories and didactic monologues about the injustices of the system in which she lives...Theatrically speaking, 'The Peculiar Patriot' is aching ...
read more
Get Alerts Alerts On Alerts Off
“The Peculiar Patriot doesn't have much in the way of dramatic action, and it turns a little preachy in its later passages. Then again, Peterson makes many penetrating points about a legal system in which prisons are for-profit enterprises often set up in struggling white communities...Even at it...
read more
Get Alerts Alerts On Alerts Off

National Black Theatre
Producer
Get Alerts Alerts On Alerts Off

Hi-ARTS
Producer
Get Alerts Alerts On Alerts Off 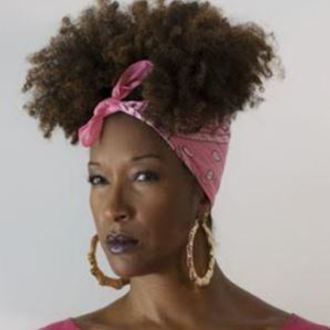 Liza Jessie Peterson
Playwright
Get Alerts Alerts On Alerts Off 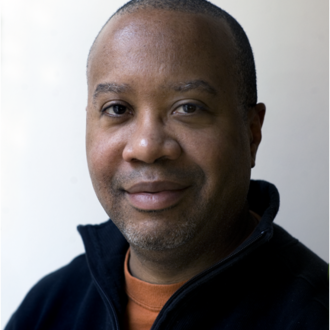 Talvin Wilks
Director
Get Alerts Alerts On Alerts Off

Liza Jessie Peterson
Cast
Get Alerts Alerts On Alerts Off 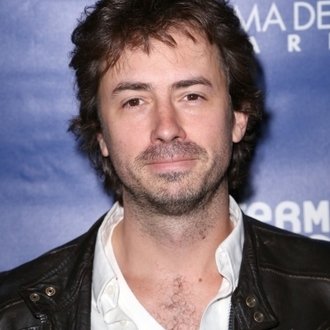 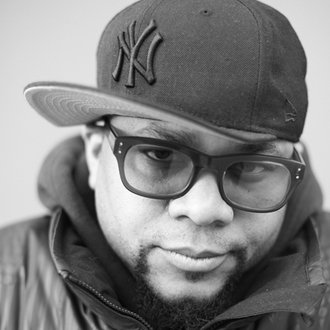 Luqman Brown
Sound Designer
Get Alerts Alerts On Alerts Off