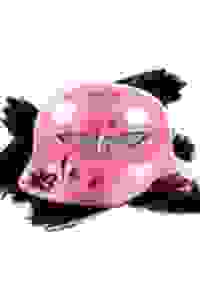 View in admin
The Radicalization of Rolfe (FringeNYC)
NYC: Soho/Tribeca
81
Score it Scored!

The Radicalization of Rolfe (FringeNYC) NYC Reviews and Tickets

A FringeNYC Encore: Austria, the 1930s. Messenger boy Rolfe, 17 (going on 18) is about to discover that forbidden sex and the Third Reich don't mix. This dark comedy proves that B-characters have a destiny, too.

It's Salzburg, Austria in the last golden days of the 1930s. Rolfe is trying to rise in the ranks of the new order. Unfortunately, he's stuck delivering messages to a certain widowed naval captain with seven children, and flirting with the eldest daughter under the watchful eye of the children's new governess from nearby Nonnberg Abbey. Rolfe quickly discovers that the conflicts between his ambition and his sexuality pose life and death consequences.

See it if a fan of SOM, LGBT themes, & can appreciate the imagined back stories of minor characters

Don't see it if not familiar with the S.O.M & too much exposition makes you crazy Read more

79
Sound of music allusions in a dark drama

See it if Professional acting. Schizophrenic script. Audience came to be amused by Sound of Music allusions but they were sprinkled in a dark drama

Don't see it if The 3 older cast members were pros. The 2 boys were almost as good. The laughs gained by SOM allusions grew more and more inappropriate Read more

See it if You enjoyed The Sound of Music and want a different look at what might have been happening. With wonderful little tributes to the movie.

Don't see it if you've no interest in plays that reference other plays; dislike the von Trapps and/or Nazis; or are disturbed by male displays of affection. Read more

See it if you are curious about Rolf, and would like to see a well-conceived imaginary back story. Also, you get an effective gay perspective on era.

Don't see it if Nazi's tend to creep you out. Read more

See it if You want to be entertained. You can enjoy a show that deals with diversity. You don't take life and plays so seriously. Want to laugh.

Don't see it if You take life too seriously. You are offended by two men having relations and seeing a Nazi armband. You don't want to laugh.

See it if You want clever writing which thoughtfully and compellingly explores the lives of non-central characters from famous stories.

Don't see it if You're not prepared for themes of loyalty, strength, and sexuality -- all wrapped in the charm of the margins of a beloved story.

"Bergh has tried fervently to escape the shackles of the source, but they don't release easily...Bergh has plenty of points to make, but they have trouble landing amid all the comedic landmines...It may feel like a lot of filler. This is not because of the actors, who are competent and professional (if never exciting), or director Abigail Zealey Bess, who's staged things with the most kitchen-sink fidelity possible in this format. There's just nowhere for them to go with the material."
Read more

"A uniquely witty original take-off on 'The Sound of Music'...The script is clever and amusing, as it challenges the audience to recognize the well-known show tunes from which they’re taken. But the funny pop-culture references are underscored with intimate views of the devastating effects inherent in the familiar historical themes of socio-political indoctrination, intolerance, and work-camp atrocities that drive the play."
Read more

"A play that was just as much fun as — and cleverer than — it promised to be...In Abigail Zealey Bess’s tone-perfect production, Rolfe (Logan Sutherland) is gay and closeted, unable to stay away from the sweet, teasing Johan (Alex J. Gould). The two are so lovely together that you’ll root for them, and that’s part of the point. Filled with 'Sound of Music' jokes, yet unblinking about the realities of 1930s Austria, this is a lark of a play with sadness at its core."
Read more

“Broad puns, corny references to Rodgers & Hammerstein and an obscure yet relevant allusion to Marvel's Red Skull are all in the mix. But Bergh doesn’t just crank out meta jokes...The dramatic stakes help move 'The Radicalization of Rolfe' beyond mere spoof, and offer characters of some depth (feelingly acted by a strong cast)...To be sure, Bergh’s humor caters to a distinct niche—camp-loving History Channel and Broadway buffs—but the Players Theatre was alive with the sound of laughter.”
Read more

"A darkly funny new drama…An intriguing look at what might have been if the original property had gone darker. In Abigail Zealey Bess' well-honed production, there are a lot of great belly laughs…But it's not afraid to go deeper, and Sutherland beautifully plays his character's inner conflict, especially in the wrenching last scene. The Von Trapps might make it over the mountain, but Rolfe learns the hard way that Liesl isn't the only one who's totally unprepared to face a world of men."
Read more

"Allusions to 'Sound of Music' are acknowledged unabashedly in the writing and provide a welcome comedic edge to an inherently dark story. If a good number of references undoubtedly went over my head, the cast’s impressive ability to play to the truth of the text meant this never bothered me...Certainly 'Rolfe' will appeal to fans of 'Sound of Music;' what's perhaps even more important is that it will also appeal to those who might not count the classic musical among their favorite things."
Read more

“Getting comic mileage with just a few choice bits of song, lyrics and dialogue from its source, Bergh's play is otherwise soundly and commendably rooted in its serious depiction of Nazi indoctrination of youth...It only takes five chairs, one table and five fine actors to create the dispiriting ambiance of late 1930s Salzburg under the smooth direction of Abigail Zealey Bess, who moves things forward with short and snappy confrontational scenes that afford increasingly emotional content."
Read more

“There are plenty of knowing winks to the audience here to entertain ‘Sound of Music’ fans...Though these references certainly stand out, they don’t feel out of place with the rest of the play, whose witty tone makes the show a pleasure to watch...At the same time, the production deals with some heavy subject matter, and 'Rolfe' manages to balance its wit and cheery show tune references perfectly with its weighty take on the Nazi Party’s rise...The production unsettles even as it entertains."
Read more