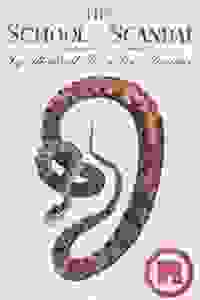 View in admin
The School for Scandal
NYC: West Village
84
Score it Scored!

The School for Scandal NYC Reviews and Tickets

After 17 years abroad, Oliver Surface returns home incognito to test the true characters of his nephews: Charles (a prodigal, apparently), and Joseph (a paragon, supposedly). Meanwhile, he discovers his old friend Peter Teazle has wed a young country wife and is in marital purgatory, being victimized in print and society by a spiteful team of imbeciles and rumor mongers. Featuring TV star Mark Linn-Baker and Tony nominee Dana Ivey.

Don't see it if you have trouble following old(er) English (not nearly Shakespearian) dialogue. It might be a bit of work.

See it if You enjoy comedic period pieces with colorful characters. It's a polished production and a fun time at the theater!

See it if you enjoy well-acted, smartly-staged Restoration comedy (which we don't get to see enough).

Don't see it if you don't enjoy 18th Century comedy or you are a Sheridan purist. (There were a lot of cuts/rewrites... mostly for the good imho.)

See it if Red Bull always comes through with superior acting. Alas, I am not a lover of restoration comedy. A great job though

Don't see it if if farce is not your cup of tea.

See it if You love classical comedies with complicated plots and an abundance of characters.

Don't see it if You can't stand classical British plays.

See it if you want to see Dana Ivey give her best Maggie Smith performance.

Don't see it if You've seen hilarious productions of this piece. This one doesn't live up.

See it if you like old English period theater. Excellent acting and costumes. Amazingly relevant considering it was first seen in 1777.

Don't see it if don't want to work at a play. You must pay attention and concentrate on the dialects.

See it if you enjoy 18th Century classics.

Don't see it if you prefer your comedies to be more modern.

"A jaunty new production...First staged in 1777, the play mostly holds up; scandal, clearly, has always been with us. But Sir Peter, who does a great deal of complaining about his wife’s spending and the misery of marriage, was probably a lot funnier back in the day...Not so Ms. Cespedes, who lends Lady Teazle a radiant mirth and a surprising depth...This is a very smart 'Scandal:' handsome, lively, wonderfully cast and, like the most irresistible gossip, a lot of fun."
Read more

"Some of the comedy's rhythms have, to be sure, staled over the centuries, but the core recipe proves durable: Sheridan condemns society gossips, which, coincidentally, lets him put the naughtiest of them front and center. Happily, snark has no expiration date...Vietor does allow several performances to turn overly broad...How do you render every line hilarious? Don't ask me—Baker and Ivey are mere feet away, giving the master class."
Read more

“Marc Vietor’s smart and stylish, fully energized, delightfully over-the-top production brings together a dynamic 14-person cast...In their hands, a convoluted plot feels fresh and effortless...It’s a shame that the production officially opened at the height of the annual onslaught of Broadway openings...Here’s hoping that Red Bull finds a way to put ‘School’ back in session for all the students who have yet to attend class.”
Read more

“It's a mystery: Vietor has put together a polished, handsome production; why doesn't it fizz like cyanide-infused champagne?...The company is technically skilled but wildly uneven in humorous comedic ability...We don't get ‘The School for Scandal’ regularly enough that any fan of Sheridan can afford to overlook this at-least competent production, but...it deserves more glittering treatment than it gets here. This school delivers scandal with surprisingly little sting.”
Read more

"Lives up (or should that be down to?) the sparkling standard set by this effusively acerbic farce. Vietor's take-no-prisoners staging and a nearly ideal cast dive headfirst into all of Sheridan's tart-vinegar writing and come out with first-class champagne...Ultimately, everything meshes together with the raucous clarity it should. That should make it good enough for all but the most die-hard Sheridan purists...All that bad talk leads to a darn good time."
Read more

“With impeccable casting and a pitch-perfect production team, this ‘School’ is as witty, delightful and accessible as one could wish. The 18th century look of the play is both historic and satiric. Anna Louizos’ clever settings transform one into the other with the turn of a wall or a door and a rearrangement of the furniture, highlighted by Russell H. Champa’s lighting. Her witty use of props (a chamber pot, a trunk, empty picture frames) adds to the fun.”
Read more

"Linn-Baker, so winning as an unfortunate newlywed trading barbs with his sharp-tongued wife, is gifted with numerous hilarious moments as he sputters in indignation…The rest of the cast is uniformly excellent, fleet-tongued as they keep all the parrying and machinations going…If you like your classics with more than a bit of bite, get schooled before the show closes."
Read more

"This funny and clever tattletale, gossipy play, is brimming with theatricality and a larger-than-life cast of characters...Deliciously directed by Marc Vietor...It’s all cloak-and-dagger, tongue-in-cheek humor in Molière-esque drawing-room style, where morality has significantly lapsed as we watch the ultimate rumor-mongers ply their trade in the most spiteful ways...'The School for Scandal' will keep you laughing with delightfully scandalous merriment."
Read more