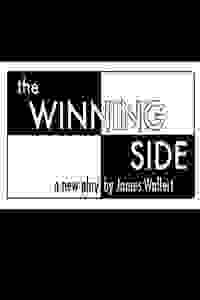 View in admin
The Winning Side
NYC: Midtown W
79
Score it Scored!

The Winning Side NYC Reviews and Tickets

This new drama explores the whitewashed history behind America’s 1969 Apollo 11 moon landing, including the critical role of Nazi SS Officer Wernher von Braun, who built the V-2 for Hitler.

As the preeminent face and voice of space exploration on television during the 1950's and 60's, von Braun was one of the most famous men in the world. But because of his complicated legacy, he's largely been left out of the history books. "The Winning Side" is an accessible theatrical experience for audiences of all ages that re-examines this forgotten figure of the space race, and asks challenging questions about our contemporary views of science, technology, politics, and ethics.

See it if You like smart well done shows that tackle a serious multi faceted subject and break it down into an entertaining easy to understand story.

Don't see it if You’re looking for fluff or mindless entertainment. You’re in serious danger of learning something if you see this.

See it if Part of history, the race to the moon. How we got there.

Don't see it if Some of the actors have an accent. Nazi/WWll. Read more

See it if Sullivan Jones' charisma carries the play; interesting use of the stage with minimal sets; interesting topic but poorly structured.

Don't see it if you are looking for depth rather than breath; the story is a good one though diluted with too much nonsense; writing could be better. Read more

See it if You appreciate a historical story well told.

Don't see it if You don’t like stories based on true WW II events.

See it if You are interested in history of the 20th century.

Don't see it if You’re looking for amusemenr

Don't see it if you are in the mood for a fun show.

See it if You are interested at the ethics of science and politics or if you are a fan of The Apollo program and its secrets.

Don't see it if You are uninterested in Nazis, ethics, science, politics or The Apollo program.

See it if you like plays about moral dilemmas, biography, political expediency and WWII aftermath with very fine acting.

Don't see it if you are dislike aspects of WWII history, thinking about moral dilemmas that people and governments have to face & frequent time changes.

"The play never forces an opinion on the viewer, rather it presents moral arguments from both sides...Wallert's text would risk falling flat...without the excellent company of actors bringing it to life...Russell’s direction could perhaps be stronger but effectively gets the message across...There is room for growth and tightening - indeed it begins to feel long though nothing is out of place - but in the end it tells a fascinating story and provides an excellent, poignant evening of theatre.”
Read more

"The vast amount of historical exposition, the development of characters, and the moral judgment that are necessary to achieve such a play as this one successfully would challenge Tom Stoppard, let alone a first-time playwright. And Wallert tries to accomplish all of this with only four actors...Although some of the dialogue is cumbersome and that bogus romance at the play’s core is pretty risible, Wallert at least manages to present an interesting depiction of von Braun’s American times."
Read more

"Though the program notes indicate that the play 'is a work of dramatic fiction and liberties have been taken,' 'The Winning Side' does show us a genius at work who was also an opportunist and changed his stories depending on what suited the occasion. As such it has become relevant all over again in an era when truth counts for so little and men of morality are all the more valuable."
Read more

"A deeply interesting if occasionally stumbling dramatization of von Braun's complicated life and enormous achievements…The play…must cover a lot of historical ground...Wallert uses the clunky device of jumping back and forth between 1943 and 1969, using a projected time line to let us know the year…'The Winning Side' is on the winning side in questioning a scientist's moral responsibility for the results of his activity."
Read more

"Russell's high tech production is in keeping with the pivotal character's career and enables the script's structural logistics to work fluidly...The script calls for von Braun to be a persuasive charmer as well as a morally weak, arrogant opportunist; since Sullivan Jones plays up von Braun's charm side, it's not all that easy to relate to him...Simmons is excellent and often amusing as Colonel Taggart...That said, the scenes between the lovers are somewhat repetitious."
Read more

“Epic Theater Ensemble worked with a team of students, artists, and researchers at the Smithsonian National Air and Space Museum to develop this piece...What results is something thought-provoking, educational, and entertaining...The diverse cast...brought charm, humanity and turmoil to the characters’ conflicts and passions...This piece does an amazing job of posing the questions and encouraging the conversation and discourse that Epic Theater is hoping will accompany it.”
Read more

"Nothing can capture the essence of his story better than the immortal satirical lyrics of Tom Lehrer...By means of the acting and the writing, von Braun is given a demeanor that undercuts the level of condemnation that his critics have felt...Russell handles the different time elements smoothly, and stresses salient parts of the story."
Read more

"A fictionalized account of the complex von Braun story...It is an overstuffed story in a minimalist color-blind production, speeding along at a sensible pace by director Russell, with time playing forward...and backward...Portraying von Braun is Jones, an imposing militaristic man, poised and charming, yet Jones, with all his moods of pride and passion, comes off as rather chilly. Two other characters who are not given enough depth to be portrayed full.”
Read more

“Exhaustively researched over a period of four years...The result is a fascinating tale, mostly fact based...A play of serious substance, asking serious questions, and unafraid to employ copious biting humor...The fact that Wallert has fashioned these hard questions in a more than moderately amusing play at times, intertwined with the tragic consequences of willful ignorance, and blinders on single-minded focus, is reason enough for you to make your way to Theatre Row.”
Read more