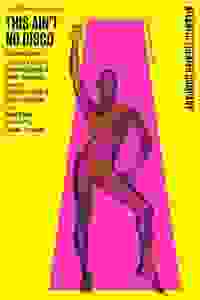 This Ain't No Disco

This world premiere musical from Stephen Trask ('Hedwig and the Angry Inch') and Peter Yanowitz (The Wallflowers) is part rock opera, part impressionist tone poem set in the nightclubs and art world of 1979 NYC. More…

'This Ain’t No Disco' interweaves the stories of strivers, dreamers and drifters searching for their place at Studio 54 and Mudd Club, the art scene, and downtown lofts. In their uptown/downtown quest for revelry and kinship, this disparate group, in different stages of becoming and falling apart, find themselves and each other in a city on the verge of a massive cultural shift. Directed by Tony Award winner Darko Tresnjak ('A Gentleman’s Guide to Love and Murder,' 'Anastasia').

See it if You like musicals that are overstimulating, but not at all deep or thought-provoking.

Don't see it if You want the next Hedwig. This is a complete mess on every level & will likely go down in history as a flop people wish they’d seen.

See it if you wish to see a show about the rise and fall of Studio 54. The singing is very good and some of songs are memorable.

Don't see it if you like a well developed musical. This one needs work, especially in the first act. Fewer numbers and more character development necy.

Also More research in hair styles and fashion necy for years 79-80. This show has possibilities to go further but the first act in particular needs more work. The young people seemed to like it but there is very little substance to all the numbers. The second act is better. Some of the songs are very good, a few could become anthems for female empowerment.... Read more Read less

See it if you like rock musicals filled with terrific singing, great choreography, & a truckload of talent.Book is a bit of a muddle, but show is FUN!

Don't see it if you are offended by LGBT issues, or are looking for a revival of yet another Golden Age of Musicals show.This is fun and edgy.Amazing voices

See it if you’re a fan of Trask. The music’s good; the book (especially Act 1) needs A LOT of work. Samantha Ware & Peter LaPrade are appealing leads.

Don't see it if you don’t connect with the popular trope of people desperately seeking validation through gaining admittance to Studio 54.

See it if and only if you have been missing the days when you when getting ready and going out to a disco was what you lived for.

Don't see it if you have FOND memories of getting ready for the "club" and then being disappointed once you get inside. SKIP this trip down memory lane!

Also I enjoyed this musical so much. I think that the Andy Warhol and the Steve Rubell characters were fabulous, the acting overall was sensational, the dancing and singing were great. I thought the plots was not cliched, the music fabulous, and I think it was reviewed very unfairly. I think some of the larger all cast numbers seemed a little "over done"and felt like a great high school production, and maybe we could have used a few less secondary characters, but overall, this production was truly worth seeing it.... Read more Read less

See it if Strong cast and pedigree. Atlantic Theater Company.

Don't see it if Misses the mark; the artist is the most compelling character, but only flourishes at the end. Keep mise en scène intact, rewrite book/songs

See it if you want to see an ode to Studio 54 & Andy Warhol with original, but not disco music. Good dancing and singing.

Don't see it if you are hoping for a coherent story with disco music.

See it if You are a Rent-head. Very similar feel. You are looking for a show that explores and pays homage to Studio 54.

Don't see it if You dislike shows that deal in archetypes and stereotypes rather than fully human characters.

Also A group of hedonistic bohemian artists alternate between singing rock and speaking in rhythm while in rhyming couplets, espousing the benefits of living in a giant loft.

So clearly, if you're a Rent-head, this show is for you. See it immediately.

The good: The band is excellent, and it's a joy to watch them rock out.

Every principle gets a chance to show off some serious vocal chops. Krystina Alabado in particular absolutely kills it vocally.

The set/lighting design is fantastic. The set has just enough tricks up its sleeves to keep you guessing what's next.

Now the not-so-great. The plot is just a mess. It's essentially a sort of parody musical of the avant-garde art scene that uses every trope except the white-on-white canvas.

The plot is trite and predictable. Characters have big show-stopping numbers that come out of nowhere, particularly The Artists.

Sometimes feels like the authors aren't really delving into the genres that are meant to be represented.

Don't see it if you find too much going on at once confusing;

See it if you like visually interesting and well sung Rock Operas. If you are interested in stories surrounding Studio 54 at it's heyday.

Don't see it if dislike rock music and complicated plots. If you don't care about the "Disco Days" of the 80's.

Also 80% of it was good, but there was also 20% that was slow and seemed unimportant and repetitive.... Read more Read less

See it if you don't mind sitting through 2 hours of redundant choreography & annoying music to see and hear 1 great number sung by The Artist.

Don't see it if You have seen the movie Studio 54. That movie tells the same story much better.

See it if The glamour and controversy surrounding the nightlife at Studio 54 sounds like a great concept, but this needs a better book, lyrics, music

Don't see it if DISCO is absent in this show; needs more development. (p.s. How many words rhyme with clarinet?)

See it if You like good singing and the disco era.

Don't see it if You don't like the dark side of the 1980s disco scene.

See it if You enjoy trite lyrics, wobbly scaffolding, uneasy staging & unenthusiastic applause. If 2 hrs & 20 mins of your eve isn’t important to you.

Don't see it if You want to see wasted talent of the fabulous Samantha Marie Ware. She is a star. She deserves more than this musical had to offer her.

See it if you'd reconnect with the disco era and the debauchery of Studio 54. There are tender moments within the raunchiness, and wonderful singing.

Don't see it if you don't like loud or scantily dressed performers [but no nudity].

Also Exhibits the desire of some seeking fame at all costs ... and with music!... Read more Read less

See it if you want to see a show that aims to examine the Studio 54 party kids culture in a way that seems influenced by RENT/Michael Greif.

Don't see it if you take issue with content and choreography that is often highly sexualized, and scenes that represent a particular subset of drug culture.

See it if you enjoy seeing new musicals even if they aren't quite working. or if you want to see a very talented cast. Huge props to the singing

Don't see it if you're expecting something approaching Hedwig's transcendence. This is not that. But there are definitely enjoyable moments.

See it if you enjoy wonderful singing and acting. Also, if you want to learn a bit of disco history and be transported back to Studio 54 days.

Don't see it if the period is not your thing. Also, the singing at times overpowered the microphone and it was hard to understand the words.

See it if you enjoy disco music and the culture of the "Studio 54" seventies era.

Don't see it if you want a more traditional musical (it is a rock opera).

Don't see it if It it too much like Rent and Hedwig. Disappointing.

See it if You like musicals. You were alive in NY in the late 70’s and 80’s. You liked the music in Runaways.

Don't see it if You expect disco music (This ain’t no disco.). Raunchy gay scenes offend you.

Also I don’t think that this show deserves all of the bad reviews. I thought it captured the NY of the late 70’s-early 80’s prett well, but if you weren’t alive then, or you were too old for the club scene, you may not get it. The actors who played Steve Rubell and Andy Warhol were great in their portrayals. The choreography was great.... Read more Read less

See it if you are interested in re-living the disco club days where appearance was everything and nothing at the same time. It's a trip back in time.

Don't see it if you cannot relate to the disco days of Studio 54 and nightclubs in NYC during the disco era.

Also Although the story line is thin and not developed, the original songs and singing are enjoyable. The themes are relevant to today even though the topic does not have enough depth for the running time of this part rock opera.... Read more Read less

Don't see it if If you are expecting a cool show like Hedwig because it falls short.

Also I was expecting more because of the creatives. I appreciated how much they were trying to cover but it fell short. I liked some of the songs and the singing was great at times. Also the issues Sammy has don't really match her character that we first meet. It was ALL over the place. I expected more.... Read more Read less 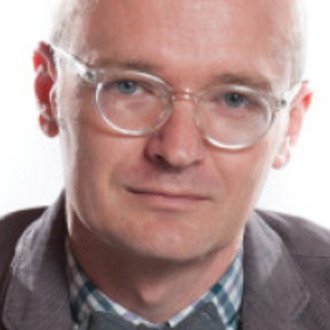 Darko Tresnjak
Director
Get Alerts Alerts On Alerts Off 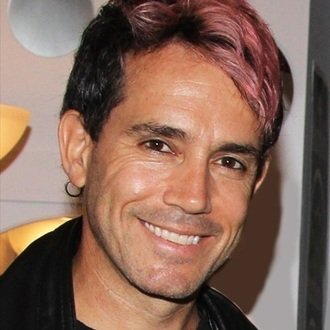 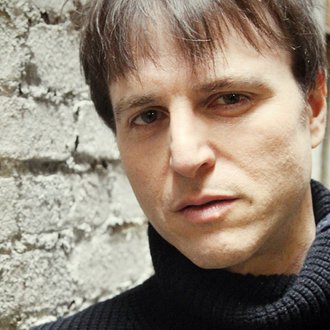 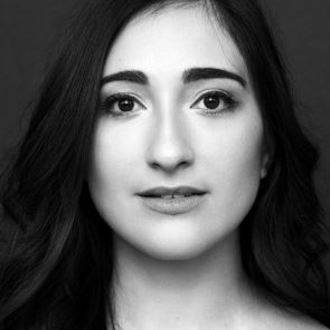 Krystina Alabado
Meesh
Get Alerts Alerts On Alerts Off 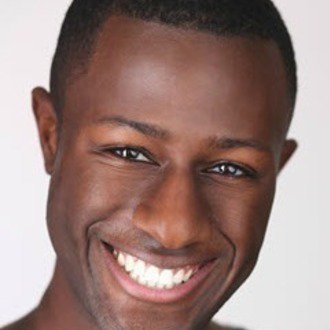 Cameron Amandus
Disco Man
Get Alerts Alerts On Alerts Off 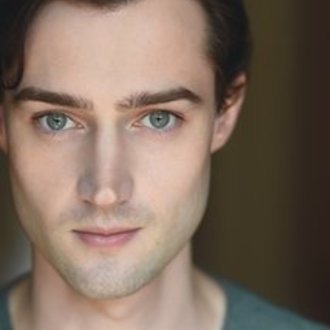 Will Connolly
The Artist
Get Alerts Alerts On Alerts Off