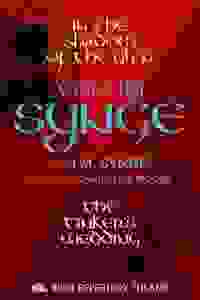 View in admin
Two by Synge
NYC: Chelsea
85
Buy tickets from $45 from the Box Office
Score it Scored!

A pairing of two early JM Synge masterpieces-"In the Shadow of the Glen" and "The Tinker’s Wedding."

Both plays are inspired by the stories Synge heard and witnessed while living among poor Irish peasants (at the behest of WB Yeats) at the turn of the twentieth century. "In the Shadow of the Glen" takes place in the midst of a storm as a Tramp seeking lodging for the night finds the downtrodden young Nora Burke preparing an impromptu wake after her husband's sudden death. In "The Tinker’s Wedding," Sarah Casey, the Beauty of Ballinacree, wants to be married by a priest to the tinker Michael Byrne, but his mother objects.

See it if You want to see two short comedic plays by J.M. Synge. They are delightfully acted in an intimate space. Just a pleasure!

Don't see it if You prefer something more current and have trouble understanding an Irish accent.

See it if you like Irish theater and delight in watching talented and committed actors perform the words of J.M. Synge.

Don't see it if you have a problem with accented speech. But in the intimate setting of this theater, we're close enough to the actors to understand them. Read more

See it if You love Irish plays. Thought I would find more humor, but enjoyed the actors, sets and intimate theater

See it if You enjoy witty dialog, talented performers and Irish yarns

Don't see it if You don’t like Irish stories

See it if … you have enjoyed other plays by Synge, and would like the opportunity to see two of his lesser-known short works in an intimate setting.

Don't see it if … you’re not interested in the lives of people in rural Ireland 100 years ago, or you want to spend more than 75 minutes in the theater.

See it if If you like Irish plays, this is 2 short plays, entertaining, but slight, that look at another time and place.

Don't see it if as always, one must be ready to "hear" the brogue spoken. Read more

See it if You want to see 2 one-act plays by a classic Irish writer, smartly performed and tied together with song.

See it if Both plays are delightful glimpses into the lives of very colorful characters as they go about their daily business.

Don't see it if You’re used to big, loud productions. The small space and clever set make for an intimate experience in the lives of ordinary people.

-"The cast are pros and deliver Synge's biting dialogue with just the right amount of blarney and pathos, while Moore keeps the action moving with crisp, simple direction over the course of the two one-act's 75-minute running time. The physical production, with set design by Daniel Geggatt, costume design by David Toser, and lighting by Michael O'Connor, is especially strong for a show in the Rep's downstairs studio space."
Read more

"If there’s little here likely to evoke either indignation or deep reflection in a contemporary audience, Moore’s tribute to Synge is a charming portrait of the artist as a young man—one that, beyond the laughs on tap, should encourage the uninitiated to dig deeper."
Read more

"Attending this play you will find yourself joyfully in the heart of the Irish countryside with people you would never encounter anywhere else. You will be the better for the encounter, especially by standouts Terry Donnelly and Jo Kinsella who are fierce flames of fire burning the stage up."
Read more