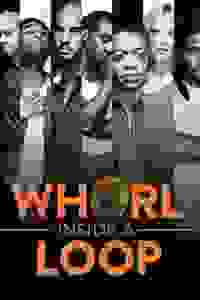 View in admin
Whorl Inside a Loop
NYC: Midtown W
81
Score it Scored!

Whorl Inside a Loop NYC Reviews and Tickets

In this Second Stage production, a well-regarded actress teaches six inmates how to tell their stories at a men’s maximum security prison.

Sharing intimate and sometimes hilarious details of their former lives, this unlikely group forms a bond - even as the actress’ life outside spins out of control. And when what happens in prison doesn't stay there, no one is sure who to trust. Six men play two dozen characters in a constant shifting of scenes, ages, genders and races.

See it if Intense superbly written and acted. Riveting story.

Don't see it if you don't like minimalist sets.

Don't see it if You don't like stories about Prison

See it if you care about the prison system. This tries to tackle (very imperfectly) an important subject.

See it if you're into "urban" stories.

Don't see it if you don't like straight plays or are in the mood for something very light.

See it if you won't be frustrated by a very surface-y exploration of a white woman coming in and stealing black people's stories.

Don't see it if you're not a fan of Sherie Rene Scott (this is not her best work).

See it if You're interested in the lives of prisoners. Terrific performances.

Don't see it if You prefer a more traditional sort of theatre.

See it if you want to see great acting on an intense subject. It is excellent.

Don't see it if you are suspicious that every inmate is poetic. But remember, it is theatre and it's the "best of".

See it if you are interested in the justice system in the US.

Don't see it if you want something light.

"A funny and moving new play...Their hard upbringings, the unhappy circumstances that led them into crime, the sometimes scandalously long sentences they received: These histories make for riveting, disturbing theater, and as recounted by the superb cast, they open windows into the lives of men whose stories mostly go untold, except in investigative journalism...Vivid writing and superlative performances effectively humanize each of the prisoners."
Read more

"Sherie Rene Scott and collaborator Dick Scanlan use their experiences volunteering at an upstate prison for the penetrating 'Whorl Inside a Loop,' about a white actor helping six incarcerated black men tell their stories...It’s the inmates’ stories that have the most resonance...As race and law enforcement continue to make headlines, 'Whorl' is a timely reminder of the precarious nature of justice."
Read more

"'Whorl Inside a Loop' has a searching, puzzling quality that is very rare in contemporary plays, whose themes are typically sharpened to fine pencil-points. This one spreads out as it goes, asking larger and larger questions...'Whorl Inside a Loop' convincingly demonstrates that theater can itself be a form of rehabilitation."
Read more

"The real-life prisoners involved deserve better treatment than this self-indulgent, self-consciously artificial exercise...Unfortunately, and more than a little ironically, the prisoners get short shrift in this piece, which muddles its serious themes in self-conscious, artificial theatricality...With both the writing and acting often lurching into caricature, the play unfortunately trivializes its important subject matter...it too often seems to be spinning its own wheels."
Read more

"The Volunteer has a secret of her own, one that makes us wonder whether she really is Sherie Rene Scott and, more important, whether we like her, whoever she is, as much as we thought we did. But that’s one more reason to have been entranced by this twisty work, performed with surprisingly deep eloquent power."
Read more

"As fine and funny as 'Whorl Inside a Loop' often is, the best thing about it is its cast — there hasn’t been such a dynamite ensemble of African-American actors since 'The Wire...' Using only minimal props, the actors switch seamlessly from one role to another as co-directors Scanlan and Michael Mayer keep this intermissionless show moving...In the dark, nobody will see you cry."
Read more

"It’s captivating and packs a punch. And it’s cartoonish and loses its grip...These scenes outside the prison are played in such broad strokes that the mood is shattered. In the end, the play underlines that a personal narrative is just that — personal. That matters when it comes to who gets to tell it, and how. The point is valid — and criminally obvious."
Read more

"'Whorl Inside a Loop' had the potential to be an important play. But in its current state at Off-Broadway's Second Stage, it is a mess -- though a very interesting mess, full of some striking moments, a smart overall concept and bitter commentary on race and gender...It needs -- and merits -- further development."
Read more