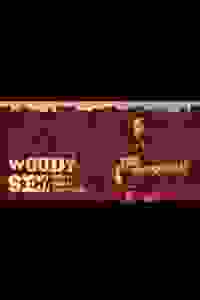 Performing classics such as 'This Land Is Your Land' and 'So Long, It’s Been Good to Know Yuh,' four actor/musicians bring to life the many people who formed the fabric of Guthrie's story. Not only was he a seminal influence on Bob Dylan and Joan Baez, he also inspired generations of Irish folk singers like the Clancy Brothers and Christy Moore. His songs may have told the stories of the disenfranchised in the Dust Bowl, but his recurrent themes speak of famine, workers’ rights, and emigrant strife. His legacy defined an American era of social consciousness and political expression that is alive and palpable today.

See it if you want a glorious 2 hrs of music/ words. WS is loaded w talent, esply the charismatic "Woody." WS'll delight your ears and open your heart

Don't see it if you need a narrative arc. WS is a concert, with a bit of biography. WG lived the life he sang about, so the songs are woven in seamlessly. Read more

See it if You're a fan of Woody Guthrie or want to learn more about his life.

Don't see it if You expect a show that draws any parallels between his music and his life or history. They might have but sound was BAD-couldn't hear A LOT!

See it if Emotional bio with great music. I fell in love with Woody... his causes, his fellowship, and his tragedies. This show has a lot of heart.

Don't see it if You don't like bios, or don't like folk music about the plight of the impoverished, much of it during the Great Depression.

Don't see it if Too many songs cheat us out of a more telling book; rather surface depict of Guthrie but potent reminder that the "good fight" never ends

See it if cast of four present a delightful tale (with songs) about the life of Woody Guthrie. About 16-20 instruments used by the four talents.

Don't see it if if you do not like folk music.

See it if you are a fan of Woody Guthrie. Showcases his life and many of his songs. Cast of 4 singers/musicians tell his tale.See America thru him.

Don't see it if you do not like folk music or music that is critical of capitalism and the rich.

See it if you are interested in the life and music of Woody Guthrie. 4 exuberant actors/musicians make his story relevant!

Don't see it if you are not interested in learning about Woody Guthrie or hearing his songs.

See it if Enjoy folk music & are interested in the socio-political history behind these songs. Cast is talented and set/lighting adds drama.

Don't see it if You aren't interested in hearing about the working man in 20th cent. history and may not enjoy the leftist politics of Woody Guthrie. Read more

"This is a show that favors breadth over biographical detail, and there’s a lot to cover, especially when you consider the snippets of more than 40 songs in about two hours. But the exhilarating 'Woody Sez,' a fine balm for a summer’s night, moves at a brisk and polished pace...Mr. Lutken’s Guthrie avoids aw-shucks sentimentality; Mr. Teirstein demonstrates remarkable instrumental versatility; and the sparkling Ms. Loomis mugs winningly as she takes a fiddle solo."
Read more

"Like the songs themselves, everything about the show has the ring of truth. The performers look and sound as though they’ve stepped off a farm in Guthrie’s native Oklahoma...Playing guitar, fiddle, banjo, dulcimer, harmonica and other instruments, the performers plumb the inner depths of a man whose Okie roots—scarred by poverty, mental illness and domestic tragedies—filled him with empathy for the downtrodden."
Read more

"An inspired choice for this fraught political moment...'Woody Sez' is a poignant, frequently stirring account of a life spent fighting the good fight...Lutken, a first-rate musician and singer, puts over the numbers with brio, and he is aided by an equally gifted company...Corley's direction ensures that the songs and narrative are woven together with the seamlessness and homespun purity of an authentic country quilt."
Read more

"Four wonderful performers vibrantly sing and act out the singer-songwriter’s classic, political songs...Lutken magnificently captures the essence of Guthrie with his wry twang, beaming smile, and dramatic presence...The script is an accomplished distillation of historical details that seamlessly blend with the songs into an engaging, informative, and highly entertaining presentation...A living monument to the enduring greatness of Woody Guthrie’s songs and a reminder of his courageous life."
Read more

"Lutken devised a tribute to folk music's legendary poet of the people into something that transcends the biographical concert genre...Lutken's collaboration with director Nick Corley makes for an extraordinarily entertaining and informative two hours. It's a concept that calls for a cast of just four, though all must be super gifted and extremely versatile...To describe Lutken's triple-threat singing, playing and acting as excellent is an understatement. He is a wonder!"
Read more

"The show is two hours of pure string-plucking, chord-strumming, foot-stomping, storytelling delight...It also helps that he has a cast of energetic and highly proficient folk musicians telling his story. Lutken plays Guthrie with a mix of passion, humor, and exuberance that makes for a deeply compelling and moving portrait of the man...I think today's young people will find in Guthrie a fitting champion. And 'Woody Sez' is the perfect introduction."
Read more

"The evening is kept at a good steady pace by the competent direction of Nick Corley...Perhaps, at certain times during this production, the power of the song is diminished by the informative introduction but for the most part it serves this production...The overly skilled cast travels through the evening exercising their wide range of vocal ability while playing an incredible array of different instruments...Go spend a couple of enjoyable hours listening to the music of a protesting pioneer."
Read more

“If you're not sure who Woody Guthrie was and what he accomplished and stood for, I suggest you hop an MTA boxcar over to the Irish Rep…where 'Woody Sez,' an excellent jukebox bio-musical about his life, is being enacted by a delightful quartet of multitalented singer-musicians. I have no idea of what the Irish connection is…but it will take only a few minutes before you stop wondering about it and give yourself over to the joys of top-notch musicianship and homespun biographical storytelling.”
Read more