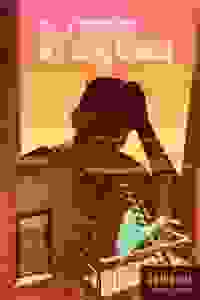 View in admin
A Room of My Own
NYC: Midtown W
90
Score it Scored!

A Room of My Own NYC Reviews and Tickets

Charles Messina's semi-autobiographical comedy, 'A Room of My Own,' revolves around a writer who grows up in a wacky Italian-American family. Set in a small tenement apartment in late 1970s Greenwich Village, the play follows in the grand tradition of playwrights like Neil Simon, who used their own early family lives as inspiration to create indelible and uniquely American Broadway hits.

See it if You want to sit back, relax and enjoy a funny play about an Italian family living in a Greenwich Village tenement in the late 70's.

Don't see it if Want to see a highly thought-provoking story or an entertaining musical. Stay away, if you are put off by abusive language.

See it if You are into nostalgic/memoir theater or would enjoy the dialect and antics of a Italian-American NYC tenement family in the late 1970's.

See it if I did laugh: Mario Cantone has a good part and is hilarious. The rest is take it or leave it.

Don't see it if It's just not good enough to go that far west on 36th Street.

See it if you enjoy family drama

See it if You want to

Don't see it if You dont

See it if Great acting, great set design, set in 1979, understand that everyone has a crazy family- don't need to be Italian to get the jokes.

Don't see it if You don't have a great sense of humor. Must be able to understand that love is shown in all different ways. In 1979 it was different.

Don't see it if If you do not have a sense of humor.

See it if You want to laugh and cry. Love to remember 1970's and Paco- dj! Ralph macchio and Mario Cantone are excellent. Cast carefully chosen.

Don't see it if You are easily offended. Don't like cursing.

"A brash, overstuffed cartoon of a memory play about an Italian-American family in 1979 Greenwich Village...Directed by Mr. Messina for the Abingdon Theater Company, the production is anything but subtle...'Room' means to be a play about how Carl became a writer. But grown-up Carl is awfully bland...What the play mainly becomes instead, in the hands of Mr. Cantone and the very fine Ms. Tribuzio, is a brother-sister story of ferocious devotion."
Read more

"It is raunchy and inconsequential. Sometimes, it is also hilarious...The laughs, assembled in unexpected ways by writer-director Charles Messina, are fast and furious, concealing the fact that there isn’t much of anything else going on here. Sometimes the one-liners suffice. What they say about the possibility of living long enough to someday see a black president in the White House is worth the price of admission...Messina makes each member of the Morelli clan as human as they are obnoxious."
Read more

"While it’s sweet to see [Ralph Macchio] venture out in a small off-Broadway show, you wish he’d picked a better one than 'A Room of My Own'...The weirdest thing about Charles Messina’s autobiographical play is how radically different the two Carls are. The grown-up one is soft-spoken and appears fundamentally nice, while the young one is a toxic, profanity-spewing kid. Maybe the real show is what happened to Carl on the way to adulthood."
Read more

"'A Room of My Own' is a truly hilarious memoir of growing up Italian-American in New York City. That doesn't mean it isn't also heartbreaking. Messina introduces us to a world in which comedy and tragedy go hand in hand...While his script occasionally feels half-finished, Messina's production is exquisitely detailed...Despite a slack plot, Messina's dialogue crackles with wit and vulgarity. Even in the most dramatic moments, a hilarious profanity-laced tirade is never far off."
Read more

"The characters in Charles Messina's new play are so unruly, not even he can control them. No matter how much he—and we—may want them to shut up, they insist on venting, usually at the top of their voices...It's possible that another director might have gotten more modulated performances from the cast, but Messina has encouraged them to keep the action at a wearyingly unsustainable pitch."
Read more

"Messina seems to be serving up a slice of life, but there's barely a plot; for that matter, there are barely any events...It's more a series of skits...Things like this could matter less if the characters and their world were more vivid, but they're a collection of stock characters with stock accents...'A Room of My Own' comes across as just as aimless as it does derivative."
Read more

"Rip-roaringly hilarious with the sort of language that needs an R rating. However, from the delighted reaction of the audience at the performance under review, the dialogue peppered with curses and four-letter words did not faze them one bit...Messina uses an interesting Pirandellian device which is only partially successful...This is a play that will entertain you while you are in the theater and stay with you after you leave for its authenticity."
Read more

"As theater, it is pretty good. The cast is well suited to their roles, and the dialogue—despite its inside baseball tendencies—is snappy and entertaining. Unlike some writers, Messina seems to know how to direct his own work, perhaps because this particular piece is so specific to his own experience...These elements combine to smooth the play’s rougher edges, giving the occasionally cartoonish proceedings some depth and definition."
Read more