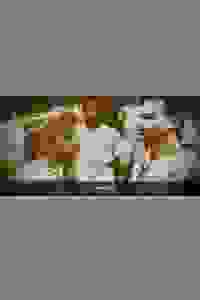 A black Captain is sent to investigate the murder of a black Sergeant. At first it seems he was killed by the local KKK. But when the true murderers are discovered, surprising and unsettling divisions among the black troops are revealed. Evocative of Herman Melville's "Billy Budd," the play uses a murder mystery to expose African-American anger and resentment that curiously mimic white racist attitudes.

See it if Military murder whodunnit imbued with racial conflict. Characters we meet in act 1 turn deeper and darker in act 2. Excellent performances.

Don't see it if You don't like this genre. You don't want a lot of intensity/conflict/mystery. You want a fancier production.

See it if you're looking for a classic drama that still resonates today. You want a great performance from an ensemble cast.

Don't see it if the issues of racism and segregation greatly disturb you.

"The noble revival that resonates powerfully on several levels...A gripping mystery story...Weldon has assembled a dedicated cast of twelve...they shine as an ensemble...Fuller writes about racism and man's capacity for cruelty and hatred...Fuller is asking us to look at ourselves long and hard in our own culture, and to question from whence this terrible capacity comes...Meanwhile, 'A Soldier's Play' will remain in repertoire...until we find the answers."
Read more

"An involving murder mystery, but it was, and is, much more...As blazingly relevant today...About race and, at the same time, more than race...The audience can enjoy guessing who the culprit, or culprits, might be...Directed with much care...The only disappointing performances were those of the white officers...Fuller's writing is so strong that it can well withstand less than brilliant performances...Touches our most intimate hopes and terrors, make the play a classic in the true sense."
Read more

"Gripping, and powerfully performed, this is a superb revival...Mr. Fuller weaves a highly suspenseful and racially charged murder mystery that justifiably was showered with theatrical accolades...Tucker’s towering performance as Waters is the muscle of this successful production...Weldon’s physical staging inventively, precisely, and aesthetically utilizes the large stage to faithfully realize the material...'A Soldier's Play' is a modern classic that has been flawlessly mounted."
Read more

"An uneven revival...The mood of this production is more melancholy and ghostly than urgent and vigorous…Tucker turns in a fine performance as the troubled Waters…Reuben has a handful of nice, subtle moments as Davenport, but saddled with the job of endless questioning and busy with way too much scribbling in his notebook, we rarely feel for him…Director Weldon finds the right theatricality...The barely there set is evidence of a nonprofit theater company in need of donations.”
Read more

“The sketchy scenery and wardrobe for director Charles Weldon’s rough-around-the-edges production makes plain the NEC’s shoestring budget. Fortunately, Fuller’s sharply written text, which is partly a detective story and partly a study in racism of different varieties, remains so compelling that these sparse visuals and some not-altogether-proficient acting by a twelve-member company scarcely diminish its power to engage an audience.”
Read more

“The heavy lifting here is done by an excellent cast, with actors doing double duty as both members of the ensemble and featured characters…At a time when the President of the United States can defend the white nationalists protesting the removal of a statue of Confederate General Robert E. Lee by saying they included ‘some very fine people,’ we need ‘A Soldier’s Play’ more than ever.”
Read more

"The production is done well, and the story is evocative with complex themes and characters...The actors are incredible. Their articulated 'Army' movement of the characters is theatrically compelling...Perhaps the most intriguing aspect of this play is its relevance to our current sociopolitical climate...This masterful and stimulating play is a must-see."
Read more

“The whole cast does an outstanding job. Jimmy Gary Jr. touches your heart strings in one scene when he is put in prison. Chaz Reuben shines in his role especially as the narrator. Gil Tucker is so convincing in the role you want to smack him in the face for being so nasty and righteous. The play is worth seeing. It still has something to say. Go see it to find out. I felt the second act had more impact and fire on the audience.”
Read more