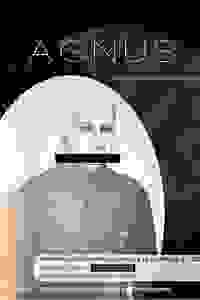 Set in the year 2047, this piece grapples with themes of corporatized media, an elite political sphere, advanced technology, prisons, and the governance of public opinion.

Agnus is an odd man in both appearance and personality. Cryptic and volatile after being accused of the murder of a California Governor, Agnus undergoes a series of interviews by a state appointed psychologist to determine his fitness to stand trial. Spoken Word Hip-Hop Theater Artist Ise Lyfe and Google Tech Writer Matt Werner collaborated to write and produce this futuristic political drama.

See it if you are a friend of the actors. Nice staging.

See it if you want to open your mind to where we may be going with all that is happening today. Brilliant writing and the cast is very good.

Don't see it if you cannot open your mind to possibilities of the future based on all that is afoot today. Disturbing moments may not be for all.

See it if you want to see a poor man's "1984", with a rather silly premise, far too many characters, and not nearly enough cuts to the mundane script.

Don't see it if you expect a polished, professional production or an original dystopian story. [The interminable courtroom scene is illogical & ridiculous.]

See it if The story was good at time a little slow. The actor was good. It held my interest and the end was something I did see coming.

Don't see it if You have to be open to different experiences.

Don't see it if Despite all the government surveillance & AI techno (it's 2047), its a comfort to know human venality & revenge will still win in the end

Don't see it if you don’t want to be reminded of the long, self-satisfied plays people wrote in college; you’re not moved by a lot of unfocused anger Read more

See it if you are curious about the status world in 2047 seen through the eyes of a bizarre character on trial for his life.

Don't see it if a study of a strange and insane character other than Donald Trump is not your cup of tea. Read more

Don't see it if You want plays that have action. This brought to mind the Talking Heads lyric "You're talking a lot, but you're not saying anything."

"Finds strength in its political voice...However, these important themes are sometimes lost in 'Agnus’s' unfocused plot...The creative team makes the most of the intimate Lion Theatre, using staging techniques, lighting, and projection design to make the production feel grand and evocative...There are elements of brilliance tucked away in an ambitious script and characters worth exploring, but these elements are intertwined with a story that often feels both unfinished and unfulfilling."
Read more