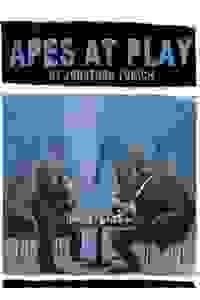 Part detective story, part meta‐noir, this Kafkaesque comedy takes us on a topsy--turvy quest that explores everything from the time continuum to criminal clowns. Part of the 2018 Dream Up Festival. More…

A seasoned assassin is hired to wipe out an obscure fringe playwright. Yet as she moves closer to the kill, she uncovers an inexplicable link between herself and the target.

See it if you have 65 minutes to be whizzed through this story, sometimes on the mark and sometimes short. Some good acting and some funny moments.

Don't see it if you want a polished production. The production value is good for off-off-Broadway but it needs more cohesiveness.

Don't see it if absurdism, mimes, seeming pointlessness, voice-over narration, projected scene titles, would drive you to fall asleep at the tedium

See it if you like supporting small theater. You want a fever dream quality mashup play of Guy Noir Private Eye and Borges.

Don't see it if you're expecting a polished production, coherent script, or high production value. This is a barebones, black box experience.

Also The lead actress playing Flynn is very strong and brings interest and nuance to a difficult role. She is by far the highlight of an uneven cast. There is a lot of humor in the play, and several interesting ideas, but frustratingly, nothing ever seems to get anywhere, and "Kafakaesque" seems to describe "nothing has to make any sense, so it just won't."... Read more Read less

See it if You are a friend or relative of a cast member; Are supportive of the experimental Theater of the New City and new playwrights

Don't see it if You really expect a " meta-noir, Kafka-esque" comedy; need a coherent play or thought-provoking plotline to grab onto

Also I understand that my initial review of this play has displeased someone. I have seen a great many "fringe"-style shows and many non-linear, untraditional plays, and this is simply an opinion. That's what Show-Score is all about.... Read more Read less

See it if It's relatively harmless. And a mouse ran across the stage when I saw it, which I added 3 points for. It has an ok script and moves quickly.

Don't see it if The acting varies from horrid to adequate. The story doesn't make a ton of sense. Also, I can't promise a mouse at any other shows.

See it if Some good writing and acting saved the day. But trying to incorporate several viewpoints made it something of a structural mess.

Don't see it if You don't feel comfortable with experimental theater.

See it if You enjoy something delightful and a little weird

Don't see it if Absurdist plots are not your thing, or you need to have everything fully resolved at the end of a play.

See it if you enjoy silly, absurdist low tech productions.

Don't see it if you enjoy plays that make sense, plays that are well written.

See it if You like absurdism or low-tech chamber theatre. It’s also short, not even an hour long.

Don't see it if You have trouble following confusing, absurdist storylines. You want a convincing resolution at the end. You want realistic acting.

Also Maybe I shouldn’t review this because I missed the first five minutes (thank you, MTA weekend subway delays). I could tell immediately, though, that this play would be a hard thing to follow or figure out. The small cast acted out a series of scenes that somehow spelled out a narrative somehow resembling a gender-switched, noirish assassin/detective story, with strange, opaquely odd characters, offstage (pre-recorded?) narration throughout, and absurdist non sequiturs. I did find it entertaining, but I never could figure out the “why” of it all.

The acting styles of the cast seemed to veer between heightened overdramatic overacting and a sort of understated non-acting. I kind of waited for an Ionesco “Bobby Watson” moment but it never came. I wasn’t quite sure what to think about it all.

YMMV. I hope you make more sense of it than I did!

See it if You're looking for something challenging, new - will leave you with lots to discuss. Some very funny moments and fun musical moments.

Also A few scenes were funny and fun, but the piece just didn't come together for me at all. The story goes no where and doesn't leave you with anything really concrete in terms of themes or meaning. The characters have moments and the actors are mostly doing good work. The pigeon story scene was my favorite along with the clown and his ukulele.... Read more Read less

See it if you like comedies and are looking for a short play that will give you a few good laughs.

Don't see it if you are looking for a larger production. The set is very simple and requires imagination and paying attention to the narration.

See it if If you enjoy easy to watch theater

Don't see it if If you take life very seriously

See it if You like experimental works that don't conform to the Aristotelian mode. Funny.

Don't see it if You prefer conventional, formulaic theatre with a manufactured pay off.

Also Saw the opening performance, and laughed a lot. If anything, too ambitious. Cast is young, but game. Leaves you with lots to think about. A good time. Minimal production.... Read more Read less

Don't see it if you are averse to weird and different plays, and barebone sets

Also Wasn't sure what to make of it at first. Still not sure, to be honest. But it kind of comes together in its own strange way. A fast hour, doesn't overstay its welcome. Entertaining.... Read more Read less

“A short but ironically succinct piece that gets to the core of what it means to live within the possibility of the inexplicable...The audience is not simply present to be entertained, but to think...Although what happens in this show is mostly farfetched, the overall concept of it really compels...
read more
Get Alerts Alerts On Alerts Off 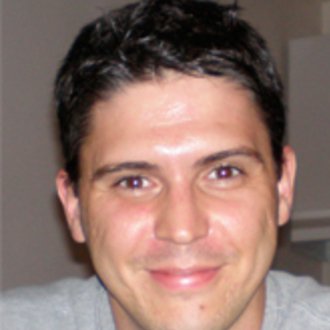 Jonathan Yukich
Writer / Director
Get Alerts Alerts On Alerts Off