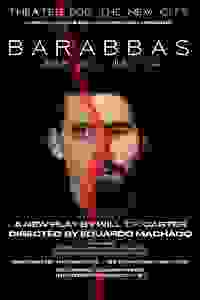 Set in a Lima, Peru prison cell in 2021, this new adaptation of the biblical story sees a bright young lawyer who has been accepting bribes thrown into prison with another political criminal and whistleblower, Jesús. More…

Peruvian citizens have just elected a President bent on ridding the political and legal system of corruption. A righteous whistleblower, Jesús, and a rash lawyer, Bara, find themselves sharing a cell under the surveillance of two cruel guards. Together Jesús and Bara navigate the landscape of their crimes – what transpires is both sinister and illuminating. Bara and Jesús debate morality and nationalism while subjected to Mother Peru’s harsh prison conditions. The play eerily mirrors political criminality happening all over the world drawing parallels to corruption in Latin America and the United States.

See it if you want an interesting take on the biblical relationship set in a politically challenged Peru. The set is good & the actors capable, but...

Don't see it if the low voices, especially when directed away from the audience, make you miss what is going on, or if loud banging or violence upsets you.

See it if Enjoyed this creatively staged play in the basement of a very old building.

Don't see it if There was not air conditioning which made it difficult to focus.

Also i had trouble understanding one of the leads except when he was facing downstage, which wasn't very often.... Read more Read less

See it if don't.The idea is compelling but the execution is poor.First of all the Jesus actor cannot speak clearly nor act so there is no counterpoint

Don't see it if you were looking for an intelligent argument or exchange of ideas or a meaningful examination of politics. It is obvious and superficial

See it if You’re into intense political dramas

Don't see it if Graphic violent scenes offend you, or if you like a nice cool theater in the summer

See it if See it if you need a nap outside of your home. 80 mins of two people talking to each other quietly. No idea as to what the play was about.

Don't see it if you expect a good story line or good acting. Their dull lifeless boring conversations put me to sleep. No intermission, to sneak out.

See it if You like the actors, though the direction does them very little favors.

Don't see it if Prison cliches annoy you; Corrupt guards, prison jailbird who quotes the Bible every 5 minutes, somebody has to die at the end.

See it if you like intense drama with 0olitical and social issues without "date stamped on it", yet relevant to our times. Wonderful production!

Don't see it if You are in a mood for a light theatre!

See it if Entertaining

Don't see it if Banal

See it if an interesting idea for a play is enough to bring you to the theater.

Don't see it if you’d like an interesting premise for a play to be fleshed out in a coherent script & adept production.

Also The premise for this play is fascinating: in Peru 2 “political” prisoners share a cell. The actions of 1 have led to the arrest of the other. The former is named Jesus; the latter is named Barrabas. Action takes place in their cell & elsewhere in the prison. There are 2 big problems that prevent this interesting idea from being embodied in the production. The script is a bit incoherent, with Barrabas especially ping-ponging between 1 extreme (loving his cellmate) & the other (doing his cellmate bodily harm) without much preparation. And probably most damaging: actors’ diction. One of the guards mumbles so badly that it is impossible to understand almost everything he says. And, to a lesser extent, the actor playing Jesus suffers from the same vice so that a good quarter of what he says is lost. (I do not normally have this problem in the theater, even in this somewhat difficult basement performing space where I have seen several productions.)... Read more Read less

See it if You’re interested in history set in a Peruvian jail cell. It is beautifully enacted by a small cast in an up up close and personal way.

Don't see it if Political stories set in jails are not your thing.

Don't see it if averse to graphic scenes of violence, though very well choreographed. Male actors sometimes difficult to understand.

Also Not sure whether it was the acoustics in the theater or the fault of the actors. Female performer was loud & clear.... Read more Read less

See it if you have supernormal hearing, you like political discourse, You enjoy violence

Don't see it if you like to hear and understand the actors, you are disturbed by violence

Also From the 50% I could hear the writing was intelligent. At first I thought I was going deaf. Then I thought the acoustics in this black box theater were at fault. Then an actress came on set whose dialogue I could understand. so then I concluded it was the actors who muffled their lines. How unfortunate!... Read more Read less

See it if you enjoy being close to the action and understand there is a link to the past.

Don't see it if you do not want to feel uncomfortable as to a pertinent story that could take place anywhere.

"The tension between the two men is palpable right from the start of this short one act play...This production directed by Eduardo Machado could benefit from even more tension...The fight choreography by Daniel Benhamu was excellent. Anwar Wolf portrayed Jesús and believably conveyed all of the p...
read more
Get Alerts Alerts On Alerts Off
"While Will T.F. Carter's Barabbas is very outspoken on the topic of political corruption in Peru, the play is dramatically weak as so much of it is exposition. In each scene we learn a little bit more about the men's lives, but little that is new happens in the play's 90 minutes. The tepid direc...
read more
Get Alerts Alerts On Alerts Off 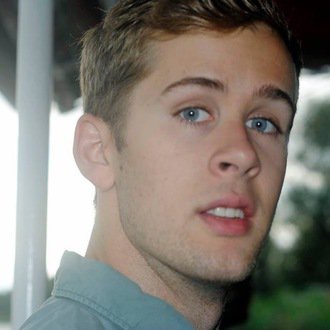 Will T.F. Carter
Playwright
Get Alerts Alerts On Alerts Off 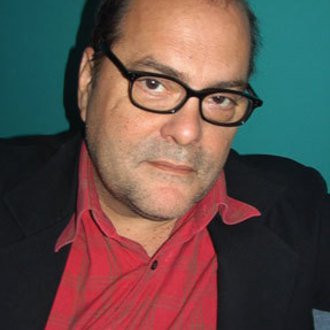 Eduardo Machado
Director
Get Alerts Alerts On Alerts Off