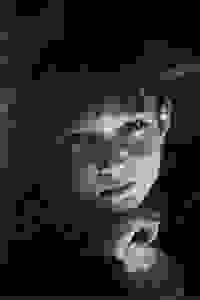 This new musical tells the story a young man who was abandoned as a child, placed in an orphanage, and abused. What can a boy say when all he knows is taken away? Part of the 2018 Planet Connections Festivity. More…

On his 8th birthday, Johnny Rogers’s mother dropped him off at a Brooklyn orphanage saying, “This is summer camp! I’ll be back to get you in the fall,” and never returned. Now as a young man, he must learn to trust, to love, and to be love again.

See it if you are interested in how childhood trauma can play out in early adulthood.

Don't see it if you require fully polished productions, or only like musicals with fully literate books & lyrics.

Also I found this wildly uneven, & felt the book did not at all exploit the locale it begins in (Coney Island) or ends in (the radical campus of UC Berkeley in the mid-1960s). But I have to report that the audience loved it: I believe the story of abandoned boys in trouble deeply touched them, & it touched me too, despite my reservations. So it must be doing something right.... Read more Read less

See it if You like shows that are a bit of a throwback. You like melodrama, and lots of it.

Don't see it if You are looking for a show that handles serious subject matter with the focus it deserves.

Also Yikes. This piece is like an operetta you might imagine in the midst of a fever dream.

It has every trope in the book, and then some.

The music, while serviceable, is not representative of ether the 1960's or either New York or Berkley, CA. Instead it sounds like a slightly more muzak influenced rendition of Newsies.

The lyrics are held captive by an excessive need for rhyme scheme. And lots of it. More than you might think is necessary.

And then there are the flashbacks. And oh, there are many of them. Rather than hire young actors for the roles, the adult actors double as their adolescent selves. In a comedy, it might work. But in this heavy melodrama, it comes off as amateur and absurd. Made all the more so by Matthew Riordan's deep rich baritone voice. Yes, an eight-year-old with a deep, rich, sonorous, baritone voice.

And then there's the over-the-top melodramatic ending.

On the plus side, the vocal arrangements are quite beautiful.

See it if you are interested in a thought provoking musical about a young man’s struggle to overcome his painful past.

Don't see it if you want a completely polished production. You want a real set. You don’t care about supporting an unfinished work with promise.

Also This is a very small production with no set. The songs are effective and powerful. Some people will be disturbed by the plot. The leads, Kalnas and Dewar are great singers. However, a few actors are almost inaudible. The story can use some fine tuning. There can be some reorganization of scenes. It has a lot of potential.... Read more Read less

See it if You are interested in seeing a play about young people trying to survive in a world which has seemed to turn against them.

Don't see it if Themes of child abuse and abandonment make you feel uncomfortable.

See it if you like a melancholic drama of how one's past catches up w/ one's present & future. But it has its fun & romantic moments too set in music!

Don't see it if you want a feel good musical, as the tragic tone is more pronounced, but in a good way, as that is essentially the theme. But still "fun".

See it if In this musical the score itself was terrific. See it if want to see true heart that comes from everyone associated in this production.

Don't see it if ...you are looking for an uplifting musical.

See it if You want to support first time writers and young performing talent. Interesting idea for a show.

Don't see it if You want to see a refined or refreshing new musical or if you want to hear a consistently good singing cast.

Also I was disappointed in the predictable music and lyrics that often fought against the emotional intention of their song. I didn’t feel like the piece knew what it was, a musical or a thru-sung piece. Sometimes when song directly segued to another song, I wanted a break and to hear dialogue. I understand the show was not vocally amplified, but low notes often disappeared, along with a couple of performers entire songs. There were a few wonderful voices, but I felt the talent could not handle much of the vocal demands placed upon them by the composer. Fast patter phrases were very difficult to understand. The production needs tightening, although hats off to all the very tough quick costume changes required. The ending was not a surprise, sorry.... Read more Read less

See it if You are looking for unexpected sources for musicals. Emerging art that is worth supporting.

See it if You like original new production. You like shows that give you something to think about.

Don't see it if You are looking for a perfectly polished production. You have a hard time with difficult topics.

See it if you like great music with great lyrics.

Also casts have great voices. Try closing your eyes and hear the songs and imagination will come through. Show is like a classroom musical play but given a budget and more workshop for the casts, this show will nail it. Awesome composition.... Read more Read less

See it if you like original musicals with serious themes and a story that makes you think, like Dear Evan Hansen.

Don't see it if you like upbeat musicals with dancing. No dancing in this show. It wouldn't fit in.

See it if You love beautiful melodies that you hum long after you leave the theatre, gorgeous harmonies, a story that is relevant, thought provoking

Don't see it if you believe that a serious subject cannot be handled effectively in a musical and still be riveting, life affirming and entertaining.

See it if I loved this show and you will love it too! You will laugh, you will cry, you will sing...this is the next "Hamilton"!!!

Don't see it if If you don't want to see an original exciting new musical..or two character play.

Also The music, the story, the acting, the directing is top notch...GO SEE IT!!..you only have 5 more chances before it goes to Bway!!!... Read more Read less

See it if you are moved by stories about the resilience of the human spirit, set to beautiful music performed by talented actors

See it if You are not afraid to face challenging issues head on !

Don't see it if If you want to live in denial that the world is full of good & evil but Good will land on top in the end !

See it if Contrary to the usual fluff on Broadway, this story is timed perfectly for such a time as this when reports about sexual abuse are rampant.

Don't see it if you have similar experiences which might bring back hurtful memories.

See it if The original songs and score are a wonderful.

Don't see it if Child abuse and sexual child abuse are tough subjects.

See it if You want to get lost in an intriguing, true life story of a retired Pastor.

Don't see it if You are sensitive to physical and sexual abuses covered in the play.

See it if You are looking to be moved and thought-provoked. Definitely deep themes and excellent story line.

Don't see it if I wouldn't take a very young child as the themes are more for adults.

See it if I really loved this show! I especially appreciated the way they showed how the characters were impacted by their experiences.

Don't see it if The show gets into a serious subject that is very relevant today but some people might not want to see such a serious topic!

See it if you want to watch something that will capture you and make you think and feel. We talked about the play for three days.

See it if You enjoy deep storylines and thought provoking real life situations. The music will stick with you for days after.

Don't see it if You are looking for a lighthearted feel good musical.

Also This was an excellent display of talent and hard work. It has so much potential when given the time and proper setting. Due to the restrictions of the festival, costuming, set design, lighting and sound were limited but amazingly this did not distract from the message. Deeply moving, sensitive and intense were the range of emotions you experience. There’s even a little laughter in the mix. Overall an awesome way to see a Broadway Bound show. See it now before you can’t get (or afford) tickets!!... Read more Read less

See it if You enjoy incredible, memorable melodies that lodge in your ear and don't let go. There were several goosebump-inducing moments!

Don't see it if You're just looking for light entertainment. Though often very funny, it deals with serious issues and forces you to grapple with them.

Also This show should go to Broadway- it speaks to anyone who struggles to overcome their past, and to anyone who loves them. It's challenging and inspiring, ranging from the depths of despair to the heights of hope. I found myself moved to tears.... Read more Read less

See it if you enjoy challenging and painful themes made tolerable and rewarding through art.

Also A deeply disturbing theme evokes pain and sadness in its depiction of the consequences of childhood sexual and non-sexual abuse. The loss of childhood is haunting, remembering those who survive and transcend, and those who perish. The bond between two boys is both heart-warming and heart-breaking.... Read more Read less

“Birthday Boy” hasn't been reviewed by any Critics (yet!) 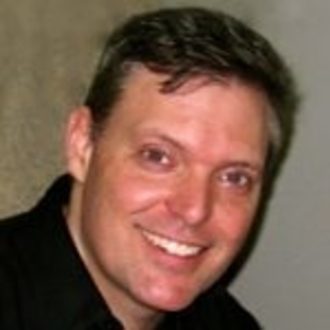 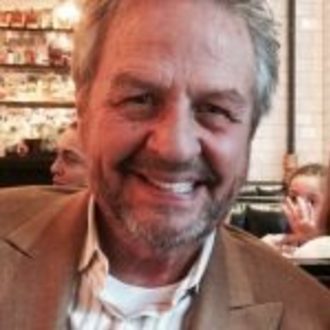 Jack Donahue
Bookwriter / Lyricist
Get Alerts Alerts On Alerts Off 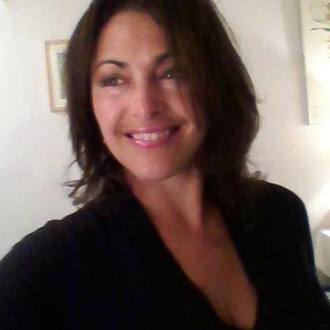 Angie Kristic
Director
Get Alerts Alerts On Alerts Off