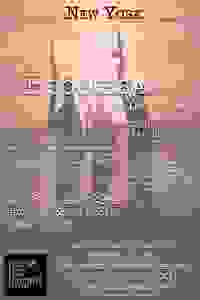 "Boogieban" explores the lasting affects of war upon two soldiers of different eras. Together, the two men launch on parallel journeys of the heart that will change them forever.

See it if A story about two war veterans who help each other through the horrors of war.well acted play and very deep and moving.

Don't see it if If you want a liter story. At 110 minutes no intermission. Has some moving scenes that are heavy and war related.

Wish I Could See Them All
Syosset
50-64 | Male
671 reviews
Get Alerts Alerts On Alerts Off
90
Moving, Great acting, Resonant, Relevant, Intense
September 29th, 2019

See it if Army vet psychiatrist sees one last patient before retiring, and while helping the patient, discovers himself. Authentic & compelling.

Don't see it if The PTSD theme is not new, but the particular story of these two characters is executed beautifully. Includes flashing lights & loud noises

See it if U want 2 feel what PTSD is probably like. Stunning portrayals of both the soldier and his army psychiatrist. It will hi-10 ** appreciation o

Don't see it if If you’re looking for something less serious and thought provoking.

Also your Appreciation of what our soldiers endure.

See it if you love "dark". This show starts dark and turns darker in every scene.

Also This show has only 2 characters on stage, but there are millions of characters in this show - and none of them have any sort of real redemptive value that overwhelms their transgressions. That is truly dark and repulsive.

Each character comes to the military as damaged goods and the military takes advantage of that and makes them worse. The "enemy" has no human presence. They are just an evil thing, so the show is quite racist at its base, but that is also quite realistic.

The show can easily be misleading for those who don't come to it with their eyes wide open. Some might accept the propaganda of "good" and "bad" but there is no "good" in this show.

This is required viewing, but know what you are seeing. The show is quite dangerous in its realism.

See it if you are interested in the effects of war on soldiers, insights into PTSD therapy, superb acting & playwriting.

Don't see it if you dislike serious plays that involve an exploration of characters that suffer severe psychic turmoil & their attempts at coping.

See it if A true evening in the theatre with a compelling story of the human impact of war where there are no winners. A must see drama!

Don't see it if If war & PTSD is of no interest, you can skip this play, however, you are doing yourself a disservice.

See it if you're interesting in a show about the human cost of war & the bonds the shared experience of combat can create.

Don't see it if you might be triggered by the special effects used in the flashback scenes; you expect plays set in the past to get the details right.

Also SPOILER ALERT
Cast & staff have poured their hearts & souls into this play, so criticizing it seems cruel, but..
Plot has holes. 1.There is a gratuitous part about the shrink's deceased gay son.Being gay is a big secret&he made dad swear not to tell mom.The son is running away from an engagement when he joins Special Forces.Later, we're told his sister told mom he was gay & mom's mad at her spouse for not telling her. Then dad says that it was obvious & everybody else knew. So why didn't the young woman he was supposed to marry? 2. A shrink would have been forced to undergo psychoanalysis & it's unrealistic that he wouldn't have figured out for 35 years why he screamed Moses.3.Timeline is off. I don't get the reference to 29 years in the military; it doesn't conform to timeline. Vietnam war ended in '75. Someone who fought in it would not be in the military as a LtC in 2010, especially in med corps.
Play has merit,but needs work. LtC's long, pedantic soliloquies should be cut.

See it if You want to see a wonderful 2 person show with great acting.that gets you to feel deeply for the characters.

Don't see it if You want to see a light and fluffy play. This play brings up a lot of emotions.

See it if you want to see a powerful exploration of PTSD suffered by combat soldiers in a well-acted and well-written play.

Don't see it if you want an elaborate and/or lighthearted show. This is an intense, dramatic production on a simple set.

Don't see it if you dislike scenes of war acted on stage or small intimate theaters, but frankly this is a rewarding non-profit show, worth yr time & funds.

Also SAG-member Travis Teffner originated the role of Specialist Jason Wynsky in Akron's none too fragile theatre, for which he earned a much-deserved Best Actor award.

He & AEA member David Peacock also won a Best Duo Performance prize. No surprise that Sean Derry achieved recognition as Best Director & the production racked up several other prizes too.

The play's resolution brought tears to my eyes; while the audience was small, I believe others were just as deeply affected.

Sound designer Brian Kenneth Armour did a remarkable job, & he too won an award for Best Sound Designer (again, no surprise).

One song track played in full should probably be halved but I have few other criticisms.

This is a necessary piece of theater. Everyone should see it.

See it if PTSD of veteran; dialogues with a military psychiatrist; didn’t expect such acting from such tiny old theatre; free drinks from bar;

Also It’s a simple narrative with few flashbacks & twists, yet so very moving due to the topic & the acting.... Read more Read less

See it if Intense two man play of an army doctor and his PTSD patient. Very moving, and absorbing play about this difficult subject matter.

Don't see it if You prefer a lighter subject matter.

Also This closes on September 29th and I would highly recommend seeing it. Theater even provided a complimentary drink. The play left you thinking afterwards.... Read more Read less

Also Well directed by Sean Derry, and a fine effort by the two accomplished male actors. While the subject has been covered before, and there are no surprising wrinkles, it provides a night of fine theater for those who may be interested in this type of show.... Read more Read less

Don't see it if A strong play with emotional underpinnings.

Also Both actors are believable and bring real humanity to their roles.

See it if You want to see a well acted, well written show that is very honest about the experiences of people serving in the military

Don't see it if You want an evening of fluff

See it if The price a soldier pays through his life with PTSD is intimately explored and masterfully expressed in this two person play. Truth told.

Don't see it if you dont want to be reminded of the sacrifices members of the military continue to make throughout their lives. It is emotionally powerful

Don't see it if Uncomfortable subject of PTSD is explored in therapy sessions. Not for the faint-hearted or someone looking for simple entertainment.

Also Although early scenes are a little slow, (I would have trimmed a little) David Peacock and Travis Teffner perform that theater magic that works invisibly to tear your heart out! The last scene sneaks up on you with an emotional sucker punch. Kudos!... Read more Read less

See it if You enjoy outstanding performances in an effective and affecting play about soldiers with PTSD, loyalty and the closeness which binds

See it if You haven't thought through what war is like and you look up to those who fight them/you like good acting and great intentions.

Don't see it if You already see soldiers as pawns/you hate predictable plots.

Don't see it if You've had a depressing day and want to see a show for levity: this one stays mentally embedded well after curtain call.

See it if you're interested in the subject of PTSD and the horrors it inflicts; exceptional acting in a story with depth and raw emotions.

Don't see it if you don't like heavy plays about deeply emotional subjects; prefer large productions with multiple characters.

Also Blew me away . . . sensitive treatment of a highly emotional subject. Sorry I caught it on the last night in town or I would have told everyone to rush out and get tics.... Read more Read less

See it if you enjoy a powerful and relevant play (2 actors) about PTSD and other traumas of war.

Don't see it if you prefer lighter topics and fast moving action.

See it if you’re ready for an shot of meaningful reality. Great production with two excellent actors who are totally invested in their work.

Don't see it if you’re looking for fluff.

See it if Looking for a show that doesn't deal with gender / identity politics like so much of the stuff being put up these days.

Don't see it if Need a show where the action is present.

Also The actors do a fine job, and the play really works in the flashbacks scenes, and as much as I wanted to like it, HOWEVER, the writing is the biggest weakness. So much of the story being told is about characters we never see or meet and it's all in the past and the action on stage is not present for the most part (aside from the couple flashback scenes) so the audience never fully engages emotionally with what's being presented on stage. It's like hearing a story, which is fine, but it's passive, not active. Audience can sit back and be spoon fed instead of actively engaging with the actors as the story unfolds. Rule of thumb, audiences don't care about characters we never see or meet. Lastly, the set had too much clutter. Great effort by the actors and nice hospitality from the guy running the front desk.... Read more Read less

See it if a somber, contemporary drama about the lingering, psychic wounds of war would interest you.

Don't see it if the awfulness of war & its effects on the bodies & souls of the men who fight them aren’t of interest or are triggering for you. Heavy play.

Also Both actors bring humanity and empathy to their roles and the bond they create with each other felt believable and sincere. Though they fought in different wars in different eras, they share much of the same emotional pain. This play shows the realities of combat soldiers’ PTSD and their struggle to heal and clearly wants audiences to come away with a deeper understanding of the sacrifices that these men make for our country.

After the play, I was told by one of the actors that they had originally engaged a venue on Theater Row, which, unfortunately, they subsequently lost. The Off Off Broadway venue where it’s playing isn’t drawing an audience, which is a shame, because this play really deserves to be seen. Sadly, there were only 8 of us in the audience at the performance I saw. 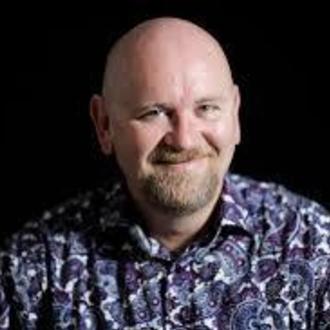