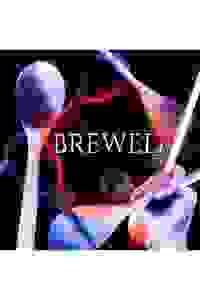 Part of FringeNYC: In this fast-paced thriller teetering between caustic comedy and warped kitchen-sink drama, six sisters must stir a pot. 24/7. They're tied to it. By trauma? By magic...? They stir, brutally brawl, and wonder: does this really keep Babette alive?

FROM THE ARTIST:
BREWED tells the story of six sisters (and one stranger). Six sisters who must never stop stirring a pot. Six sisters who take care of each other, are deeply loyal to each other, and at the same time, as playwright Scott T. Barsotti puts it, do not “settle disputes by arguing. They do it with their fists and their knees. They head butt and arm bar. They ground and pound.” The words they call to each other “ You and me, sister” reverberate through their isolated world, linking them, binding them, and, ever so slowly, causing tiny fissures, pushing their way toward the surface.

See it if you want to see an all-female cast playing a family on edge with each other, constantly swearing and fighting.

Don't see it if you want something that is interesting or funny. As best put by another audience member: "Who writes that shit?" I give a C-/D+ grade.

Don't see it if you're not ready for a dark play, lots of fighting, and sudden violence

See it if You want to see seven very talented actresses bring life to seven distinctly different roles - all of whom are given their moment to shine.

Don't see it if You don't like being kept in the dark too long. The plot is mysterious and the reveals are late in the play. But they're worth the wait.

See it if You want to laugh and cry simultaneously and understand the complexity of familial relationships.

See it if You're interested in finding out how they could make that crazy plot look compelling.

Don't see it if You like to find all the answers at the end; you don't like shouting.

See it if like interesting, thought provoking, dark, plays with a mysterious edge. Wonderful acting by 7 talented women! A truly great show.

Don't see it if are not comfortable with swearing and need a straight forward narrative.

See it if You like to be at the edge of your seat.

Don't see it if The sight of blood makes you faint.

Don't see it if You're in the mood for light comedy.

"Although the summer heat can be stifling, the venue’s small size does put the audience in close proximity to the stellar all-female cast—a key factor in our enjoyment of the show. As the play mixes Christmas-dinner-gone-awry family dynamics with mystical plot points that keep the audience wondering what’s going on, the actors create a sense of real sisterhood. Within the strange world that Barsotti has created, they keep the play at a lively boil."
Read more

"Barsotti’s intriguing script is brought to life by heartfelt performances. The cast works off each other so organically you could believe they are sisters. Warden’s purposefully ungraceful fight choreography also helps set the dark and raw tone of the show...Yet the show feels slow, at times painfully so. Sometimes it drags so much even some fight scenes feel redundant...'Brewed' has a voice to offer in discussions of feminism and women in theatre, and I look forward to seeing where it goes."
Read more