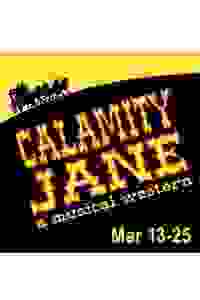 Musicals Tonight! presents this 1962 musical based on the 1953 Doris Day film celebrating the life of a frontierswoman and professional scout who was also a pal of Wild Bill Hickok. More…

In the wild-west outpost of Deadwood City, 1876, we find the sharpshooting tomboy, Calamity Jane surrounded by cowboys, townsfolk, and the famous Wild Bill Hickok. After a mix-up in the talent pool at Deadwood’s saloon-theater, Calam goes to Chicago to import to Deadwood the glamorous actress, Adelaid Adams, but returns by mistake with her maid, Katie Brown instead. Musicals Tonight's productions are all fully staged, choreographed, and costumed. There is live musical accompaniment and no amplification.

Don't see it if you want a strong plot or up-to-date characters/attitudes. A song or two should be cut. Unusually bad costumes/wigs. Good musicians.

Also I will miss Musicals Tonight. Thank you, Mel, for being a delightful addition to the NYC theater world!

CJ is worth seeing for Kristin Wetherington in the lead role..if you can get past the racist comments about "injuns".

Don't see it if Not a high-budget play, no fancy outfits

Also Enjoy watching this play very much between smiling and laughing it was very funny. The cast of this production they were very good with the singing and dancing was excellent really enjoy seeing the show.... Read more Read less

See it if you don't want to miss a super-fun, albeit slightly-dated, musical--which is Musical Tonight's final one; can look beyond poor set and wigs.

Don't see it if you expect elaborate staging or super-theatricality; can't see past sexism and racism and consider the post-Civil War, Western context.

Also How fortunate I feel to have seen Musical Tonight’s final production after 20 years, Calamity Jane. Despite a pathetic stage and design, bad wigs, and cheap-looking costumes, you lose yourself in the world of this old-fashioned frolic thanks to the committed cast. Several times, I imagined what it would be like to take the entire ensemble, dress them and the set better, and offer a much larger stage (i.e. put them on Broadway). I think we’d have a musical in similar flair and feel as Hello, Dolly!. Yes, there are some misogynistic moments (we have to remember the era), but there is also a strain of female empowerment (and men and women alike don’t get off easy). The choreography (especially Christian Brown’s dancing as Rattlesnake) is a highlight, and I adored Kristin Wetherington’s spunk as the show’s eponymous figure. There’s no star name attached, but I can’t remember the last time I enjoyed myself so fully at a musical—off- or on-Broadway. See it before it closes March 25th!... Read more Read less

See it if you like good old fashioned musicals. Calamity Jane is a very cute show. Kristen Wetherington (Calamity) stand out. Enjoyable evening.

Don't see it if you want new. Or a more seasoned cast. you don't like a Low budget set, costumes & wigs, 1 lead was miscast and couldn't sing.

Also Despite the low production values, I gave this an 80 for the amount of time I smiled during the show.
Musicals tonight is a small company that has put on 100 revivals of little known plays, over the past 20 years. They started out with no sets and actors holding their scripts. Its now almost all equity, giving young talent a place to showcase, and build their resume, and audiences a chance to see rarely done shows for a very low price. Sadly, this is the last show. They are closing their doors. It is sad to see this theatre company closing. We wish them the best. And hope someone else takes up the torch of reviving more shows, in addition to the fabulous NY City Center.
... Read more Read less

See it if you enjoy the musicals written before you were born. Miller has been doing them so well, and for so long, and the end of this road is sad.

Don't see it if you are not interested in musicals from the 1950s--it's a story about a tough gal from Dakota, and is a historical curiosity.

See it if Musicals Tonight! goes out with a bang - this is the best one yet. Funny, peppy, silly, great songs, great performers, just a fun time.

Don't see it if The costumes & wigs are cheap, the sets are almost nonexistent, but when you go to Musicals Tonight you know that going in & look past it.

Also These performers were the strongest I've ever seen at Musicals Tonight. Kristin Wetherington is amazing as Calamity Jane, so perfect for the role. I want to echo what someone else already said - I could imagine this show, with good costumes & sets & these performers, lighting up a Broadway stage. I'm gonna miss you, Musicals Tonight!... Read more Read less

See it if You want to see a well directed, well paced and acted production of a rarity… And pay homage to Mel Miller’s 100th and final production.

Don't see it if You have no stomach for hokum and shenanigans.

See it if Enjoy revivals of musicals where you know all the songs.

Don't see it if You don't enjoy musicals

See it if You enjoy golden era Musicals with lots of heart.

See it if like a 1953 remake musical, great voices & dancing, enthusiastic group, entertaining in a small theater. 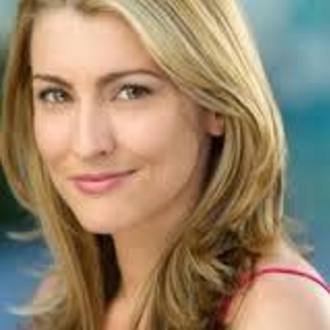 Kristin Wetherington
Calamity Jane
Get Alerts Alerts On Alerts Off 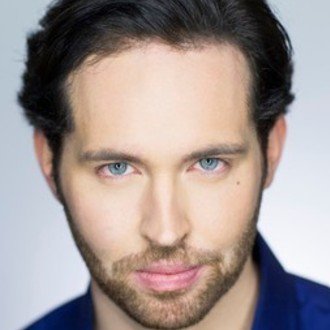 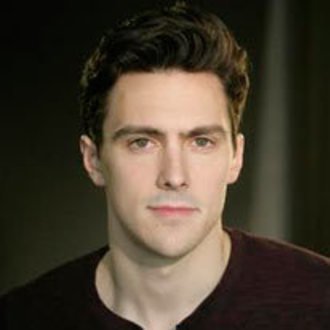 Jimmy Nicholas
Danny Gilmartin
Get Alerts Alerts On Alerts Off