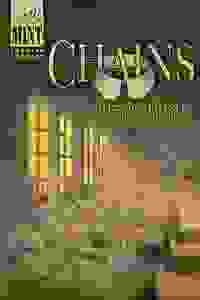 Part of the Mint's efforts to introduce audiences to English playwright Elizabeth Baker (1876–1962).

The 1909 play focuses on working class people in London’s suburbs, such as Charley who works in London and lives with his wife in a cramped house with a boarder.

'Chains' was Elizabeth Baker's first play, and it made her an overnight success.

After the play's premiere at the Royal Court in London in 1909, it was running in repertory with the plays of Galsworthy, Barrie, Granville Barker, and Shaw.

See it if you enjoy old plays with absorbing conundrums. Well acted and staged.

Don't see it if 2hr with an intermission was unnecessary. Small cuts would make the play flow better and faster and 90 min without intermission.

See it if You enjoy old fashioned plays. Similar in tone to what you would see on Downton Abby or Guilded Age.

Don't see it if You would prefer to see something more modern, although the themes in the play are still relevant today.1st act was slow, 2nd act was better

Don't see it if If u do not like period pieces.

See it if You want to see a play that feels as relevant as if it were written today. The acting and costumes are superb on a set that is exquisite!

Don't see it if You don’t like period pieces. A bit long at two and a half hours but we’ll worth it.

See it if you want to experience a 110+ year old play that is relevant today, with a phenomenal set, depicting the early 20th Century, and costumes.

Don't see it if it you are impatient - the first act builds slowly. You want a happy or lively play.

See it if Beautifully staged play from 1909 broods on the tension between keeping commitments and seeking change.

Don't see it if You wouldn’t enjoy a period piece about ordinary people, set in working class England.

See it if you enjoy neglected British plays with modern relevance, plays with moral resonance about self-fulfillment & social constrictions

Don't see it if you don't like older plays that may seem creaky at first, easily frustrated by old-time British morality and traditions

See it if you like a play about real people and realistic problems and how they resolve or fail to resolve them. Great acting and character studies.

Don't see it if you like more dramatic action in a play or over the top character types. These characters are very normal. Read more

"There is a certain repetitiveness to 'Chains,' and the evening does not fly by, but I came to rather enjoy that sense of effortful progress. Charley is trying to keep from drowning, horrified at the way he might hurt his loved ones but fighting for breath all the same. It seems appropriate that we should feel a little stifled along with him: Vicarious adventure is all very well, but vicarious suffering teaches lessons too."
Read more

"Remarkably, the entire 11-member cast originally assembled for the production has finally taken the stage, and the result is a gleaming gem, both engrossing and supremely well-acted. What’s more, this 1909 drama about restlessness affecting middle-class men—and women—in Edwardian England proves to have a timely edge."
Read more

"Once again, the Mint does justice to an obscure play with top-notch production values: John McDermott's set presents not one, but two fully realized turn-of-the-century English homes. Rather than performing the scenic transition during intermission, Thompson and McDermott wait until the top of Act 2 to execute it in under a minute, which becomes the most spectacular moment of the play (showoffs)."
Read more

We go to the Mint to discover fascinating lost works that elegantly illuminate dark corners of theatre history. Chains, in Jenn Thompson's superbly staged production, has all of that, but it also addresses, clearly and directly, the present moment, when so many are questioning the quality of their work lives, or whether they want to work at all. Baker, a sharp social critic with a penetrating insight into the details of British middle-class life, speaks in a voice that is carefully modulated yet quietly devastating; it comes for you when you least expect it.
Read more

"Older plays like this are rarely given a fresh look the way that the Mint Theater Company has made it its mission to do, and this one, despite its period setting, speaks directly to our time and the changing relationship between profit-driven businesses and their low-paid workers."
Read more

"The new production, directed by Jenn Thompson, is as robustly entertaining as you’d expect, given Mint’s history of breathing fresh life into long-neglected plays. And while you won’t leave the theater convinced that Baker’s name should be as familiar as Shaw’s—or Ibsen’s, to cite an even more seminal figure in making social consciousness theatrically compelling—you’ll likely want to dig deeper into her repertoire."
Read more

"The chains in Baker’s play are figurative, and they’re holding nearly everyone in their respective place—everyone except for Mr. Tennant (Peterson Townsend), who turns everything topsy-turvy when he announces that he’s going to 'hook it.' As in, give notice at his very stable job and leave England to try his luck in Australia."
Read more

All of the characters in the play’s first half (the script’s Act I and II) do nothing but either complain about the grind of their daily six-days-a-week jobs (half-holiday on Saturday) or laugh at those who would give up a steady employment. You would think that back in 1909 when the play was written there wasn’t anything else to talk about. Jenn Thompson’s direction is conventional and sedate where something more animated might have been more to the point.
Read more