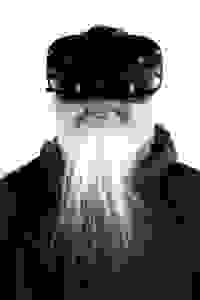 CultureHub presents a series of quirky, minimalist sci-fi plays by Robert Patrick, most of which were originally staged at La MaMa back in the '60s, '70s, and '80s.

In 'Action,' an emerging and an established writer are caught in a feedback loop leaving it unclear who is generating whom.

'All In The Mind' previews a world in which individual consciousness has been interconnected into a collective electronic web.

In 'Simultaneous Transmissions,' two families face off due to their mistrust and fear of each other as their sons are sent into battle to pay the ultimate price.

'Anything Is Plausible' is a world-premiere comedic monologue delivered by an actor who may or may not be a virtual creation.

These speculative plays, once science fiction, now serve as an uncannily accurate prediction of our screen-saturated world and call into question what the theater of the future might look like. Note: This is not a seated performance; the audience moves about the performance space throughout the piece.

See it if You like non-traditional staging; enjoy exploration of ideas about the impact of technology on society; good acting and diverse cast

Don't see it if You need clear story lines; can't stand for a long time; do not like "immersive" experiences

See it if you want to see an interactive show, enjoy abstract theatre & want to experience something atypical.

See it if deep, thought provoking funny stories, the plays are great (each one) really makes you think about human connections. Interactive tech!!

Don't see it if if you don't have an interest in Technology.

“The striking theme is how much the four decades-old pieces (followed by one world premiere) reflect the world we've grown, or are growing, into, for better or worse…Finely acted with a combination of silliness and thoughtfulness by a winning ensemble, ‘HI-FI |WI-FI | SCI-FI’ is an enjoyable exploration that effectively combines the work of an adventurous and imaginative playwright at several stages of his life into one unified adventure.”
Read more

"'Hi-Fi | Wi-Fi | Sci-Fi: Predictions Past Present and Future' is an attempt to turn five Patrick one acts into a multimedia high-tech evening. Unfortunately, the production, co-directed by Billy Clark and Jason Trucco (who also designed the sets), is so low-tech as to make the plays seem dated and flat. The average person is so used to the latest advancements in smartphones, computers and the Internet that the five plays seem to be caught in a time warp."
Read more

"'All In The Mind' was my favorite play in this program...'Simultaneous Transmission' is another amazing artistic statement about conflict...This is a lively evening of pieces spanning decades, which, thanks to the video and streaming technology involved, feel very fresh and timely. Technical Director Jesse Ricke and composers John Dyer and John King create a wonderfully immersive environment. Hats off to La MaMa for again showcasing the work of Robert Patrick."
Read more

"This complex series of performances would be impossible without impeccable acting and production values, and in that regard, 'Hi Fi | Wi Fi | Sci Fi' is certainly a success. In an era in which so much of the experimental theater we see is devised ensemble work, this selection of scripted experimental pieces is a welcome change. And despite the frequent confusion of the audience, Robert Patrick's plays certainly leave a lasting impression."
Read more

"An all-too-rare success story within the realm of multi-media endeavors...This communal experience (which includes a communion of sorts) is worth the trip...Beyond the impressive physical presentation are those sparse, cerebral, and, it turns out, disturbingly predictive scenarios of the playwright...This triple 'Fi' is one blast from the past you’ll be chewing on long into the future."
Read more

"This is the kind of downtown theatre I want to see more of. 'Hi-Fi | Wi-Fi | Sci-Fi' is a unique, vibrant production that explores technology and human consciousness...I loved this show. It was full of surprising delights and captivating performances…Directors Billy Clark, Jason Trucco, and Park Il Kyu did a fantastic job of keeping these stories vibrant, fresh, engaging, risky, and accessible. Robert Patrick created some truly phenomenal plays in the '60s and '70s that remain highly relevant."
Read more