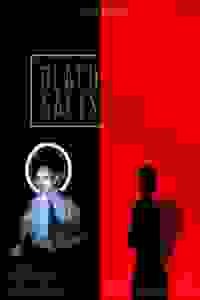 Death of a Salesman (Theater Mitu)

Theater Mitu brings a hyper-theatrical production of Arthur Miller's Pulitzer-winning drama to BAM, in which human beings become objects, music carries the memory of days long gone, and a life is reduced to a mortgage. More…

Held hostage by their past, a family grapples with failure, worth, and a world closing in around them. Theater Mitu’s staging of Arthur Miller’s 'Death of a Salesman' explores a landscape of unrealized hopes and asks what happens when you are written out of the American Dream.

See it if You like experimenting, with a classic. They hold true to it, sort of. It took me a while to get it. By the end I bought in completely.

Don't see it if You don't like your classics messed around with or if you have memories of Phillip Seymour Hoffman from Broadway that you want to live on.

Don't see it if Polendo's abstract concept often puts us at odds with emotional appreciation. Has a 'peaks & valleys' feel as many effects miss their mark

See it if you want to see a new look at a great classic. The Fisher is a great place for a production. A bit of music and a bit of dance. too.

Don't see it if you are fixed at a certain concept of the play or can no longer tolerate the almost 3 hour plays of yore.

See it if You want to see a VERY experimental version of an American classic. You want unique & globally-inspired staging.

Don't see it if You want experimental staging that illuminates the play: some was successful, most of it didn't add anything.

Also I appreciate the risk & the time that the company took to present a new interpretation. I found a lot of it unnecessary & excessively busy. It was more successful when it used minimal experimentation. The play is strong enough on its own without the extra "stuff".... Read more Read less

See it if you enjoy experimental theatre or a truly unique take on an American classic.

Don't see it if you're not into experimentation. I didn't know what I was watching (very strange), but the writing and performances kept me engaged.

See it if You want to be blown away by great acting and staging.

Don't see it if You only wan to see the play in its original format.

Also My guess is that before this ends there will be fights. You can't see this play and say it was ok. You may feel that way when the play ends but if you give it a lot of thought and attention that it deserves you will either love it or hate it. I have decided that I love it. I know the play is a perfect piece the way it was written but it was so refreshing to see this crazy new take on it. The most impressive part was that one woman played all the music that was vital to the play. Everyone should see this to determine if they love it or hate it.... Read more Read less

See it if you want to see how experimental theater sometimes just does NOT work. A total destruction of an American Classic.

Don't see it if you have any respect for Arthur Miller.

See it if You enjoy experimental takes on American classics. You want an exploration of family dynamics.

Don't see it if You want typical theatre, this is highly stylized, using maskwork and puppetry to reimagine the play.

See it if You like extremely avantgarde theater with incredible lighting. Fascinating use of color and use of time. Excellent and complex acting.

Don't see it if You don't like inanimate object work (as main characters) or if you don't like puppeteers/mime and face masks.

Also Then stagecraft was fascinating and the story transcended even with the complex objectification and passage of time.... Read more Read less

See it if you're into experimental theatre, any/all "Deaths," or live music accompaniment (neat!); intrigued by use of puppets of a sort. Great venue!

Don't see it if you're not rested or focused (operating on zero sleep, I didn't last past intermission); jarred by sporadic song & music, by pseudo-puppetry

Also First time seeing the play & being at BAM Fisher, I give kudos for musician's execution of score & the space, but was pained by the stylistic elements (punching bag & desk fan "voiced" by masked puppeteer). Tender, poignant notes were struck, but too sporadically to engage concentration or interest.... Read more Read less

See it if you know this American Classic play well & allow your imagination to interpret the incongruous accouterments ( electric fans, punching bag)

Don't see it if you have no patience for experimental theater (The narrative is straightforward, the presentation is not.); hate awful singing.

Also Challenging interpretation of an American Classic with some absolutely DREADFUL singing/spoken word ,totally weird props and very long. But, to their credit, the narrative is coherent and if you know the play, you can make your own interpretation of the oddball elements.... Read more Read less

See it if you are open to a deconstruction of western theatre in general.

Don't see it if you often say "that was too weird for me."

Also this was my second time seeing this production, the first time being at Brigham Young University in 2009. I was electrified then, and just as moved seeing it again.

I think Polendo's imaginative staging holds up to scholarly analysis, but it's even more effective when it's viewed from a purely visceral lens. Not everything has to mean something.

I may have preferred the original cast, but this group grew on me throughout the evening. Justin Nestor was the only returning cast member after 8 years and he was even more astonishing the second time. His gestures were precise and emotional; his text was illuminated with subtext; and he moved with great athleticism.

This production is NOT FOR EVERYONE, but I cannot give it high enough recommendation to theatrical scholars and experts who are open to non-traditional, hyper-theatricality.

See it if you love Arthur Miller plays and want to see a very unique theatrical rendition of it with some well done/interesting production values.

Don't see it if You don't want to see a classic play muddied with experimentation. It felt very long and with the singing and props, was very strange.

See it if u like long, distorted interpretations of classic Americnan tragedies. Very experimental staging distracts from powerful themes/great acting

Don't see it if you want classic staging of a linear play. It's confusing and jarring and sometimes works, sometimes doesn't but makes a strong impact

See it if you haven't seen the classic play or want to see a diff't refreshing version. The minimalist staging make you focus on the effective acting.

Don't see it if you want a fancy staging with a big cast.. as there are only 4 actors and the rest are "talking props" that can be both fun & disturbing.

See it if You like avant garde surreal theatre. New takes on an old classic. Colorful, inventive. Clever props as people manned by puppeteers. Angst.

Don't see it if you don't like surreal twists on classics. Minimalism. Puppets. Masks. You want a standard production in a classic setting.

Also I was thrilled with the inventiveness of this production. I loved the movement and voice. I was esp drawn to the wife, Linda. And to Willy. Biff. And Happy's vocal characteristics.
There were a few times when I was taken out of the moment -reminded of artists of Dada and Surrealism and making art, and ambition in general, but that didn't bother me. I was delighted the whole time.
... Read more Read less

See it if You want an experimental take on a classic play. The abstract puppetry and background dance/movement was profound.

Don't see it if If you can only appreciate realism (like a movie); if you can't follow shows that use symbolisms and the abstract; if you can't concentrate.

Also I really enjoyed this play; but at first I found it very confusing and it took a while to finally understand what they were doing. I also found the whole show to be slow, but it was still very unique and worthwhile.... Read more Read less

Don't see it if ..You don't like things odd and prefer realism in the theatre.

See it if You like an unorthodox adaptation of an old classic.

Don't see it if You don't like experimental theater.

Also There is so much to unpack. I truly appreciated what the director was trying to do but it just didn't land for me. Singing in A Death of a Salesman - no thanks. As I told my companion, I like my Willy Loman defeated, depressed and suicidal, no where should a song be squeezed into that narrative. Items replacing actors - nope. . The actors were great. There were scenes between the actors that played Biff and Willy where I was truly riveted. Perhaps if this wasn't a play that is so sacred to me I would have been more receptive. A bit too avant-garde for my tastes. Hard pass.... Read more Read less

See it if you like very, very experimental theatre and have no respect for Arthur Miller.

Don't see it if you like this play and enjoy more conservative staging. Ideas are not bad, they just didn't work with this play.

See it if you are into new wave theatre and you have a slight interest in seeing a new interpretation of this classic play. Interesting symbolism.

See it if you enjoy seeing American classics reworked and reimagined in ways that may or may not serve the script, you think weird is good.

Don't see it if you prefer more straightforward treatment of the classics, you think directors should leave well enough alone

Also I wanted to like this, but there is just way too much going on. If Theater Mitu had decided on just one experimental gimmick to focus on, it might have highlighted unexpected aspects of the play, but there were:
1) masks
2) inanimate objects playing major and minor characters
3) monologues turned into strange, atonal songs
4) repetitive stylized gestures
And honestly, it all just seems unnecessary. I have no idea what this production was trying to do with the material, and after I got over the novelty of all this stuff, I got a little bored. This is not to say that the performances were bad. They absolutely were not. The actor playing Biff was actually pretty wonderful, and he specifically had several moments that made me wish that it was a more straightforward, simpler production so the humanity of the play could shine through instead of being obfuscated by all the "business" going on. Also, a scene between an electric fan, a punching bag, and a wine bucket? No thanks. 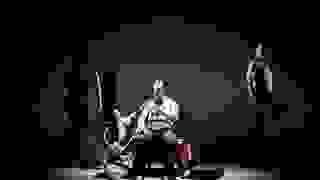 Death of a Salesman at BAM - Trailer

Theater Mitu is coming to BAM! Death of a Salesman premieres on July 14th, 2017 at the BAM Fisher, and will be on the stage from July 14th - 23rd. Get your tickets…

Theater Mitu
Producer
Get Alerts Alerts On Alerts Off 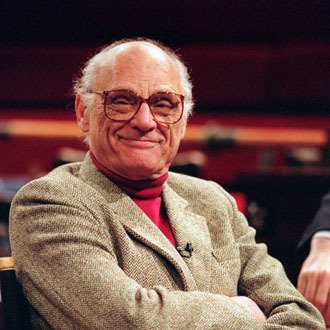 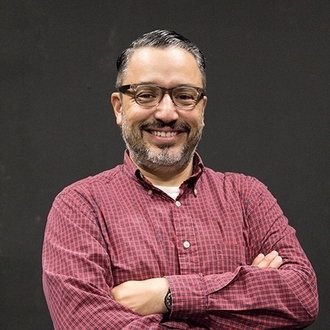 Ruben Polendo
Director
Get Alerts Alerts On Alerts Off 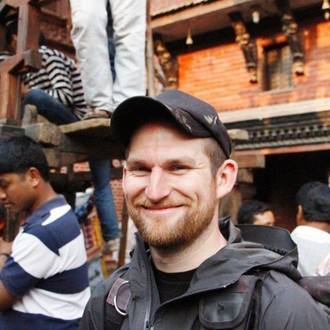 Justin Nestor
Willy
Get Alerts Alerts On Alerts Off 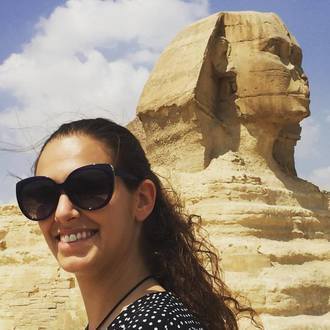 Kayla Asbell
Linda
Get Alerts Alerts On Alerts Off 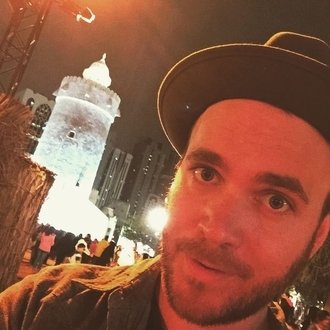 Corey Sullivan
Biff
Get Alerts Alerts On Alerts Off 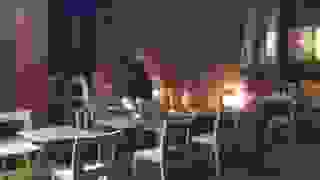