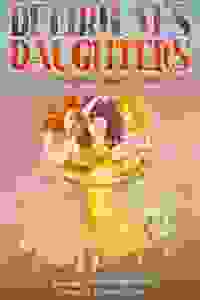 Triumvirate Artists, dedicated to producing new plays that showcase theatre professionals over 55, presents this off-beat romantic comedy based on stock Commedia Dell'Arte scenarios about a father and his 3 daughters.

4 suitors, 3 daughters, what’s a father to do? A kind old gentleman believes his deceased wife has forbidden their three daughters to marry, until one of the suitors plays a series of tricks that helps him deal with his loss and recover his sanity. A new and refreshing take on Commedia Dell’Arte with a touch of magical realism.

See it if You're in the mood for a silly comedy and want to have a good time.

Don't see it if You want serious theater, or like your romantic leads conventionally attractive.

See it if you want a light-hearted semi-classic theater

See it if you want a light-hearted play.

"Provided you're able to get your head straight (or gleefully abandon all rationality entirely) you'll find it a delightfully frothy summer comedy.The performances are far more memorable than the instantly forgettable story...Korn's love for the form shines through the stilted and unnatural diction."
Read more

"Commedia dell’arte cleverly meets modern sensibilities in this comedy that delightfully exemplifies its own title—delirium...Sprinkled with the comedy are moments of necessary seriousness about the world these characters live in...'Delirium’s Daughters' is perfect for anyone looking for a fun evening. If you’re willing to look past the price tag, this show is worth seeing for a good laugh, or to satisfy your appetite for well orchestrated Commedia."
Read more

"The young woman to my left was asleep in minutes...No definition I could find suggested it must be dull. And, sadly, 'Delirium’s Daughters' is all of that. Bottom line, daffy daughters, silly suitors, dead wives, and unlikely ghosts, cross dressing and flimflam, have a proud history. This contemporary version has all those elements. The direction is lively in that there is plenty of timely movement. Still, it’s snoozy."
Read more

"Farce, slapstick, and general tomfoolery blend beautifully together in 'Delirium’s Daughters,' playwright Nicholas Korn’s new comic and heartfelt romp that lovingly captures the spirit of commedia dell’arte, staying true to its centuries-old theatrical roots while making it delightedly accessible to modern audiences...There is so much fun and joy in this production, under Kathleen Butler’s skilled direction, that it is impossible not to fall under its spell."
Read more

"'Delirium’s Daughters' is a witty, funny and delightful comedy that is easily one of the best shows currently in New York...Playwright Nicholas Korn has produced a fast-paced gem, with elegant, quasi-Shakespearean dialogue that doesn’t go so far as to be confusing to the modern ear. The cast is a well-oiled machine, and the set is simplicity itself – a wall and two benches are all that director Kathleen Butler needs to put the audience on the floor with laughter."
Read more

"It's a familiar tale, really, with Olde English rhetoric and a charming, Technicolor narrative full of rose-tinted happy-ever-afters, and with Butler's strategic direction, the laughs hit and the drama boils like scalding syrup. The ending is predictable upon the first scene, but Korn delights the audience with Golden Age staging...Deliciously droll, 'Delirium's Daughters' is the anthemia of comic confection with an antediluvian spirit and traditional allure for the whole family to relish."
Read more

"Everyone who watches television or reads the newspaper should be required to see 'Delirium’s Daughters.' It is a splendid antidote to all the disaster, gloom and doom with which we are confronted daily...You will leave a happier and better adjusted individual and much more equipped to deal with the news of the day."
Read more