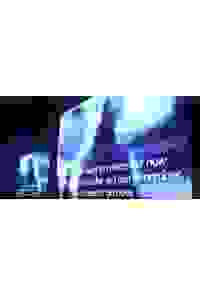 Written in corresponding chapters by a Japanese and an American playwright, this world premiere combines two established artists of the same generation in a deep creative conversation across cultures.

This adventurous tale was written sequentially, like a Japanese renga poem. In the process of writing the play, each artist drafted a ten minute section in response to the other's contribution. Over three years, they built a sequence of chapters. Each section was translated into the opposite language so that the other playwright could respond. Its plot follows a supposed murderer who reinvents himself, and is reinvented by circumstance, in a series of adventures in the Suicide Forest of Japan.

See it if love luminous experiments in staging, or can appreciate characters who act as unpredictably as the actors that are playing them.

Don't see it if you do not like your media mixed, no matter how lovely the result, or your plots loose-ended, or your questions left unanswered. Read more

See it if you are in need of a theatrical experience that tests form and content.

Don't see it if you do not enjoy absurdism, experimental theatre, and/or need a traditional linear narrative.

"In the mesmeric, deadpan fever dream of a play you grasp onto what you can in trying to keep track of who's who, and what's occurring...Reality and identity are mutable things, place and memory ephemeral, truth elusive. Plot, too...Performed in English by a nimble cast of five, the play is woolly and protean but verbally seamless...The heightened tone of the performance keeps it from feeling grim. So does the humor...There's a playful, volleying spirit...intriguing, endearing and odd."
Read more

"The second half loses momentum as the plot is set aside for nonsensical surrealistic detours that are not very involving. Still, the show is strikingly presented, wonderfully performed and only lasts about an hour...The cast gamely embraces their contrived roles with fierce and rich characterizations that perfectly suit the material...By its nature 'Distant Observer's' novel construction doesn’t really allow it to develop into anything more than a mildly intriguing theatrical parlor game."
Read more

"Some of the first few scenes were engaging, but as the play progressed, it became more and more obvious that this was not the cohesive vision of one particular artist. Rather, the emphasis seems to be more on the play’s creative process...What’s more impressive, on the other hand, is the staging and production aesthetics...While I admire these playwrights for attempting this unique exercise, I can’t help but think that more collaboration would have made the show even better."
Read more

"Murder or suicide-this becomes the driving question for the duration of the performance as it meanders through the metamorphosing plot enacted by five superb pliable actors...The acting ensemble is virtuoso in maintaining rhythm, energy, pacing, and intelligibility while making switchblade changes in mood...They are riveting as they build this disparate vision of a world in disarray. It is peculiar how a work of art that is filled with human despair gives hope through the creative spirit."
Read more