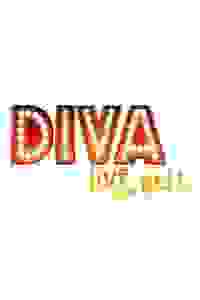 Theater for the New City presents Sean Patrick Monahan's solo musical about a homicidal teenage diva doomed to retell his story for all eternity as a cabaret act in Hell.

Desmond Channing spent much of his short life basking in the spotlight. As Drama Club President and star of all the productions at his Florida public high school, Desmond never imagined he could fall from grace. But when Evan Harris, a hotshot transfer student from New York, ripped the rug out from under him, Desmond responded, as any diva would, with lethal force. Now Desmond is forced to relive his darkest hour by sharing the tale of his humiliation and subsequent insanity over and over again at the Seventh Circle, Hell’s dingiest cabaret venue. As he begins his one-millionth consecutive performance, Desmond performs with renewed frenzy and desperation, hoping to prove he’s learned his lesson so he can be freed from his eternal, campy torment.

See it if you were a HS theater arts junkie. The hell-setting is clever, the acting/singing is strong, but the story feels worn. Stereotypes abound.

Don't see it if you dislike shows about theater. Lots of inside jokes. No real lesson imparted. Still, SPM is a joy to watch. A fun, light outing. Read more

See it if you enjoy one-person shows.

Don't see it if you aren't interested in seeing the work of a bunch of promising artists in the early stages of their career.

See it if you are a theater junkie who likes campy, bitchy dialogue as delivered by a very hard working young musical performer/ writer.

Don't see it if your tolerance for a vanity production wears thin quickly. Read more

See it if you want to see a very talented young performer who goes over the top on a subject he loves-Musical Theater. The ending needs work, though.

Don't see it if musical theater with inside jokes are not your thing.

See it if you like a great performance! One man show, playing each character with believability and aplomb. Directed by Danny Bernstein - I'm a fan.

Don't see it if you don't like Black Comedy, Cabaret shows, one man shows. Tongue in cheek direction. I had a blast.

See it if You want to laugh and be thoroughly entertained. You want to hear good singing and great characters by this performer.

See it if you enjoy cute musicals and parodies.

See it if Like unusual entertaining one man shows.

Don't see it if Want serious or thought provoking.

"'Diva: Live From Hell,' an energetic, campy variation on the 'All About Eve' theme, is performed with manic glee by Sean Patrick Monahan who also wrote the book and created all the colorful characters. His partner in crime is Alexander Sage Oyen who provided the music and lyrics. Sex (requited and unrequited), ugly violence and dark humor are all thrown into the story which is told by Desmond Channing (Monahan, who also plays virtually a high school's worth of characters)."
Read more

"The quintessential show for musical theater lovers...With odes to the Golden Age, jazzy lounge numbers, and some exquisite showstoppers, Sage Oyen has brought new vivacity to Monahan’s colorful characters...This show would not be possible without the brilliance that is Sean Patrick Monahan. Both as a performer and writer, he has a strong ability to paint the players. They may be over-the-top but they are genuine and accessible. As a performer, Monahan is transformative."
Read more

“A brilliant new one-man musical…Although technically a one-man show, it doesn't feel like one. Monahan has a definite gift for mimicry to the point where other characters in the plot seem to have a palpable presence…The songs by Oyen are clever and vibrant and flow seamlessly with the script. Monahan delivers the songs with élan and a well-honed, confident voice...A precocious achievement for Monahan. The script and his performance demonstrate a laser-like intelligence."
Read more

"A dark comedic send-up of madness directed with smart intensity...Monahan moves seamlessly from one character to the next embodying each one with consummate flair. His voice is terrific, and when he launches into song his brave performance and 'Diva' comes fully alive. Unfortunately, although initially witty, Desmond is such a shallow lout that you quickly lose all compassion for him. Despite all the talent involved his story ceases to amuse and you couldn’t care less."
Read more

“A winsome cabaret performance…Mr. Monahan, who also wrote the terrific campy book, shines as Desmond. He artfully assumes the personas of the other characters in the story, too. As the playwright, Mr. Monahan infuses his tale with wonderfully reverent and sometimes rapid-fire cute references to other shows and actors, demonstrating his endearing and enduring love for theatre…The music by Alexander Sage Oyen is superb.”
Read more