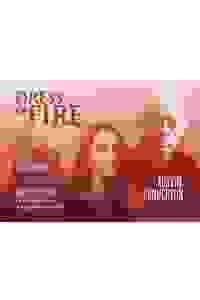 In this new drama, the Trojan War is seen through the eyes of the women forced to endure man's need for power: Queen Hecuba, Cassandra, and she whose face launched a thousand ships, Helen of Troy.

As the conflict rages around the walls of the city of Troy (whose dilemma strangely resembles that of our world today),each passionate character is as much preoccupied by her own personal drama as by the impending disaster that will sweep it all away. All their fates weave together as Helen of Troy weaves her loom.

See it if if you want a new take on the Trojan War and a view of war from the women who watched their men play the game. Orhan/narrator is interesting

Don't see it if you are not interested in exploring another vantage point between war and peace or are not willing to listen carefully.

See it if you want to support a young theater group working on interesting material. An attempt to present the daily life of women living under seige

Don't see it if Real housewives of the Trojan nobility is not your thing -- only its not funny. Cast of 12 all doing monologs.

See it if you are interested in contemporary takes on the Trojan War, that source for so many surviving classic Greek plays.

Don't see it if you are looking for either a classic Greek drama or a conventional modern play. Read more

See it if We would not miss a play where Austin Pendleton is involved .Helen and Cassandra were well played. 13th St.Rep provides an intimate space.

Don't see it if One has to have a taste for War Stories. Sorry to say but the Trojan War has been "done" a bit better recently.

See it if You enjoy shows that are basically monologues rather than interactive conversation. You are a fan of Austin Pendleton.

Don't see it if You are looking for a fast moving show with lots of interaction. You are a fan of Greek mythology and expect material to be familiar.

See it if You have to see everything that Austin Pendleton does.

Don't see it if Looking for a coherent play about Greek mythology. This isn’t the one.

See it if you like Austin Pendleton and want to support new theater.

Don't see it if ancient Greek monologues bore you.. I don't think this show was successful in portraying the female side of war.

See it if you are an Austin Pendleton fan; you will enjoy a new play based on Greek mythology

Don't see it if you're a purist about Greek mythology--among other things,this play has Alexander kidnapping/seducing Helen of Troy

"The visually superb production makes for a rather pleasurable experience even if one can’t keep track of everything, grows restless listening to long soliloquies, or is not so enamored of the genre...Director Ioan Ardelean’s staging consists of a thrilling series of tableaus, precisely choreographed movement sequences and well-acted exchanges that are all optically arresting...'Dress of Fire' is not that emotionally involving but its snappy theatricality is stimulating."
Read more

"The entire cast delivers impressive performances despite obvious challenges presented by the material. Kethevan’s classical-style writing is dense, verbose, and semi-Shakespearean in tone, but the actors manage to keep us involved and sympathetic until the end...Though Kethevan’s attempt to raise questions about our basic human drives – both savage and noble – is intriguing, the play could benefit from a more cohesive structure."
Read more

"One of the most surprisingly poignant plays I have seen...These actors' performances...each played their lines as if they were teaching morals lessons. They delivered their emotional words with the importance they deserved...A complete pleasure, but it is the type of play that relies 100% on its actors strength as an appeal...All vision comes from how the actors carry themselves and their words, of which the audience must invest in the moment...'Dress of Fire' asks you to listen and learn."
Read more