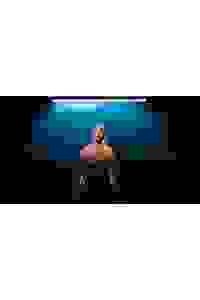 After hit runs across the UK, Milly Thomas's solo play about a woman who is forced to watch the aftermath of her own suicide makes its stateside debut.

‘I’ve been dead for three days.’

Life, Alice thinks, isn’t worth living. So she kills herself. But she’s stuck. A fly on the wall. Forced to watch the aftermath of her suicide and its ripple effect on her family and friends, Alice quickly learns that death changes people. And discovers that death isn’t the change she hoped for.

Following three award-winning, sell-out runs across the UK and London’s West End, DUST by Milly Thomas, directed by Sara Joyce, transfers to Next Door at New York Theatre Workshop for a limited run until September 29th.

See it if Exceptional play/acting. Fast-paced & engaging. Thought-provoking​ and insightful. Impressively sharp use of lights & sound for a small play

Don't see it if Issues of suicide are not for you. Read more

See it if You enjoy expertly acted 1 person shows. Theme around suicide, told from interesting perspective.

Don't see it if You aren't interested in themes regarding suicide and its aftermath.

See it if A play about suicide. Well acted but not well written. A shallow written play.

Don't see it if A serious subject not really delving into the subject matter on a deep level. Needs reworking. A play that dances, not deep.

See it if you are interested enough in the subject of suicide that you would want to see even a very uneven handling of the subject.

Don't see it if painstakingly elaborated details about sex acts or the process of dying might be too upsetting for you to sit through. Read more

See it if Suicide victim lives in two worlds to share remnants of depressive impulse.From narrator's initial reveal to its conclusion, regret emerges.

Don't see it if Multi-role solo show requires manipulative intent to land the serve and hit it home, but the emotional result is effective. Direct hit. Read more

See it if This is a play about mental health and the effects of suicide on those left behind. Millie's performance is mesmerizing uninhibited & bold.

See it if You are not put off by the subject. Do not like small intimate work.

Don't see it if Suicide is a trigger. Read more

See it if Well-acted. Thomas switches between garden variety troubled young adult and other roles fluidly. All characters well defined.

Don't see it if you're inexperienced/impatient w/ this pervasive sort of depression that doesn’t have a cause. I'll admit I was unsympathetic. Sorry. Read more

CRITIC’S PICK "In ‘Dust,’ the Measure of a Life After Suicide: A woman watches those she left behind in Milly Thomas’s unsentimental solo show at the Fourth Street Theater."
Read more

Thomas’s one-woman show 'Dust' is a contradictory experience: an attempt at explosive emotion—it climaxes with a first-person account of a suicide—that is also strangely constrained. A sensation at the Edinburgh Fringe, and well received in the West End later, it seems to have damped its fuse..."
Read more

"This is a tricky high-wire act, and it is perhaps not surprising that Thomas repeatedly falls off. That she is a considerable talent is beyond doubt; that she is performing psychological surgery with blunt instruments is all too apparent."
Read more

4 of 5 Stars "Milly Thomas Wrote, Performs an Ashen but Lively Monologue: A raw look at what happens after a death that isn't exactly final"
Read more

"'Dust'...provides a new standard of understanding the stages of grief, one for those who have 'passed on.' The power of this perspective cannot be underestimated, nor can the sheer emotional catharsis of Ms. Thomas's performance be underappreciated or forgotten. Thomas is a brilliant performer."
Read more

"Of course, on some level, 'Dust' is more than a play; it's a cautionary tale for anyone contemplating suicide. As Alice tell us towards the work's end: 'I thought death was an ending. But it's nothing.' These words are definitely worth hearing -and heeding."
Read more

★★★ "A woman wakes up in a grim afterlife in Milly Thomas's sardonic Edinburgh smash."
Read more