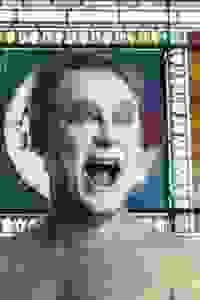 View in admin
Faust 3: The Turd Coming, or The Fart of the Deal
NYC: Greenwich V
48
Score it Scored!

Faust 3: The Turd Coming, or The Fart of the Deal NYC Reviews and Tickets

This new comedic work mashes up Goethe's 'Faust,' the Gospels, Shakespeare, Christmas carols, and other disparate works into a political satire of the Drumpf administration, starring an ensemble of four actor/clowns.

'Faust 3: The Turd Coming, or The Fart of the Deal' portrays the ill-advised bargain between the sewer rats and their chosen king, a deceptive clown figure. Although the clown is offensive, vulgar, and evil, the people agree to sign away their future on the gamble that he will improve their lives, but they are shat upon instead. In sermon-like tweets, the clown king communicates his predatory intentions. The sensitive ego of the clown king leads to nuclear war and worldwide devastation.

See it if Fecal Drumpf harangue, choirRobed whiteFaced clowns , as many verbal forms of feces as can be used, slight Faustian reference R 2 yr liking

Don't see it if Fecal Drumpf harangue, choirRobed whiteFaced clowns , as many verbal forms of feces as can be used, Faustian reference would drive you mad

See it if Weird wacky ambitious driven hard to understand with amazing performances. Skewer the leader.

Don't see it if Even if you are up on all your Fausts you will e confused but ho with it! It's super fun.

See it if You enjoy being harangued with amplification.

Don't see it if You value your time. Read more

See it if you enjoy an evening of bizarre experimental work that combines political satire, scatological humor, and elements of Jarry.

Don't see it if you are easily offended or quickly grow weary with the scatological.

See it if you're curious how far & low theater can push the envelope for political commentary. But prepare to be assaulted by the stinky vulgarities.

Don't see it if you don't like toilet humor, esp. as a political commentary. It may leave a bad taste in the mouth-such a wasteful use of promising talents.

Don't see it if You really, really hate poop jokes.

See it if if you like political satire of today's issues

"There are some strange and amusing moments. It's very intelligent and the connections it draws between Donald Trump and Mephistopheles are spot-on. However, the whole thing feels not quite together...I had a hard time following the action...The language throughout is poetic and visceral, and the cast really commits to relishing their degradation, but I missed the main event...I couldn't help but feel there was more there that just hadn't been communicated to me."
Read more

"The low end of the city’s menu of anti-Trump diversions...While, on the one hand, I’ll offer playwright Young a tip of a smutty cap for a remarkable variety of fecal reference, I fear beating that one drum does lose its shock value about 12 minutes in to the 60-minute presentation...Halliday, O’Shea, Strayhorn, and Watts are each original, definable, and endearingly arch...If you hanker for an edgy, 'out there' hour, this bizarre little Trumpian gag-fest (and I do mean gag) is your show!"
Read more

"This is experimental, Brechtian political theater done right, with every millisecond of the hour-long performance packed with nuance and perspicacity...The clowns’ performances and the pace of the play reflect the desperation of the time they are living in...Heagerty perfectly interprets Young’s piece and its necessity to our moment...This was one of the best theatrical experiences I’ve had in my nearly 30 years regardless of its absolute timeliness and I encourage all who can to see it."
Read more