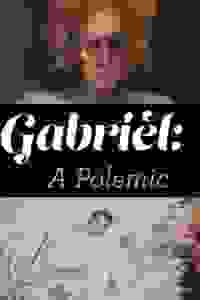 View in admin
Gabriel: A Polemic
NYC: Upper W Side
73
Score it Scored!

At their weekly potluck gatherings, Susan, Jennifer, and Brenda are as likely to exchange recitations of scripture as they are casual insults over what exactly is in the "potato thing" that Brenda brings regularly. A fundamental disagreement is prompted when Susan, the hostess of the gathering, asks: when the Angel Gabriel appeared, did Mary have a choice, or could she have said no to bearing Jesus? Swanson's timely play poses intractable questions: Do women have free will? Do they want it? Do they want it for each other?

See it if you like a very intimate theater, a simple set and the debate of abortion. Good acting, good direction and some funny moments.

Don't see it if The story line/plot and writing need to be improved somewhat if it has ambitions of going off Broadway. It gets a little slow at times.

See it if You are interested in the discussion about the basis of Christianity regarding women’s free will. All four actresses own their characters.

Don't see it if You don’t like tight intimate spaces. The play might benefit from being shorter.

"The play is firmly anchored around the dinner table, a risky move considering how stale such scenes can look in the theatre. However, the layout works...Director Hamilton Clancy embraces the realistic dialogue and stages the entire dinner very subtly, allowing the words to be heard. 'Gabriel' presents an honest and relevant conversation with witty jokes and compelling characters portrayed by wonderful actresses, though it might benefit from being shortened."
Read more

"Quite timely. The discursive structure and combative argument among four highly individualized women, laced with humor and pathos, allow for a differentiated view of an explosive topic...Director Hamilton Clancy brought together four superb actors with whom he produced, over an extended workshop process, a tight, well-paced performance of a smart play."
Read more