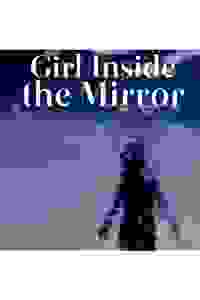 Girl Inside the Mirror/Pregnant Pause NYC Reviews and Tickets

A double bill comprised of a short Latin-themed, Surrealist movement piece and a solo show about an actress who has to decide between her pregnancy and her career. Part of the 2018 Planet Connections Festivity.

'Girl Inside the Mirror' dives into the subconscious of a Latin-American character who emerges from a complex society and a post-traumatic event. It is through a mirror that she enters into a parallel world; the core of her most vulnerable side, where all her ghosts and shadows from the past remain. It is now and only now where she can face them.

'Pregnant Pause' is the story of Essie, a New York actress who has to decide between giving birth to a baby with a serious genetic disorder or starring in her first Broadway show. Although Essie has mixed feelings about being pregnant, she warms to the idea, until she learns the baby has a genetic disorder. Haunted by her past, Essie examines her life’s work, worth, and the future of her family.

See it if you'd like to see 2 different short pieces—a slice-of-life monolog & a multi-player dance-play—that consider the place of women's bodies.

Don't see it if you can't take one-person shows (the 1st half of the bill) or dance-plays (the 2nd). Read more

See it if Excellent solo acting about a relevant situation

Don't see it if You have trouble with the prochoice position being expressed well. The prolife position was not expressed as well although it was implied

See it if You enjoy great storytelling! Pregnant Pause is written really well and acted by a master storyteller.

Don't see it if If you prefer action movies or vulgar shows that provide lame storytelling. Read more

See it if you love open/poignant discussions about tricky personal moral dilemma's. It draws you into Essie's struggle leaving you wanting more

Don't see it if You don't like Frank real life situations. But see it anyway! to challenge yourself. It's explicit and honest in a great way Read more

See it if you wish to be thoroughly entertained by the fantastic actor, Amie Cazel! She pulls the audience into her story, creating such interest !

Don't see it if you don't have a pulse.

See it if You’d like to hear from a real actor and woman about how to be both in this crazy business.

Don't see it if There’s no reason to not go see Pregnant Pause. The second show is geared to a very particular taste.