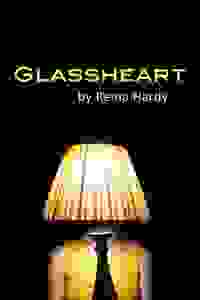 Everyday Inferno presents the NYC premiere of this decidedly adult take on 'Beauty and the Beast,' full of humor, magic, and belief in the life-altering power of love. More…

Beauty never showed up. Centuries after the curse, the Beast and his last remaining magical servant are holed up in a ramshackle apartment, managed by a mysterious landlady with a suspicious taste for gingerbread. When an eligible maiden moves in next door, "happily ever after" feels agonizingly within reach, but we all know that in fairy tales, nothing is exactly as it seems. 'Glassheart' explores the space between light and dark, and the sacrifices we make in search of an ordinary life. Recommended for ages 11 and up.

Wish I Could See Them All
Syosset
50-64 | Male
671 reviews
Get Alerts Alerts On Alerts Off
80
Clever, Imaginative, Intelligent, Enchanting, Magical
October 25th, 2017

See it if More developed Beauty & Beast characters, set in NYC. Takes you on a mysterious magical ride with interesting twists of plot and meaning.

Don't see it if Long and a bit labored in spots. Could use more humor in the second half. Don't expect a light musical; it's a drama with a few songs.

See it if You like interesting retellings of a classic and smart catchy dialogue in a fun intimate space.

Don't see it if It occasionally devolved into melodrama at odds with the whip smart fun of it.

See it if you like fairy tale revisionism, gorgeous bang-for-your-buck set design, a casual story about self-worth w/ some intriguing fantastical bits

Don't see it if you dislike Pollyanna-type characters, expect new insights on "what it means to be human," want Angela Carter-levels of darkness and polish

Also I know I shouldn’t whistle the set but have got to give credit where due: this set by Caitlynn Barrett is wonderful. It’s small-scale and smallish-budget, but perfectly curated to evoke enchanted & decaying old-world European townhouse. It gives the play a texture and a sense of aged magic and whimsy that made me just love being in the space.

The best parts of the script were the minor world-building details (the different types of magical chocolates, the time bubble outside the window, the witch). As for the plot itself—it probably reads better on paper, but I found it only mildly entertaining when performed. Spent too much time lingering on character quirks that were already demonstrated when it should have been advancing the story along. Felt needlessly long. And the production still doesn’t quite make you feel the way it wants you to feel about its characters in order to have the impact it wants to have by the end.

Don't see it if You are not interested in an adult take on Beauty and The Beast. You don't want to enjoy a good show.

See it if you want to see what is essentially children's theatre with some profanity and adult situations thrown in to make it PG-13 rated.

Don't see it if you are expecting the "mature" take on Beauty and the Beast which was promised.

Also The fact that the house management kept up the sign saying how to get access to the elevator--you're supposed to call--and then simply ignored the phone calls asking for assistance & also refused to use the intercom except to buzz you into the building so that I had to walk 4 flights of stairs with less than 10 minutes to spare --having spent 10 minutes trying to get the elevator--started things off on the wrong foot.

But the climb sure wasn't worth it. Ironically, I think the play, with a few amendments, actually could be good children's theatre. It's basically a fairy tale and the characters' actions don't make any sense unless you view it as that. The songs weren't good and they were poorly executed. There was one song which seemed to be written for the Beast to sing which was sung by the Witch---which made no sense. The acting was uneven.

Don't see it if Adult fairy tales don't appeal to you

See it if you like Beauty and the Beast but want to see it with a new fresh twist. Like what are in essence 1-character shows despite others on stage

Don't see it if you want all the characters in a play well developed, not just one; tired of the premise of Beauty and the Beast. Have trouble with stairs

See it if fun, enjoyable take on an old fable; all four actors were excellent but the lamp was the stand-out

See it if you are interested in a modern take on "Beauty and the Beast".

Don't see it if you need a clean dramaturgically sound plot, and a consistent update of the classic fairy tale, with a sense of direction.

Also The theatre is a small intimate space and only four actors. I found the new update twist of beauty and the beast interesting and a clever update. The acting was good. Overall enjoyable... Read more Read less

See it if you want a more mature version of the fairy tale w/ a creative twist in the plot and more depth in the characters' psyche. Great cast !

Don't see it if you want to stick to the original version w/ a big cast, big costumes & sets.This is a minimalist take but the acting & plot is to the max.

See it if You wanna see amazing acting - particular from Ms. Garmanny, who's performance as a lamp alone is worth the price of admission.

Don't see it if I guess if you hate women? I dunno, it's delightful.

See it if You like creative spins on existing stories, intimate settings, actors committed to their roles

Don't see it if You aren’t able to climb 4 long flights of stairs, need fancy staging and scenery, only like traditional theatre

See it if Enjoy darker twists on disney stories. Want to see some good acting and interesting set choices that help fill the space.

Don't see it if Dislike minimalistic sets and small casts. Want a strong plot to follow.

See it if you like twists on fairy tales. It is very well acted and the story is interesting. Not the happy ever after from Disney

Don't see it if you are looking for a classic story of beauty and the beast.

Also the venue has many stairs. it also has excellent sight lines for excellent viewing regardless of where you are sitting.... Read more Read less

See it if You enjoy alternate fairy tale stories

See it if you like plays with a small cast staged in an intimate setting modernising a known fairy tale.

Don't see it if you want to see a famous actor, or don't like plays with fairy tale themes.

Also Theater tricky to find, and it is a four story walk up,(they can access a service elevator.) I had trouble suspending my disbelief esp. In second act.... Read more Read less

See it if It was an interesting take on an old story. I did enjoy the twists and use of the set. I had trouble hearing when they dropped their voices.

Don't see it if If you don't do stairs!!!! Or expect great singing.

Don't see it if you don't like fairy tales

Also Glassheart was a beautifully directed, wonderfully acted production. The idealism of the fairy tale collided with the jadedness of shoebox apartment living in such a way that illuminated the joys and pitfalls of both.... Read more Read less

See it if You like adaption of classic stories. Appreciate black-box theater. Enjoy high quality stage design, acting, and writing. Worth the stairs

Don't see it if Have trouble with 4th floor walk-ups. Don't like having your expectations upset.

See it if You like modern takes on classic fairytales

See it if you like modern twists on old fairy tales, and like supporting the work of the all female creative team.

Don't see it if You only like big stage productions.

See it if you're interested in an intimate, thought-provoking, magical story about love, friendship and humanity.

Don't see it if magical realism isn't your bag.

See it if You like excellent writing, authentic acting, and delightful twists.

Don't see it if Stories that combine fantasy and realism. 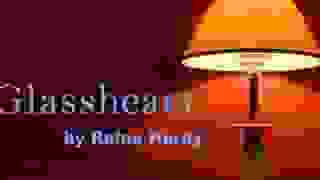 Everyday Inferno Theatre Company, in association with Access Theater, has announced the all-female creative team assembled for the New York premiere of Glassheart, which will play a limited run at The Access Theater this October. 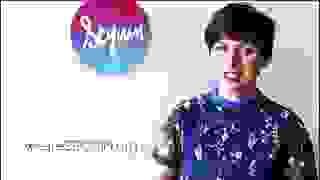 Super Saturday Edition of WHAT WE'RE EXCITED ABOUT! Including Everyday Inferno's Glassheart. 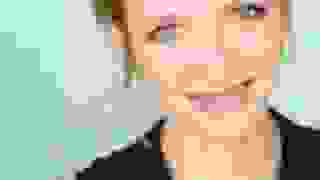 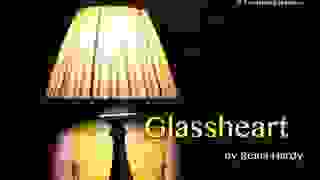 Reina Hardy on Glassheart — The Dionysian

It's "Beauty and the Beast" but it's set in a crappy Chicago apartment instead of a fabulous castle. And the protagonist is a magical talking lamp. I know this sounds very cute, but it's actually about depression. 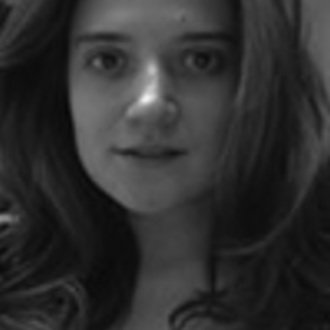 Reina Hardy
Playwright
Get Alerts Alerts On Alerts Off 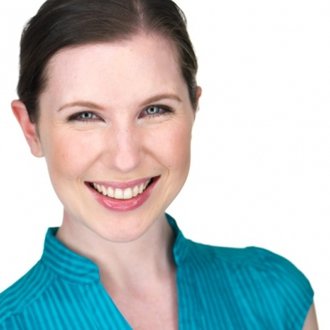 Anais Koivisto
Director
Get Alerts Alerts On Alerts Off 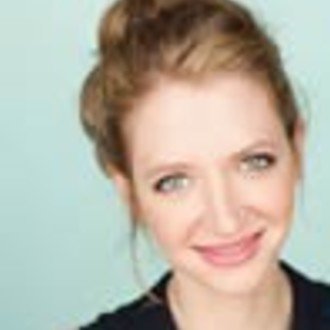 Carey Cox
Aoife
Get Alerts Alerts On Alerts Off 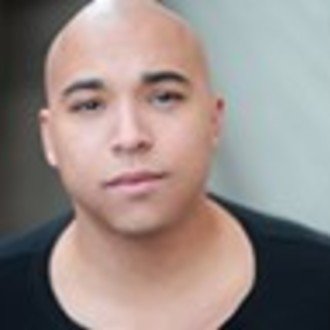 Christopher Alexey Diaz
The Beast
Get Alerts Alerts On Alerts Off 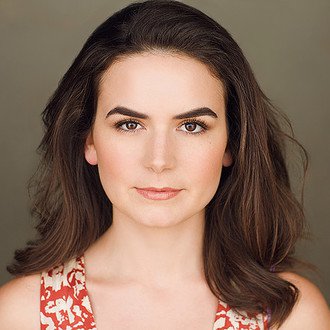 Meghann Garmany
Only
Get Alerts Alerts On Alerts Off 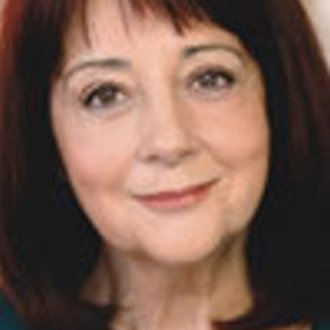 Viriginia Roncetti
The Witch
Get Alerts Alerts On Alerts Off