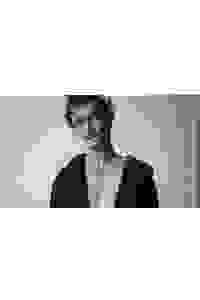 Grief Is The Thing With Feathers

In a London flat, two young boys face the unbearable sadness of their mother’s sudden death. Their father, a scruffy romantic, imagines a future of well meaning visitors and emptiness. In this moment of despair they are visited by Crow – antagonist, trickster, healer, babysitter. This sentimental bird is drawn to the grieving family and threatens to stay until they no longer need him.

See it if You like great performances of esoteric material. Most of the confusion does get mostly cleared in the end. Touching and brutal.

Don't see it if you like your material coherent and logical at all times.

See it if You want to see a great performance from Murphy. I also enjoyed the staging and use of lighting & projections.

Don't see it if A little strange and confusing, def wont be everyones cup of tea. Ultimately it's well done but there were parts I wish had gone by faster.

See it if you appreciate Walsh's moody, evocative, idiosyncratic style; u want to see Murphy soar in a powerful, physical, intense performance.

Don't see it if you can't abide highly stylized theatrics, symbolic imagery & postmodernism; you are triggered by grief & bereavement of a lost wife/mother.

Also Having read Max Porter's novella, I didn't expect the Crow to be quite so menacing. That wasn't my reading, but the choice worked well in this adaptation. Also, I benefited greatly from having read the book & understanding the story going in. This play is not always easily accessible, and Walsh makes the audience work for the reward. I can easily see how people may have found much of the material confusing to follow. (But the payoff is well worth the effort!)... Read more Read less

Also Unusual frustrating theatrical experience that despite all the chaos, noise, frantic visuals, confusing situations, etc. becomes quite touching by the end. Genuinely not emotionally manipulative as one might expect from such a situation (the sudden shocking death of a young wife and mother)... Read more Read less

See it if Tour de force acting by Murphy; pain of grief & healing is presented in a way that encompasses the cerebral, physical & emotional.

Don't see it if you are in need of something uplifting & fun or are easily overstimulated by light and sound; you prefer a more linear telling.

See it if you want to see a tour de force performance by Cillian Murphy. It's intense and captivating. Great staging, interesting portrayal of grief.

Don't see it if you don't like plays that are strange and experimental. It's more or less a one-man show with small parts by two child actors.

See it if you like great performances and theater that explores feelings that are difficult to articulate accurately - in this case grief.

Don't see it if you prefer linear plays grounded in reality rather than symbolism.

See it if you like non-traditional, non linear theater, with some poetic sounding dialogue & a variety of projections; actor who plays a Dad & a crow

Also Walsh is credited with writing the play but the dialogue is really straight from the book - still it is often very similar to his poetic style. The high energy, all over the place staging is clearly similar.
There is a lot going on including many video clips. Some include words & accompanying scratching sounds which was excellent. The video clips of TV show moms from the 80s was more distracting but for the most part the videos added to the moods.
The play is frequently confusing but the performance by Murphy is so good that it overcomes that.

See it if a fan of boundary-pushing new works, Max Porter’s novel, or the uber-talented Cillian Murphy; invested in works about coping with trauma.

Don't see it if an image of a giant trickster crow, played by Murphy, helping a dad (also Murphy) and two sons cope with loss is unappealing; unimaginative.

Also Grief is the Thing with Feathers is a beautiful nightmare. It helps to know Max Porter’s “novel” and a bit about Ted Hughes and his Crow poems, before seeing Enda Walsh’s vision. But this rather strange-yet-seductive performance sinks its talons into you as, at center, is an exceptional physical manifestation of a ubiquitous human emotion: grief. I long-ago established Cillian Murphy as an exceptional talent—he is. Murphy here is high-octane adrenaline junkie performer as both “Dad” and “Crow.” Manic, whirling, leaping, playfully spewing Porter’s Wonderland-esque rhythms, he climbs furniture, leaps like a murderous bird, alters his voice (oftentimes creepy, oftentimes cheeky, oftentimes charming). There isn’t anywhere for him to hide on this slightly-spare, yet chaos-strewn stage that feels stretched a little too thin. But that’s the livewire energy we want in a play about the aftermath of death. The nearly one-man show won’t be for everyone but it’ll leave you turning and turning.... Read more Read less

Don't see it if want a better and linear story. Felt very long.

See it if you are willing to derive catharsis from aesthetics, not narrative.

Don't see it if you are brainwashed into American theatrical conventions.

See it if You enjoy fingernails on a blackboard, it is supposed to hurt. Truly amazing performance by Cillian Murphy in a classic Murphy-Walsh matchup

Don't see it if You enjoy plot, if loud repetitive often unintelligible sounds will make you want to run screaming from the theater. This play beats you up

Also I am in a love hate relationship with the Edan Walsh-Cillian Murphy combo. The plays are too abstract & harsh for me and at the same time Murphy is so incredible that I can not imagine missing one.

I didn't see the original Disco Pigs but did see Misterman & I was completely blown away even though that play is also painful.

I have not read Grief is the Thing With Feathers but the script appears to have been a real collaboration with Max Porter. This is interesting because I would have just assumed that Walsh wrote this singularly if I had not known of the book. There is a crow - a very all consuming creature that inhabits the Dad who is in mourning. It's very reminiscent of the "pigs" of Disco Pigs and of the angel of Misterman. Oddly enough it's like combining them in a way.

Cillian Murphy's performance is incredibly physical, non-stop demanding. Audiences have come to expect this from him but it is worth remarking on.

Staging is wild but a bit too dependent on tech.

See it if you'll be blown right out of the audience by Murphy's performance, the lighting, the sound, the grief.. then reeled back in

Don't see it if you are triggered by death, lost someone recently (unless you want to sob uncontrollably); can't bear loud, repeated noises

See it if You are looking for dark and strange look at grief through the eyes of the mourning husband , his sons and death like crow. Excellent acting

See it if You are a Cillian Murphy fan. His performance is fabulous. It’s a very thought-provoking play on how humans deal with devastating loss. Go!

Don't see it if play is very bizarre.confusing:Very hard to follow.VERYLOUD.Disturbing.Strobes.Heart-wrenching:I cried.Don’t go if themes of loss r trigger

Don't see it if you want a linear narrative, you are easily spooked or you are emotionally raw from mourning or grief in your own life

Also This is a unique theatrical experience that will only be embraced by someone who seeks nontraditional and creative staging of abstract and existential themes. For me, I thought the crow was actually going to be therapeutic in and of itself - probably my fantasy of rescuing someone who is in the quagmire of a grieving process. However, the crow as the grief itself - all encompassing, all powerful, malevolent, destructive and deceptive - worked for me metaphorically. Of course, when the crow comes to nest you can only manage it and keep it from getting too powerful and then eventually you come out the other side - all of which is presented effectively here. Cillian Murphy has the enormous task of being both the grieving widower and the crow and he is fully engaging - poignant as the widower and unsettling and frightening as the crow.... Read more Read less

See it if You want to see a masterclass of acting by Cillian Murphy. If you like experimental theatre, or like the book.

Don't see it if You need to completely understand everything you are seeing. You don’t like loud noise, or can’t process grief.

Also I may not have processed, understood every word, or heard everything that happened, but I know/felt everything that was going on. The silent moments in this play were truly the best moments, and that’s what I walked away with, and will stay with me.... Read more Read less

See it if You want to see a genuinely interesting take on grief and mourning.

Don't see it if You don't like being aggravated emotionally in a theater.

Also I love Max Porter's book and Enda Walsh's direction and adaptation is one of the most intuitive, stunning variations on a text I've seen this year. The material is darkly kind, the direction muscular, and the deep well of empathy at the play's core may bring you to tears.... Read more Read less

See it if Open to visceral, immersive theater. And if you are a Cillian Murphy fan! Performance of a lifetime

Don't see it if Looking for linear plot and more deliberate pacing. Very loud and a bit overproduced

See it if You like inventive and original plays with interesting special-effects and really good acting.

Don't see it if Watching a play about grief would upset you. You get impatient with symbolism and ambiguity.

See it if you are a fan of the writer and have read the piece and know what the story line is.

Don't see it if you want to be left totally confused at what is going on. The use of strobe lights was seizure inducing. At one point in the play, half the

See it if You know from grief, relish a poetic and complex take on this multi-faceted emotion.

Don't see it if You want a sentimental sob story.

See it if You are big Enda Walsh fan, appreciate non-linear, experimental theater, have a tolerance for somewhat painful sound design

Don't see it if you want a traditional theatrical experience, are very sensitive to loud noises

Also I preferred this to another Enda Walsh play I saw at St Ann's - Ballyturk, which I found particularly unpleasant and pointless. Here there were moments that were touching but as a whole it didn't work. I understand the book/poem it is based on, is terrific but I haven't read it.... Read more Read less

See it if You like avant garde theater. Cillian's acting is jaw dropping. Similar to previous Enda Walsh shows.

Don't see it if You don't like being shocked or disturbed. You don't want to be depressed. You want traditional theater.

Also A big fan of Enda Walsh but this production missed the target. It lacks the backbone that he usually provides audiences & replaces it with shock. Cillian's performance is one of the best on live stage in years but even that can't save the storyline and weak ending.... Read more Read less

See it if you love when a great performance carries the piece — Cillian Murphy's performance is compelling enough to see this show.

Wayward Productions
Producer
Get Alerts Alerts On Alerts Off

Complicite
Producer
Get Alerts Alerts On Alerts Off 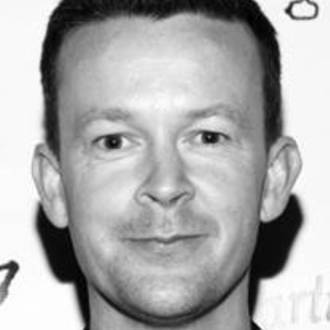 Enda Walsh
Writer / Director
Get Alerts Alerts On Alerts Off 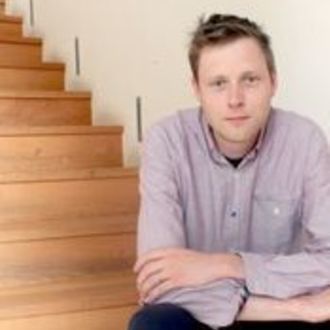