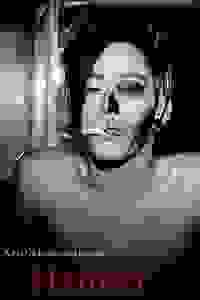 A.N.O.N. Productions revives its gender-bending take on Shakespeare's tragedy, set in the near future.

Is equality a state of mind or state of affairs? Can gender ever be freed from the masculine/feminine paradigm? The patriarchal state may seem a thing of the past, but what if the struggle for power and survival make it our future? Here Hamlet is a woman raised to be a man and ruthless leader, while Ophelia is a man, bullied for being too gentle. All sexes being equal, who has the power? Inspired by the He For She campaign, which acknowledges the need for men in the women’s movement, this production asks: In a militarized surveillance state, can a woman be in charge?

See it if You'd like an interesting fresh take on Hamlet, genders switched. Uneven cast and direction, but Griffin is quite compelling.

Don't see it if You like your Hamlet straight, not reimagined. Read more

See it if You interested in a clever twist on the classic Shakespeare.

Don't see it if You don't have the patience for a particularly long show--3 hours. But it moved quickly.

“This Hamlet cuts through gender, and even, to a degree, sexual orientation. What we have is an everyman Hamlet who is all of us, and, as in Emma Watson's words at her UN He For She speech, calls for all of us to be both sensitive, and strong. Griffin has directed a remarkable, and deeply moving production. If this is the kind of art that develops in response to the current state of America, maybe there will be something good that comes out of it after all.”
Read more