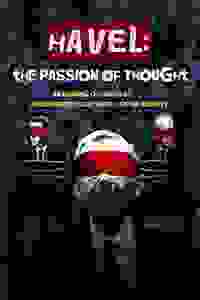 View in admin
Havel: The Passion of Thought
NYC: Chelsea
86
Score it Scored!

Havel: The Passion of Thought NYC Reviews and Tickets

In Audience, Private View, and Protest, the dissident Vaněk (Havel’s alter ego) encounters people trapped by the moral dilemmas inherent in a Communist system. The trio of plays is bookended by Harold Pinter’s New World Order and Samuel Beckett’s Catastrophe, the latter written in tribute to Havel.

The Vaněk plays (along with all of Havel’s work) were banned in Czechoslovakia, but that didn’t prevent people from performing them in their living rooms, copying them surreptitiously as samizdat (illegal, faded copies of banned work), or even recording them on vinyl.

See it if 5 shorts all well done with good casting and direction.

Don't see it if If you want a musical or something that is not deep.

See it if you don't know Havel; he is a must-see playwright. His 3 pieces have diff styles...and all are excellent. Bookend Pinter/Beckett are good.

Don't see it if you dislike provocative political plays. Acting is mostly strg. Gr night of theater, unless you only like airy musicals.

See it if you enjoy intelligent theater with thought provoking and relevant dialogue. Havel's 2nd and 3rd plays the best of the five. Good acting.

Don't see it if you like fluffy or humorous theater. Even the funny parts were dark. Read more

See it if to see a quintet of subversive political plays that illuminate the subjugation of dissidents in the 70s/80s/90s (& still resonates today).

Don't see it if u aren't interested in political theatre; u don't want to be confronted with the realities (from the POV of a rebel) of communist repression Read more

See it if Political play that are intense with good acting.

Don't see it if If you like musical Read more

See it if 5 one acts-brief yet w/the potency of a bee string Well directed by Ramagnoli, all show a creeping dystopian view of society past & present

See it if you are interested in experiencing theater of the absurd at its most politically committed.

Don't see it if scenes of muted political torture would upset you too much to sit through. Read more

Don't see it if Reliable acting from The Potomac Project offsets the thematically-appropriate, but superfluous bookend plays. (2:15) Read more

"A Vaclav Havel Trilogy Drives Evening of Political Theater. 'Havel: The Passion of Thought,' along with work by Harold Pinter and one by Samuel Beckett (dedicated to Havel), takes on morality and tyranny."
Read more

"Truth As the Immoral Fibre of Being in 'HAVEL: THE PASSION OF THOUGHT' at Atlantic Stage 2"
Read more

"That 'Havel: the Passion of Thought' still has much to say to us after 45 years says a great deal about the state of the world and human rights today. However, Richard Romagnoli fails to do justice to the plays by using the same flat style with all five."
Read more

"A sporadically interesting, though somewhat flat, theatrical experience, that, despite the horrific political situation in this country today, never manages to feel particularly engaged or relevant."
Read more