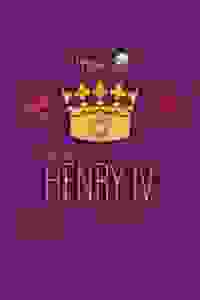 Hamlet Isn't Dead presents a gender-bending take on Shakespeare's celebrated coming-of-age story about one of history's most incredible kings.

King Henry IV is a monarch under siege. Not only does he have a full-blown rebellion to deal with, but his unruly daughter, Prince Hal, is showing no signs of the responsibility it takes to assume the throne. If only she could be more like Hotspur—the hot-headed gallant leading the rebellion! In Hamlet Isn't Dead's production, Hal is played by a woman, and the classic Shakespearean language is augmented by live rock music adding to the play's joyful style.

See it if You're a huge Shakespeare fan and want to see their version, with some interesting gender bending roles.

Don't see it if You want to see a good production. The idea was good but the acting, music and singing was bad and there was no sets or costumes at all.

79
Ambitious, Entertaining, Quirky, Enthusiastic, Gets off to a rough start but improves

See it if You like modern interpretations of classic plays. You want to support a young, scrappy & hungry company.

Don't see it if You prefer more traditional interpretations of classic plays. You don't want to be up close to the staging. Read more

Don't see it if Your idea of Shakespeare is classic & stiff, rather than the rough & scrappy troupe the originals must have been. Read more

See it if You like your Shakespeare condensed and delivered with a rock score . ..really condensed . A three hour play was done in 1 hour

Don't see it if You expect strong actors who understand verse.

See it if You enjoy seeing classic plays updated and don't need an elaborate set or large theatre.

See it if you like somewhat of a modern take on Shakespeare by enthusiastic company of young actors.

See it if you are a Shakespeare fan; like a fun, fast paced, well acted performance

Don't see it if you don't like very small space with actors on top of you; you like a more pure Shakespeare

See it if You want to see a Shakespeare play no matter the quality. There are funny moments at times.

Don't see it if You dislike cheap productions. Although the idea of "strong woman" means well, they shouldn't carry it out that way.

"A striking take on the material that lends it life, vigor, and a blistering pace that keeps the audience on the edge of their seats...Not a plot point gets missed, all major character beats are left intact, and the play moves brilliantly...The overall arc of the play works, but the tonal shift between acts is jarring...These niggles aside, Hamlet Isn't Dead's 'Henry IV' is a rocking good time. The take is clear, the music is awesome, and the performances excel."
Read more