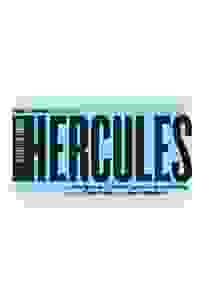 Disney's animated musical comes to life in this new participatory staging by Public Works. The free, outdoor production features a cast of professional actors and community groups from across the city.

The Public Theater’s initiative that invites communities across New York to create ambitious works of participatory theater is closing out the summer in truly epic fashion. Public Works will present the glorious story of HERCULES, brought to vibrant life by professional actors and community groups from across the city. Directed by Public Works founder and Resident Director Lear deBessonet, this summer’s production, based on the Disney animated film, will feature the film’s beloved score, plus additional original songs by the film’s composer Alan Menken and lyricist David Zippel, with a new book by Kristoffer Diaz and choreography by Chase Brock. Journey with Hercules in this new stage adaptation that invites New Yorkers from all five boroughs to participate in a joyous musical that celebrates the heroes found in all of us.

See it if you want an entertaining, unsophisticated evening. Actors have as much fun as audience. Many good songs, well-staged. Pure, silly delight.

Don't see it if you want all actors to be professnl (is community effort). Many lyrics get lost (enunciate!) Kids' story, but clever book/nice message.

See it if You want a show that has some substance yet will put a smile on your face at the same time. Lots of flash and fun, big dance numbers.

Don't see it if You’re looking for quiet and subtle. At times they fill the entire stage and the aisles too!! It’s loud, brash and in your face fun. Read more

Don't see it if Rushed to rehearsal. For everyone to have a role, everyone must step onto the stage and often, all at the same time. Read more

See it if You’re seeking a family show that is very community driven, utilizing both professional actors and members of the NYC community.

Don't see it if You’re hoping for a big Disney show. There are a lot of people on stage, but this is still very much an unfinished work.

See it if you're excited to see a celebration of the way art can unite and empower communities.

Don't see it if you're expecting a super-polished, high-production-value Disney Production.

See it if Delightful, but not the best of the Labor Day Public Works. Loved the costumes and puppets, but the choreography was unfocused. Great band

Don't see it if Jelani Alladin is so charming and talented. He also hugged everyone at the stage door. Roger Bart was terrific. Jeff Hiller is a riot.

"The Strengths and Weaknesses of a Free Public 'Hercules'"
Read more

"Community theater of the most spectacular kind."
Read more

"Hit or myth? This legendary hunk finds a musical home — this time with a sense of community."
Read more

"‘Hercules’ proves strong enough to lift all of Central Park, but only for a few days."
Read more